This is where all the waste goes when you flush the toilet in an airplane!

Ever wondered what happens to toilets on flights? Where all of the waste goes? We tell you what really happens. 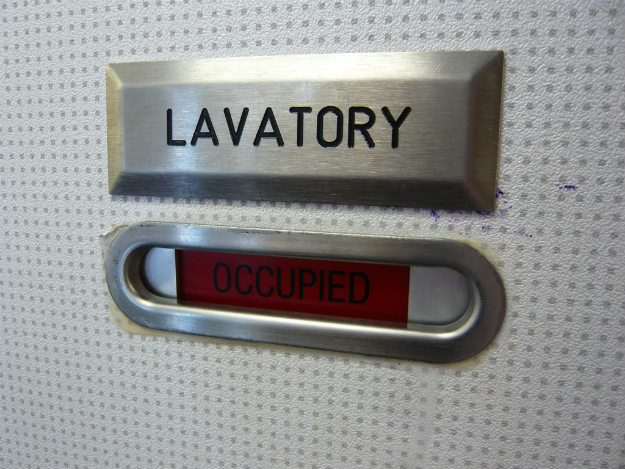 We all know that the airplane lavatory is much, much better than the smelly train washrooms, but hey, they are still windowless and tiny. And it becomes really messy during long flights. Have you ever thought what happens to all the waste once you push the flush button? Also Read - Uttar Pradesh Extends Lockdown Till June 30; Temples, Malls, Hotels to Open From June 8

Earlier, the commercial flights used blue-colored disinfectant in the lavatory waste system. The system was faulty and would usually leak. At high altitude, the disinfectant froze along with the human waste mixture. Also, dumping the waste during mid-flight was not allowed (We are actually thankful for that). So, a better system had to be developed to tackle the problem. Also Read - Nepal Tables Controversial Bill in Parliament For New Map Amid Border Dispute With India

The modern vacuum toilet system by James Kemper provided the solution. The main feature of the system is the non-stick Teflon coating and vacuum. The waste is sucked inside, when we press the flush button, and the toilet bowl is then coated with Teflon. The waste is transferred via pipes to a tank, which is located underneath the aircraft. After the airplane lands, the waste is taken out through a hose in a truck, which is called- Honey truck. The tanks on the airplane is sanitized after transferring the waste to the truck. The waste is then taken to the sewer.

Here is the video to show you how it is done.