This nomadic couple went on a 17-year-long world road trip and came back with 4 kids!

The most epic road trip ever. Here's their story. The Zapps never dreamt in their wildest dreams that they will be on the road for as long as 17 years straight. What started as a six-month-long road trip with just the two Herman and Candelaria Zapp, turned out to be a 17-year-long trip. And thats not it, whilst on the trip, the two even had four babies as they globetrotted around the world. Seems impossible right, but this couple did it and has finally ended their long journey to return home after becoming the ultimate nomadic couple. This is their story and heres how it all unveiled. Read on to learn their immense feat. ALSO SEE This incredible Indian couple quit their job to travel the world  Also Read - Do You Have Celiac Disease? You May Die Prematurely

The initial plan of the Zapp couple was to take a six-month-long road trip from Argentina to Alaska in a vintage vehicle and then come back home to start a family like a normal couple. However, the couple got stranded in Ecuador and their money nearly ran out and the country was undergoing a financial crisis. In order to survive, Candelaria started making watercolor paintings, framed them and started selling them. By doing so, the couple generated enough income to head to the next leg of their journey. It was this experience that made them realize that they didnt have to stop. They could go on by figuring out a way to earn some money and then move on to the next destination. And little did they know that they would end up being on the road for 17 years and in the time visit 73 countries across six continents and stay in the homes of 2,500 strangers and best of all, become a family and raise their four kids whilst on the road. Also Read - Entertainment News Today April 9, 2020: Zoa Morani Feels Much Better Says She is Responding Well to The Treatment 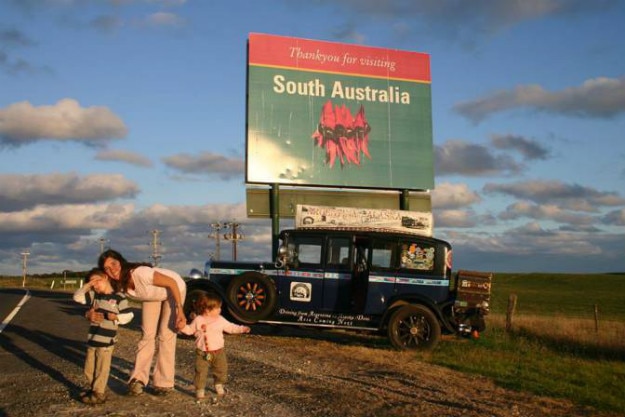 After four years on the road, the couple gave birth to their first child in Alaska. They did head back home for a short duration after the baby was born but set out soon to explore places they hadnt yet seen. But for the family, the journey has been more about the people than the places as strangers welcomed them into their homes and hearts and their kindness was heart-warming to see. Over the years, they met countless kind people who helped them out with food, stay and meals over interesting conversations. In 2006, the couple welcomed their second child and in 2008, Candelaria gave birth to her third child and only daughter in Canada. ALSO SEE Inspiring story of Indian Navy officer who sailed around the world

Herman believes that the experiences and acts of kindness, the generosity of the people, the interaction with people from all backgrounds, race, religion and culture is what has shaped their kids minds and made them well-rounded individuals. In fact, their first son is often invited to speak up at events about his travels that have helped him become a global citizen. The couple have homeschooled their children and the older two also have a YouTube channel where they make and upload comedy videos. 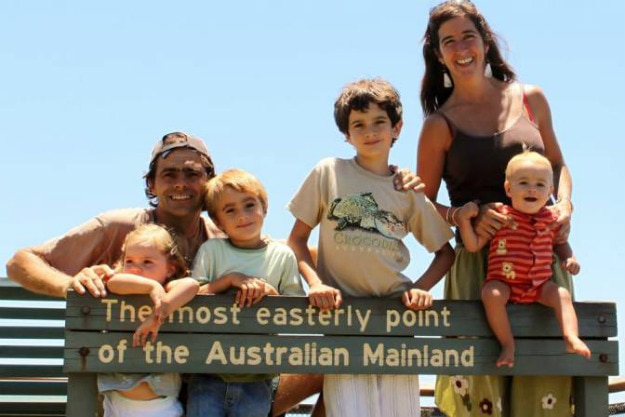 However, the traveling, nomadic family is finally ending their trip and heading back home to Argentina. They still arent sure how they will feel and react once it sinks in that the journey is finally over but as of now, they are excited to see their extended family that they havent really spent time with for nearly two decades. Their last stop is Europe before heading back home. The couple is pretty sure that their kids will adapt easily just like they have until now. ALSO SEE Pakistani girl breaks stereotypes and takes epic journey on her bike

As of their plans, they still want to see some more places in the world however, their main aim is to help other people by making their dreams come true. They first published a book Spark Your Dream in 2005 that became a bestseller in Argentina and since then, theyve had 11 editions of their journey. Having made thousands of friends on their extensive road trip, they now want others also to accomplish their dreams and help them in any way possible. The inspiring familys epic journey is one of the best ones weve come across and it is heartening to know that you can make your travel dream come true despite odds like money, raising a family and any other obstacle you may find. The couple and their kids are surely one of the most well-traveled people in the world.