Amidst the staggering beauty of Jodhpur: from golden deserts, crumbling yet magnificent forts, to resplendent palaces and opulent hotels, an event such as this just adds on to the flavour.

What started in the 2007 as a an annual music and arts festival to promote traditional folk music at the gorgeous Mehrangarh Fort in Jodhpur has today become one of the most awaited events in the country. It is a five day cultural event happening on the auspicious occasion of Sharad Purnima from 24 – 28 October this year. Also Read - Wife Entitled to Know Husband's Income, Can Seek Info Through RTI, Says Central Information Commission

Two patrons head this creative festival; the current maharaja, HH Gaj Singh II being the Indian patron while Mick Jagger from ‘The Rolling Stones’ as the International face. Also Read - IIT Jodhpur to Help NHAI in Better Design And Infrastructure For Highways

The idea behind this is to promote and give a platform to the hugely unheard talented folk musicians of Rajasthan, as well as to bring life and visitors back into the magnificent 15th century fort. International artists collaborate with homegrown musicians and give life to innovative music. Also Read - Jodhpur Lockdown News: Total Shutdown Imposed in The District Amid Rising Number of COVID-19 Cases | What's Allowed, What's Prohibited 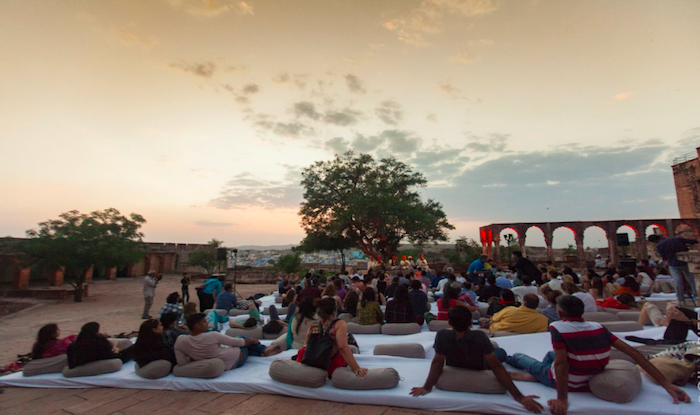 Amidst the staggering beauty of Jodhpur: from golden deserts, crumbling yet magnificent forts, to resplendent palaces and opulent hotels, an event such as this just adds on to the flavour.

This year, especially, there’s a little something for everyone. You may expect traditional Rajasthani dances from the martial-looking Gair dancers to the joyful Chang Nritya; Kachi Ghodi dance performances and workshops of the ancient and endangered art of Phad painting for children; a live performance by singer and sarangi maestro, Lakha Khan Manganiar; immersive bootcamps on various dance forms like belly dancing, Kalbeliya and Ghoomar; as well as several atmospheric dawn musical performances as well as late-night jams.

If this doesn’t make you book your tickets to the festival, we don’t know what will.