If you are in Hyderabad, you cannot miss out on the wacky, world record-holding Sudha car museum. 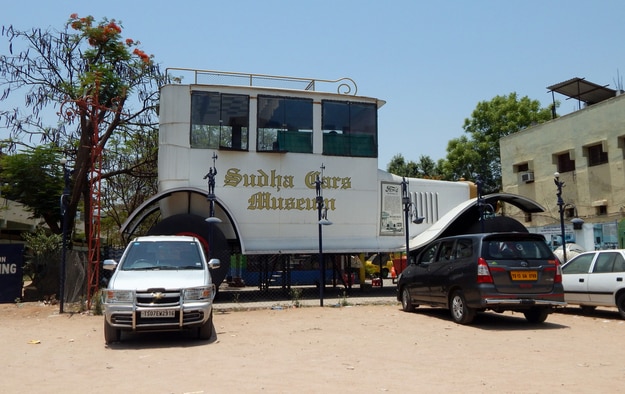 Ever seen a car shaped like a toilet, or a cricket bat? How about a bike that looks like a condom? That is what you get to see at the Sudha Car Museum, an establishment in the cultural melting pot and metropolis of Hyderabad. The museum of cars of the vintage and wacky kind is the brainchild of K Sudhakar Yadav, a man who holds the Guinness World Record for building the biggest tricycle in the world, measuring around 41 feet in length, and for building the smallest train in India that can hold around ten people. The museum itself stands out in a city steeped in royal heritage and modern malls and multiplexes, and offers an experience different from the usual Hyderabad travel route. ALSO READ: 9 photos that prove Hyderabad is the best city to stay in India Also Read - Hyderabad MBA Graduate Stages Robbery Drama, Steals Rs 8.5 Lakh For Girlfriend's Treatment; Arrested

The vintage cars that hark back to the early days of the Indian automotive world would bring in the enthusiasts. But the creatively designed cars and bikes are sights to behold even if you are cannot understand the difference between a carburetor and a crankcase. Sudhakar has been into modding junk bikes and cars since his early years. He started the museum in 2010 as a way to present his creations to everyone, and people have been grateful for that. The museum has since become a popular spot for those who want to do more than visit the Char Minar or feast on some biryani, however delicious they are. Also Read - Telangana Latest News: All Shops, Except Malls, to Reopen Today Onwards in Hyderabad to Curb Overcrowding 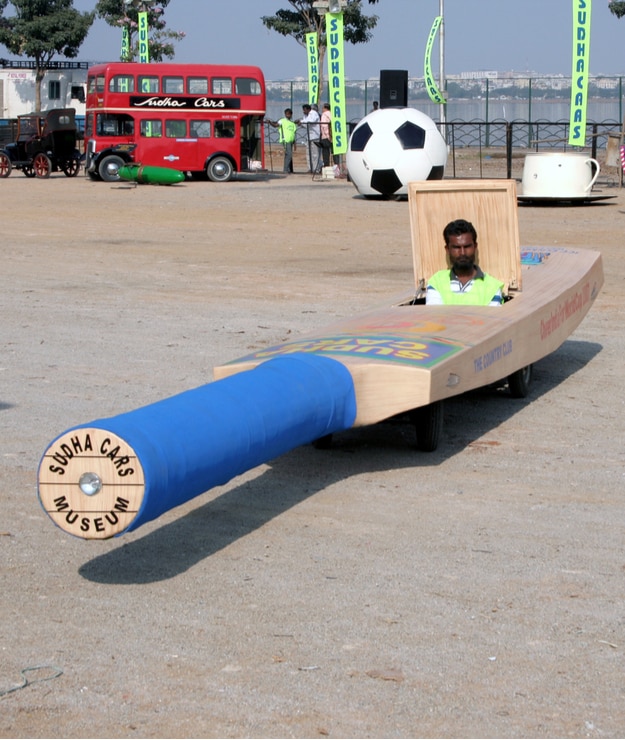 A cricket bat-shaped car at the museum

The museum includes several bikes and cars of all shapes and sizes, from tiny little bikes and the world’s smallest double-decker bus to the aforementioned gigantic tricycle. Each of these comes with plaque that tells you the time it took to create the machine and, helpfully, how fast it can go. Not that you can test it though; unfortunately, none of the creations in this museum are for sale, and neither can you test them out. So your dreams of riding the streets of Gachibowli in a coffee-cup shaped vehicle will remain unfulfilled. But you can still imagine yourself riding all the contraptions here, or better yet see them at public parades where Sudhakar offers them out. Also Read - 48 Self Check-in kiosks, Staggered Seating Arrangements - How Airport of This City is Gearing up to Resume Domestic Flight Ops

A lot of these vehicles seem to have been designed just because Sudhakar imagined it so and turned his imagination into reality. But the man has also built some bikes and cars for certain occasions. The condom bike mentioned at the start was built to commemorate World AIDS Day; a noble and praiseworthy effort. He also built cars shaped like handbags and high-heel shoes for Women’s Day and a fleet that looks like a pen, pencil and sharpener for Children’s Day. Then you have cars shaped like bridal dresses and lipsticks and a train that looks like jewelry items. 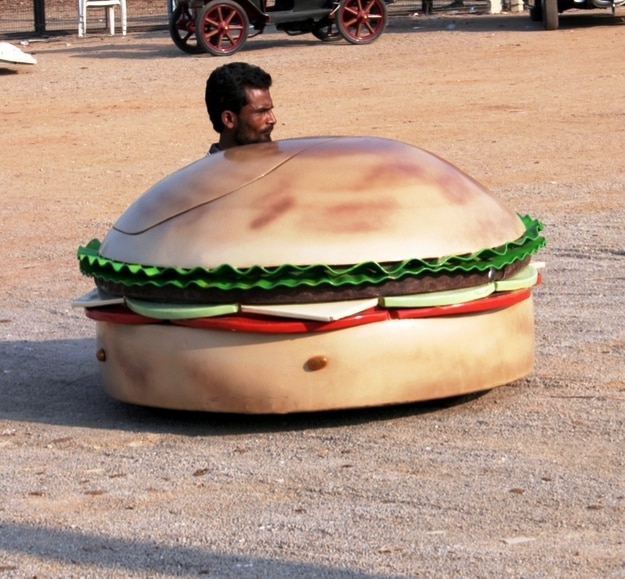 A burger-shaped car at the museum

Some of them have take up to three years to be built, and the quirky designs are often accompanied by equally quirky names. Even more interesting is the fact that the bikes and cars in this museum have been built mostly using scrap pieces, and most of the vehicles still work. The museum is open throughout the week, from around 9:30 in the morning to 6:30 in the evening. It takes around 30 minutes to cover the whole museum, which is located near the Zoo Park in Bahadurpura (West). The creations have been placed in three halls for the three sections – commercial cars, creative cars and bikes – and there are some folks present to explain the displays to visitors. NOW READ: Indias Most Haunted: Kundanbagh haunted house in Hyderabad