This Picture of Student of the Year 2’s Ananya Panday Shows How To Do Paris Right!

Ananya Panday is the new star kid on the block and this picture of the Student of the Year 2 actress from Paris shows that she is here to stay! 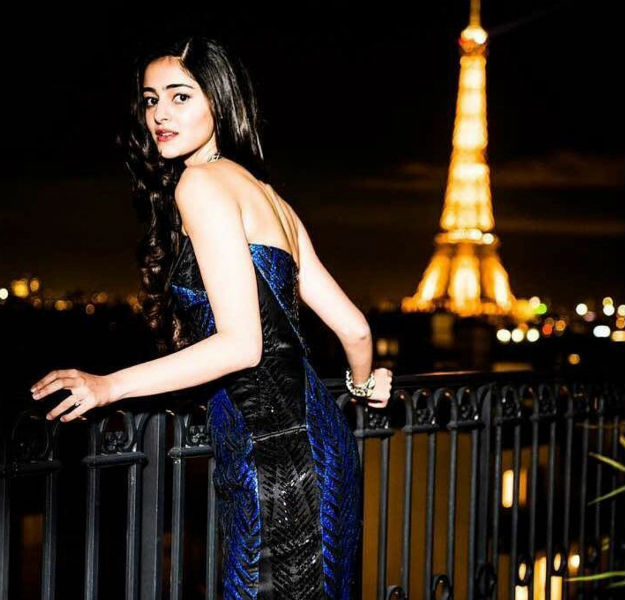 What is the first place that comes to your mind when you think of a vacation? For most people, one of the top names on their bucket list is the romantic city of Paris. Known as the fashion capital of the world, Paris draws in tourists from all over the world all year round. Be it the food, the art, the architecture or the culture, Paris is one of the most prominent and alluring cities on the face of the planet. One of its prime attractions and a monument that makes it to all of its postcards is the huge Eiffel Tower. It is one of the most visited monuments of the world and there is not a single tourist who wants to come back from Paris without a picture posing against the backdrop of the Eiffel Tower. But if you want to know how to get that shot right, you can take a leaf from the book of one of Indias newest stars. We are speaking of none other than the lovely Ananya Panday, daughter of yesteryears star Chunky Pandey. ALSO SEE These Stunning Photos of Paris Show Why it Features on Every Bucket List Also Read - Ananya Panday Accepts Mistake of Making The Nepotism Comment, Says 'I Didn't Articulate What I Wanted to Say Better'

Are you ready? Because we are#Repost @dharmamovies with @get_repost ??? Give a warm welcome to the Class of 2018 at Saint Teresa! Ready or not, HERE WE GO! See you in theatres on 23rd November 2018!#SOTY2 @karanjohar @apoorva1972 @tigerjackieshroff @ananyapanday @punitdmalhotra @foxstarhindi

The beautiful young lady has been in the news lately since her name was announced in the cast of the movie Student of the Year 2. For the uninitiated, SOTY 2 is a sequel to Karan Johars successful venture Student of the Year which launched Alia Bhat, Varun Dhawan and Siddharth Malhotra in Bollywood, and right into the hearts of millions of fans. Now, with the announcement of SOTY 2, fans are getting all excited for some college-like fun! While Tiger Shroff needs no introduction, Ananya Panday is fairly unknown to the people of India. However, her Instagram following increased by almost a 100,000 overnight after the announcement was made. And when we checker her account, we were pleasantly surprised to see this spectacular photo of hers from Paris. Have a look!

And finally, I was blessed enough to wear @jpgaultierofficial at @lebal.paris

Tell us, dont you feel like heading to Paris and getting an amazing picture like this one of the Student of the Year 2 actor? Looks like the young Ananya Panday is already making fans!