This poet on a cycling trip of Uttarakhand faced the brunt of demonetization!

His budget trip across Uttarakhand at the time of demonetization is an inspiring travel story. 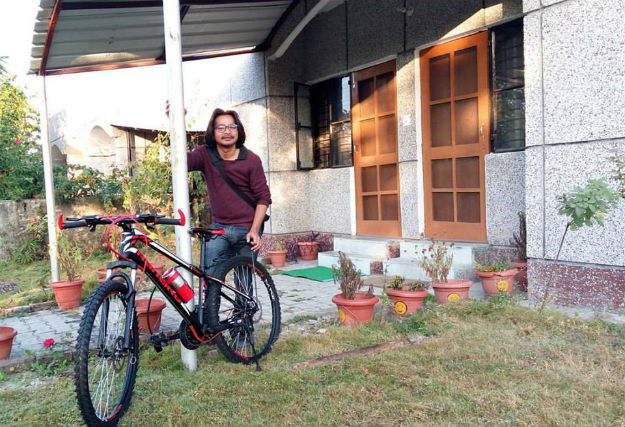 Travel often becomes more meaningful and enriching when you have some mission attached to it. While most people like to just wander, relax or indulge in adventurous activities on their trips, there are some who travel to spread a message or help people on the way. One such traveler is Sanjaya Shepherd. A poet and writer by profession, Sanjaya embarked upon a journey on his bicycle from New Delhi on November 5 with a mission to interact with students in Jawahar Navodaya Vidyalayas (JNVs) across the state and to introduce them to the nuances of Hindi poetry and literature. It was to be a 1-month trip and he had enough cash to survive for a couple of days. However, like the rest of the country, he had no clue that on November 8, Prime Minister Modiwould be announcing that Rs 500 and Rs 1000 notes won;t be legal tender anymore. And that’s what made the situation very tricky for Sanjaya. (ALSO SEE One man cycled from Bangalore to Lucknow to prove that people are kind and the world is a good place) Also Read - BWF Freezes Rankings Amid Coronavirus Outbreak, Standings Backdated to March 17 to be Basis For Entry in Future Events 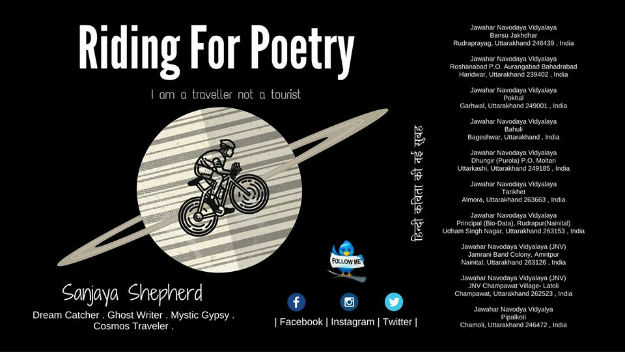 Also Read - Delhi Police Detains Over 3,000 Violators of COVID-19 Lockdown, Then Lets Them Off With Warning

Shepherd had barely thousand rupees in his pocket when the announcement came. He was in Haridwar when the announcement came on November 8. He paid off the lodge charges of Rs 300 in Haridwar and was merely left with Rs 680. This meant that he had to extend his stay in Dehradun and his schedule was pushed back by two days.Since even the ATMs were going to be shut for a couple of days, he was relying heavily on volunteers and friends to see him through this time. However, the whole nation was in a fix and the people of Uttarakhand were no different. While in general, locals in the state are extremely friendly and helpful (there are almost famous for their hospitality), this was a difficult time. Most villagers were out of cash themselves and were trying to figure out their own lives. 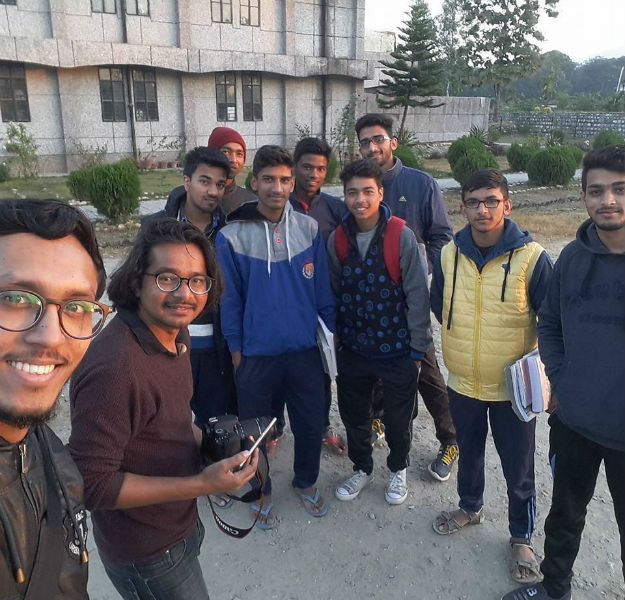 As he continued his journey across Uttarakhand, villagers continued to be friendly. Many opened up their homes to Sanjaya and provided him with a bed to sleep and food to carry on. This has helped Sanjaya to carry on with this mission of popularizing Hindi literature among the youth in Uttarakhand. (CHECK OUT This man quit his job and traveled 12,000 km in 150 days across northeast India and Bhutan!) Kids who are being mentored by Sanjaya have started writing their own Hindi poems which will all be released in a booklet at the end of the trip. It is overwhelming to see these kids write on issues like atrocities against women, life and other important topics of society. Having covered four JNVs so far, Sanjaya Shepherd’s budget trip is already looking like a success. It did hit a bump on account of the demonetization chaos but thanks to the friendly nature and kindness of Uttarakhand’s villages, he is sailing through!