This Sri Lanka video is giving us some serious travel goals!

With the long weekend just around the corner we cannot help but begin drawing up our wish list of places to visit. And this video of our favorite neighbor (besides Bhutan, of course) is sparking some serious wanderlust! 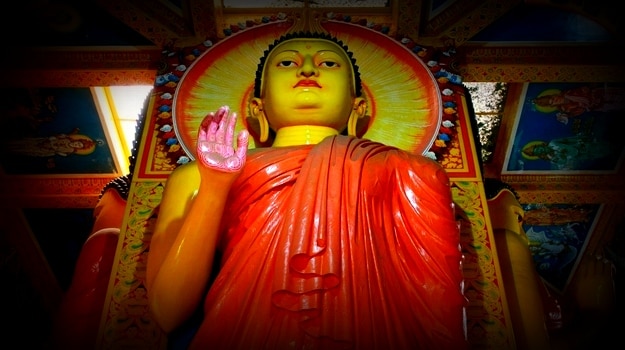 If you havent already worked it out for yourself, we love Sri Lanka. Theres absolutely nothing about the island nation that puts us off. From its surprisingly clean roads to its virgin beaches, from its ancient towns to its modern cities, Sri Lanka has everything going for it right now and we want to be part of it. For several reasons, Sri Lanka has been caught in a time warp. So you still see Morris Minors on its streets, old-school train coaches and engines that run on diesel and architecture that harks back to an era gone by. (ALSO READ 21 things to do in Sri Lanka) It was no surprise then that Anurag Kashyap chose to shoot his period drama, Bombay Velvet, in the island nation. With the end of the bloody civil war that left it crippled for more than quarter of a century, Sri Lanka is now looking forward to an extended period of peace and prosperity. (ALSO READ Top 9 things to do in Colombo) The change in government has brought in a fresh lease of life into the island nation even as the countrys young are eagerly looking forward to a future of hope and happiness. And so it only seems apt that a video that shows some of its best sights — from its beaches to its culture to its natural phenomena to its people — be set to a famous speech. In this case, it is the one delivered by Charlie Chaplin at the end of the iconic movie, The Dictator. In this world there is room for everyone, he says, And the earth is rich and can provide for everyone. Looking at the video, we cannot help but agree. Do watch! Also Read - Mouni Roy Goes Bold in Hot Blue Bikini as She Flaunts Her Perfect Washboard Abs, Throwback Pictures go Viral