This website helps unmarried Indian couples to get a room! 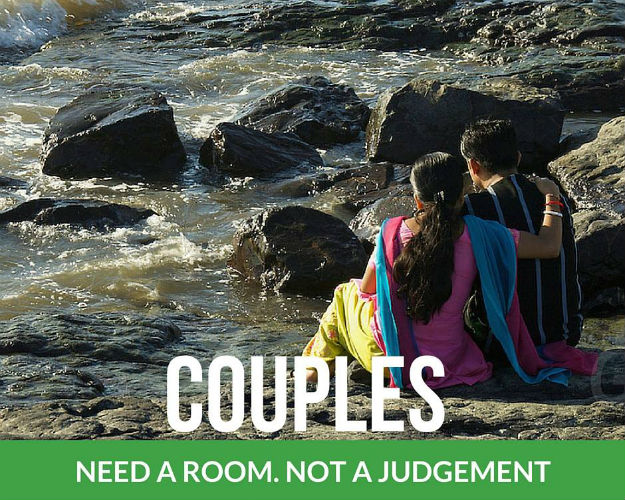 Stay Uncle is a Delhi based start-up that was established in December 2015. The website helps unmarried couples book a hotel room for as less as eight hours in reputed and safe hotels where they can be stress free about being shamed or harassed. We all know how much any form of Public Display of Affection is looked down upon in India. There are one too many in the society who’re rather keen on meddling in somebody else’s business making it all the more difficult for unmarried couples to find some space for themselves without worrying about moral policing. (DON’T MISS More stories on Couple Travel) Also Read - Emma Raducanu Knocked Out of Australian Open

Sanchit Sethi founded Stay Uncle in India’s biggest cities, Delhi and Mumbai. With the concept of premarital sex being accepted a lot more widely by the contemporary generation, a lot of young couples have no place that reassures safety, especially from being attacked physically or fearing hidden cameras in the room. As a matter of fact, it is not illegal in India for an unmarried couple to book a room. Yet, several hoteliers are often extremely reluctant to avoid vague confrontations and hassles from the police. Sethi believes that couples need a room, not a judgement and in a lot of ways doing his bit in changing the mindset of people in India. Also Read - Zee News Opinion Poll For Punjab: Charanjit Singh Channi Emerges As Most Preferred CM Candidate

ALSO READ 7 free smartphone apps every traveler should have

Finding affordable rooms that make unmarried and consented couples feel comfortable during their stay is what Stay Uncle aims at. Though the company is at the infant stage, it ha already catered to around 200 couples in Delhi and Mumbai. The company ties up with reputed hotels in cities on a commission basis and allows people to book a room only if they hold a government issued identity card. Though there are around 34 hotels listed in Delhi and 10 in Mumbai, the website is getting noticed by the biggies in business like the Trident and Oberoi who seem to be  up for giving their rooms out to couples for eight to 12 hours instead of the regular 24 hour cycles. Most bookings for hotels listed with Stay Uncle range from Rs 1400 to Rs 5,000 for an eight hour stay.