Neora Valley is home to the only virgin forest in West Bengal, and spotting tigers here is a huge deal. 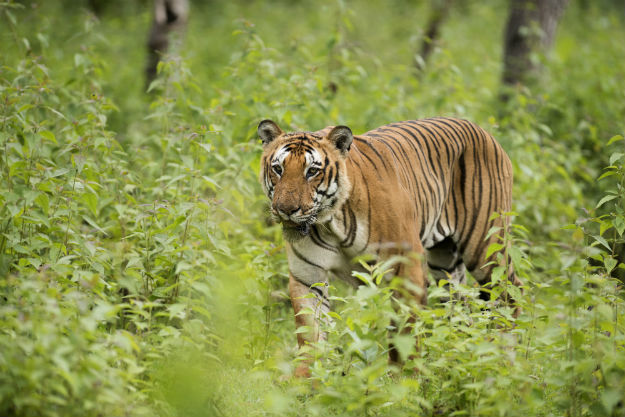 Let’s chalk up another small but consequential win for tiger conservation, shall we? Three tigers were recently spotted at different parts of the Neora Valley National Park in Kalimpong district, West Bengal. Nisha Goswami, the divisional forest officer, confirmed the spotting of tigers to the New Indian Express. Camera traps placed across the virgin forest of Neora Valley caught photos of the tigers, and samples have been sent out for verification. ALSO READ: Makar Sankranti 2018 in Tamil Nadu: How Thai Pongal is Celebrated Also Read - Mamata Ropes in Abhijit Banerjee on COVID-19 Advisory Panel For West Bengal

The number may seem small, but it is a happy moment for tiger conservation in India. Neora Valley is the only virgin forest in West Bengal state. Virgin forests, also called primary forests or old-growth forests, are those that have survived with no significant disturbance by human beings. As a result, they are ecologically unique and very different from forests have been impacted by human activity. There is greater diversity in the animal and tree species, and even today Neora Valley remains closed to humans to keep this diversity intact. Also Read - Coronavirus: Man Killed in West Bengal as Groups Clash Over Setting up of Quarantine Centre

It’s not yet clear if the three tigers spotted were the same. Photos have been sent out to determine whether there is one or multiple big cats now prowling the forest of Neora Valley. Initial reports suggest that the stripe pattern and size of the tigers captured are different, which could mean that these are indeed three distinct tigers. If so, the number of tigers spotted in Neora Valley National Park will be five in the span of just a year. Also Read - West Bengal: All Students of Class 1 to 8 to be Promoted to Next Class Directly

Located across around 160 square kilometres of land on the Kalimpong hills, Neora Valley is home to one of the richest biological zones in east India. Many parts of the forest are so dense that sunlight hardly makes it to the ground, trapped in the layers of the green canopy above. Undisturbed and pristine, the forest lies along the border of Bhutan and India, the Neora River snaking through the valley. NOW READ: Travel Advisory: Several Northern, Eastern States Reel Under Cold

The first tiger was spotted by driver Anmol Chhetri early last year, after which four camera traps were placed the next day. The second tiger was caught by one of the camera traps a few days later. And a few days ago, the third one was captured by another camera trap.