The first song for Salman Khan and Katrina Kaif's much-awaited Tiger Zinda Hai is out and it looks hot AF! The duo is killing it on screen as usual and the stunning Greece backdrop is only making them look hotter. Have a look!

Trust Salman Khan and Katrina Kaif to make waves every time they get together – on or off screen. Their much-awaited movie Tiger Zinda Hai which is a sequel to the popular Yashraj blockbuster Ek Tha Tiger has been on the mind of many a Bollywood fan for quite some time now. And now, to flame the interest and hype surrounding the film, the makers have released a hot new song titled ‘Swag se Swagat’. As you can expect, Salman Khan and Katrina Kaif are setting the screen on fire in this groovy number. But what caught our attention is the location where the song has been shot. Lending a picturesque backdrop to Salman and Katrina’s sizzling chemistry is none other than the beautiful Greece. (ALSO SEE Katrina Kaifs hot photos and videos from Maldives will spark your wanderlust!) The marvelous blue water and immaculate white churches of Greece lend more glamour to the charismatic Salman-Katrina pairing in the song. As the two actors groove to the beats of the song, you cannot help but be mesmerized by the stunning locales of Greece where the song has been shot. Also Read - Wajid Khan's Death: Salman Khan Pays a Loving Tribute to His Dear Friend And Frequent Collaborator 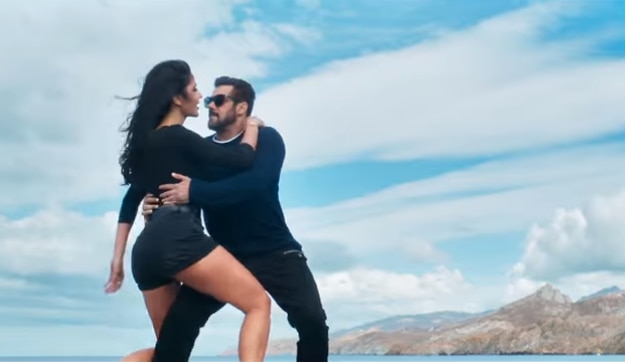 If this song is anything to go by, you can expect more amazing locales in the film Tiger Zinda Hai. While all the ‘Bhai’ fans eagerly wait for this Salman extravaganza, here is a look at the hot song that is sure to get you grooving and also make you consider Greece for your next romantic vacation! Also Read - Wajid Khan Funeral: Music Composer Laid to Rest Next to Irrfan Khan's Grave at Versova Cemetery

Makes you all the more excited about Tiger Zinda Hai, doesn’t it?