Summer vacations are around the corner, and there are lots of child friendly summer holiday destinations in India where you can have some wholesome fun with your kids.

Another academic year is coming to an end in India, and a lot of kids would be looking for a break from the monotony of school life. Summer vacations are the perfect time for the whole family to come together and spend some quality time together that they would remember throughout their lives. But the summer heat is also weighing down on India, so you need to choose your destination with care. To make things easier, here are 10 of the best child friendly summer holiday destinations in India. Also Read - Batsmen at Advantage if Nothing Allowed to Shine The Ball: India Batting Coach Vikram Rathour 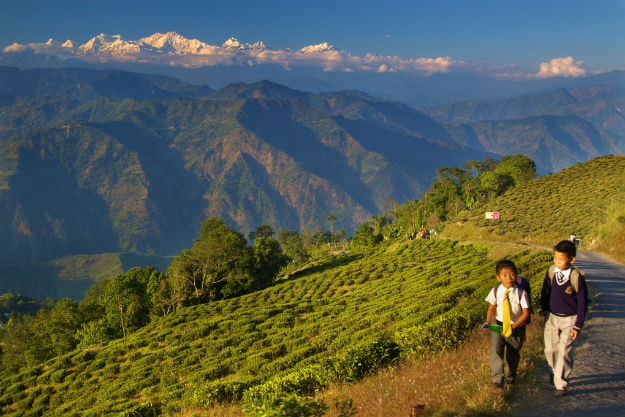 One of the most popular hill stations in India, Darjeeling lies around 2,134 metres above sea level amidst the mighty peaks of the Himalayas. The weather during the summer is pleasantly cool, and the atmosphere is clear enough for you to get the clearest view of the Himalayas, including Mount Kanchenjunga, the third highest mountain peak in the world. Another big draw of this hill station is its famed toy train. Darjeeling is one of the very few places in the world that still operates steam trains, and the toy train journey through the hill station and New Jalpaiguri is one that you and your kids will definitely remember. Also Read - World Environment Day 2020: List of Most Critically Endangered Species in India 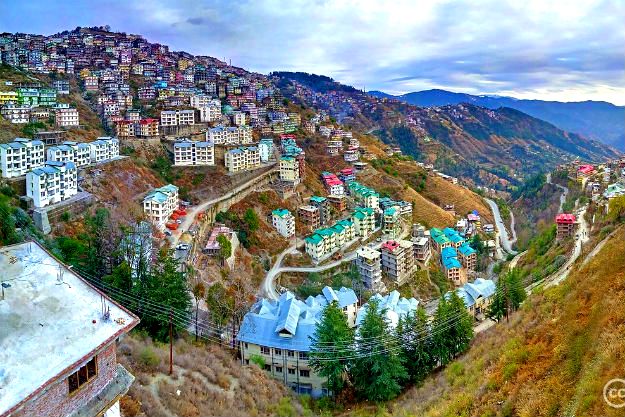 Shimla in Himachal Pradesh is another very popular summer destination in India for all kinds of travellers, including families. The former summer capital of British era India is a great place to visit during this time of the year. The mercury does not drop too low during the summer months, but the picturesque snow-clad mountains are still there around the hill station. Shimla has its own toy train route, running up to Kalka. The 96 km-long rail route is definitely worth the ride, and Shimla also has a number of activities to engage your children. You could go camping up Potter’s hill or take your kids to learn skiing on Kufri. River rafting on the Sutlej is also a great activity for the entire family. Also Read - KIH vs HAE Dream11 Team Players Prediction Korean Baseball League 2020: Captain, And Fantasy Baseball Tips For Today's Kiwoom Heroes vs Hanwha Eagles Match in South Korea 3 PM IST June 4 Thursday

At a height of 6,398 feet above sea level, Manali in Himachal Pradesh is also an ideal summer holiday destination in India for the kids. You can explore the town and its fascinating markets and temples, or soak in the snow-capped mountains around you with your children. If you are in the mood for a family adventure, you have a lot of activities to choose from. You can go white-water river rafting, angle fishing or go up to Solang valley for some paragliding and skiing. With its well-connected roads, Manali makes for a great base from which you can go from one adventure to another for the whole family. The hill station is at its peak during the summers, when its weather is most pleasant. ALSO READ: 5 great treks around Manali for every mountain lover 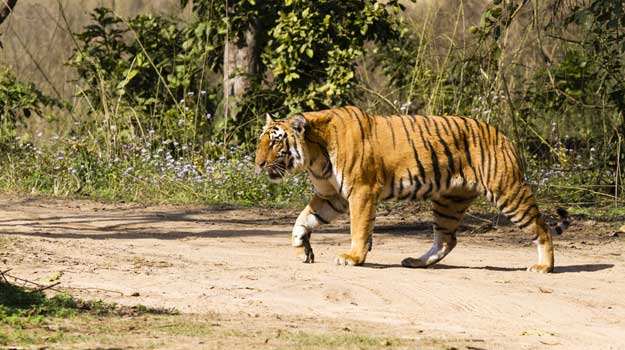 Founded in 1936, Jim Corbett National Park is India’s first ever national park and the inspiration behind Project Tiger, the wild tiger conservation project that resulted in 22 tiger reserves being formed. Its position in Uttarakhand means that the temperature is cool enough to take the entire family along. Jim Corbett National Park is also well-connected via Delhi, Lucknow and Agra. The summers are also when many of the park’s most exotic species can be spotted more often near waterholes. You may be able to find tigers as well as spotted deer, sloth bears, peacocks, crocodiles, leopards, jackals and monitor lizards in your safaris at the park. 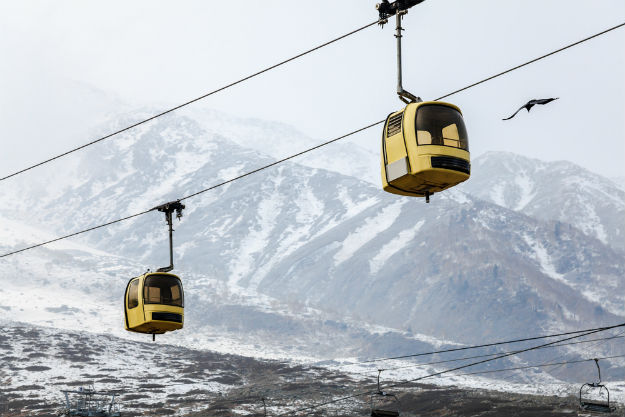 For a more relaxed escape from the summer heat, you can visit the town of Gulmarg and the beauty that it is shrouded in. Gulmarg was one of the favourite haunts of legendary Mughal king Jehangir, and its connectivity with the capital city of Srinagar makes it all the more popular in the present day. It also claims to have the world’s highest golf course, but that may not fascinate your kids as much. What will grab their attention, however, is Gulmarg’s ski resort, considered to be the base of India’s winter sports. The hill station is also a great spot from which you can visit the nearby Nagin Valley, Apharwat peak and Pattan peak. 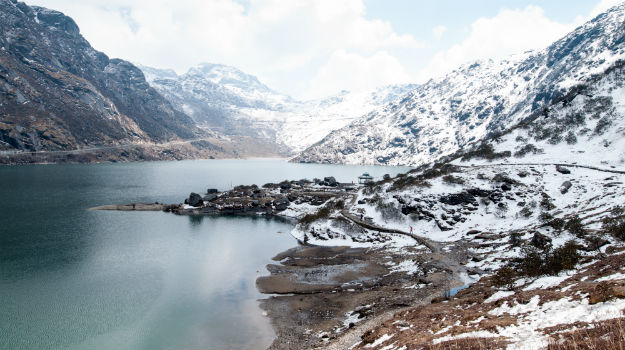 If you are looking for a summer holiday destination in India that is a little less popular and heavy on the pocket, you could consider Sikkim’s capital city of Gangtok. Lying less than 100 km north of Darjeeling, Gangtok is situated a little deeper within the Himalayan mountain range and gives a more imposing and majestic view of the mountains around it, including Mount Kanchenjunga itself. It is also positioned at a higher altitude, which translates to harsher weather. But summertime in Gangtok is relatively calm and friendly for children, who will get a taste of the Himalayas. Its lack of commercialisation means that the hill station is quieter than the others mentioned above, but it never gets boring. If you want some adventure, you can also go river rafting on the Teesta River. Or if you want to explore the local heritage, visit the Namgyal Institute of Tibetology. ALSO READ: Gangtok hotels under Rs 1500: 5 best budget hotels in Gangtok

Another popular hill station, Munnar is located down south in Kerala. Summertime temperatures are not as low as in India’s northern hill stations, but are still a break away from the heat of the plains. The aromas from Munnar’s sprawling tea estates also make for a pleasant departure from the smells of the city. The misty mountains and lush greenery are perfect ingredients for a relaxing break from the hustle of school life. There is a lot to explore here too, like the nearby Chinnar wildlife sanctuary in Idukki, the tea estates and Kanan Devan tea museum. You can also go trekking up the hills of Munnar or go paragliding through them. The nearby Mattupetty dam also offers boat rides for hours or even the entire day. 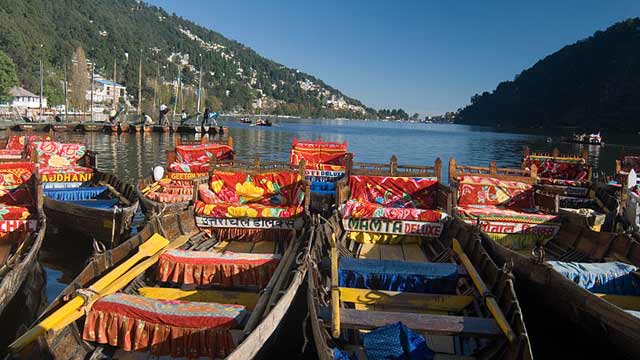 The hill station of Nainital in Uttarakhand sees its peak tourist traffic during the summer months, but it still makes for a worthwhile child friendly summer destination in India. Surrounding the pear-shaped emerald lake of Naini, this hill station is surrounded by mountains and is home to some of India’s most prestigious boarding schools. Nainital zoo is a popular place to visit for families and those interested in wildlife. If you prefer to explore the views of the Himalayas on offer, you can go up to Tiffin top or snow point view as well. Kainchi Dham temple is a popular stop for the religious, and you cannot miss a boat ride across the serene Naini lake. Nainital is also home to the fascinating Corbett museum, the house of the former hunter and conservationist Jim Corbett. 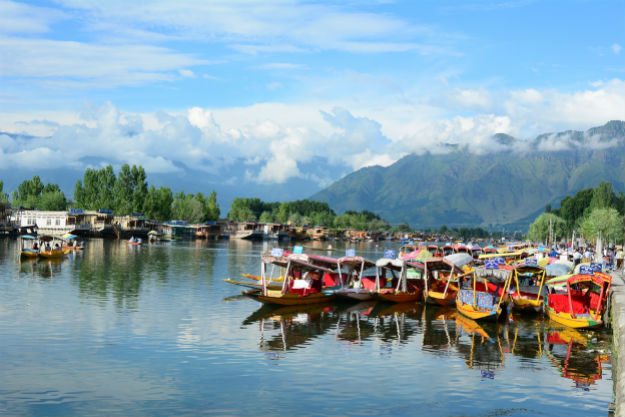 While all the above holiday destinations leave a lasting memory, none can make a mark like the scenic city of Srinagar. The capital of Jammu and Kashmir is a unique city that has caught the attention of many of India’s empires, including the Mughals and the British. With an altitude of 1,730 metres above sea level and the majestic Himalayan mountains around it, the valley town of Srinagar has all the components for a striking setting. Dal Lake is a must-visit, with its throng of houseboats that you can spend the night in. Srinagar also has expansive Mughal gardens and religious spots like the Shankaracharya temple and Hazratbal mosque. For adventurers, there are paragliding, river rafting and skiing activities around the city. ALSO READ: 15 awesome photos of Srinagar that will inspire you to take a holiday! 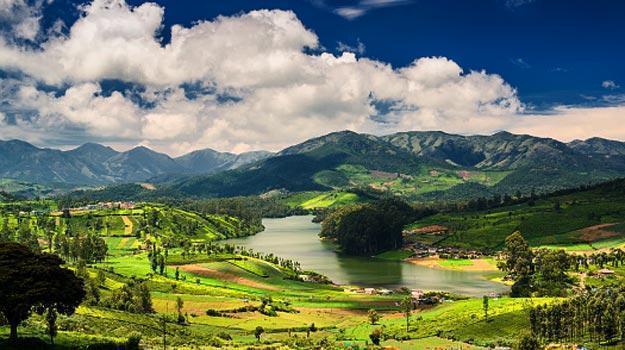 If you prefer a hill station in south India that is a little cooler during the summers than Munnar, you can pay a visit to Ooty instead. If you are visiting in May, you could even catch the splendid flower festival at the Ooty botanical garden. The 22-hectare garden is one of the most popular tourist sites of Ooty, with a wide variety of flowers, plants and trees. Kids can learn a lot about horticulture here, but those who prefer scenic vistas of mountains can visit Doddabetta Peak, the highest point of Ooty. From here, you can get the best view of the main town of Ooty and the hills around it. The weather during the summers is pretty cool, hovering at around 13-15°C in April and May.