Would you dare to take a ride on these most dangerous Indian roads?

Roads are arguably the most efficient mode of transportation. They take us to places that are not reachable by train or airplane. They play a significant part in a regions development, remember Silk Route? However there are some roads that are Highway to Hell. These roads are constructed in extreme locations like mountains or forests. Here is a list of some of the most dangerous roads in India. (ALSO SEE 8 spectacular coastal roads in India) Also Read - TY vs CHT Dream11 Team Prediction Women's Super Basketball League 2020: Captain, And Fantasy Basketball Tips For Today's Taiyuan Textile vs ChungHwa Telecom Match at Banqiao Stadium, Taiwan 4.30 PM IST 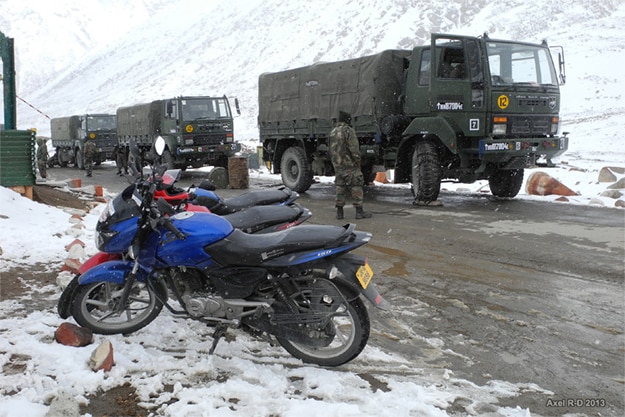 Located at an elevation of 5,360 m, this mountain pass is covered in snow almost all year round. You will feel nauseous and breathless while driving through this route. Carry a medical kit and extra warm clothes if you are planning a trip. Also Read - SPB vs BGR Dream11 Team Prediction, Vincy Premier League T10 2020: Captain And Vice-Captain, Fantasy Cricket Tips Salt Pond Breakers vs Botanic Gardens Rangers at Arnos Valley Sporting Complex at 6 PM IST 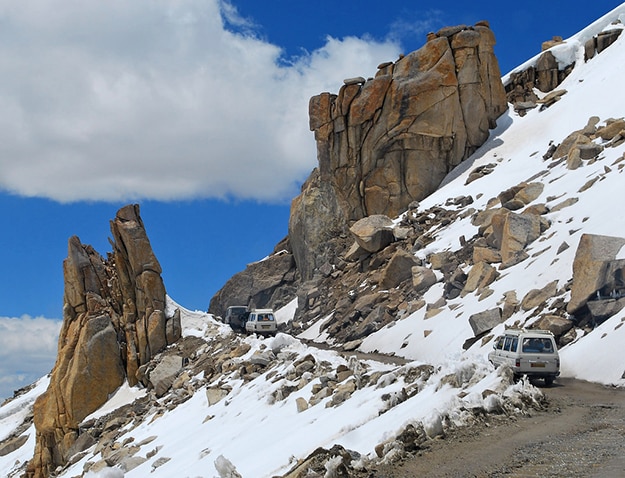 Located in the Ladakh region, Khardung La Pass is the gateway to Nubra Valley. The pass, which is heavily guarded by the army, has several hairpin turns. It is not operational between October and May due to the harsh weather conditions. Also Read - Now Other States Need Permission to Hire Workers From Uttar Pradesh, Says Yogi Adityanath 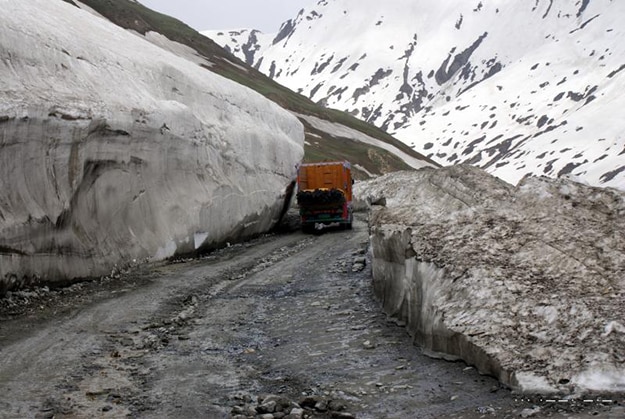 This mountain pass is located in Kashmir at an altitude of 3,538 m and is an important link between Kashmir and Ladakh. The pass is frightfully narrow and usually covered in snow sludge.

ALSO SEE Indias 7 most scenic train routes! Have you taken them yet? 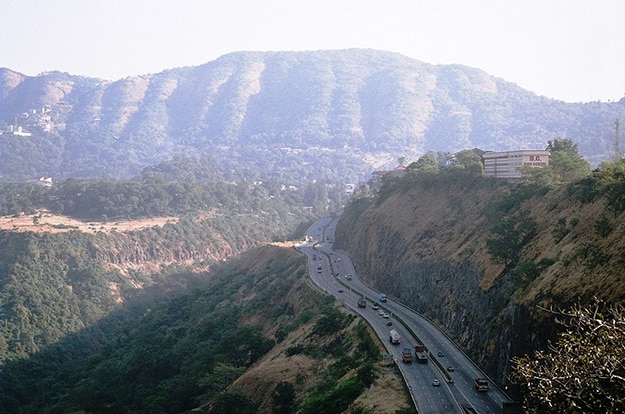 This zigzagging highway has witnessed a number of deaths due to rash driving. Some serious accidents have been caused by landslides. According to a report, between January 2006 and August 2014, about 14,186 accidents occurred on the Mumbai-Pune expressway. 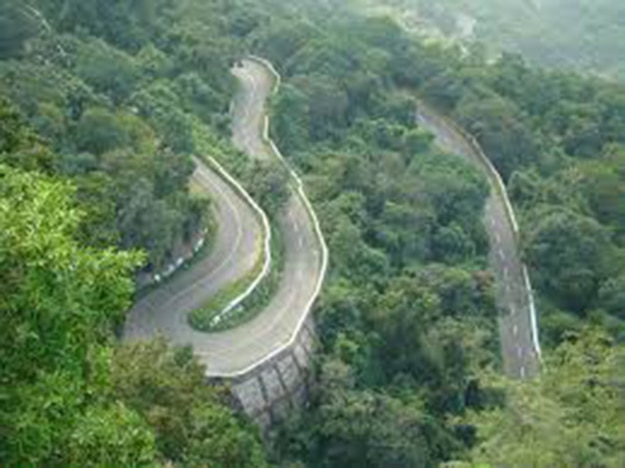 Located in Tamil Nadu, the Valparai-Tirupati ghat has some risky roads that are prone to accidents. The twisting and turning road will keep you at the edge of your seat. 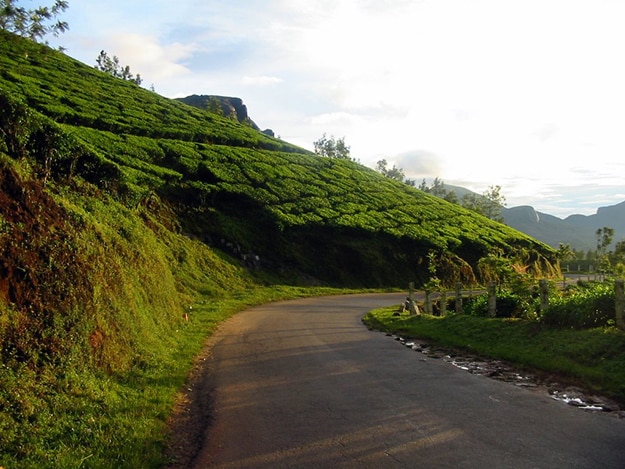 Munnar, the hill station in Kerala sure looks heavenly but the road to reach this heaven is quite rough. The slope and twisting road is dangerous but you should be more alarmed by the local driver driving the bus like a race car. 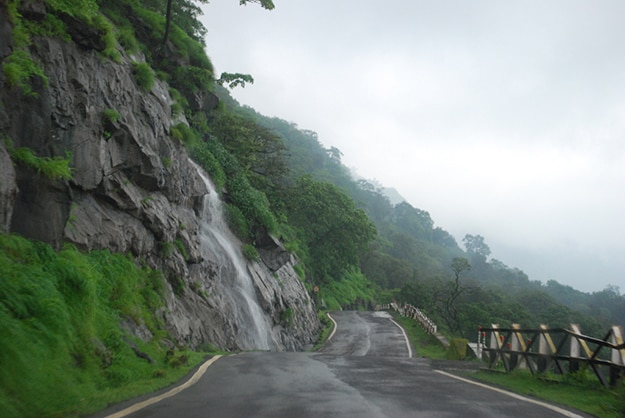 The road that starts from Neral and goes up to Matheran will surely give you the chills. The narrow serpentine road is as dangerous as it is beautiful. 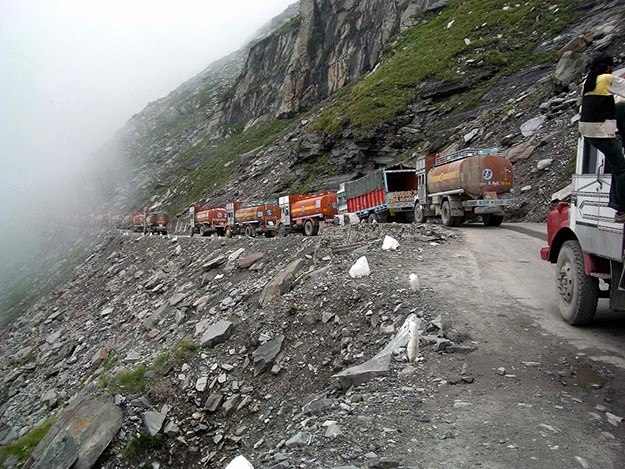 The Leh-Manali highway, which is featured in many Bollywood movies, is always jammed with traffic. The vehicles move at a slow pace as the route is dangerous. Many portions of the highway are under repair or are damaged. Driving on this road is painful to say the least. 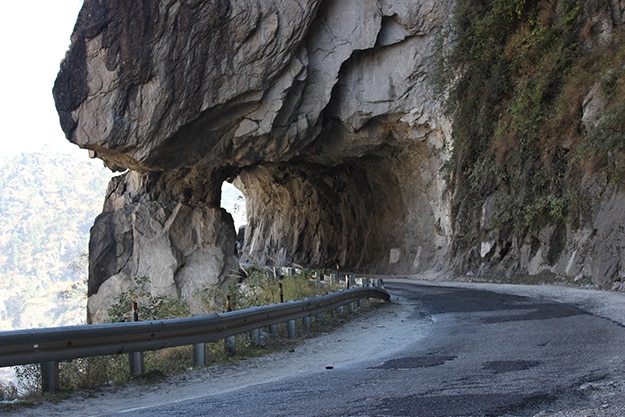 Located in the Kinnaur district of Himachal Pradesh, Kinnaur road is a cliff-hanging drive with dark narrow underpasses. The road is not operational during heavy snowfall. Be careful while driving through this route. 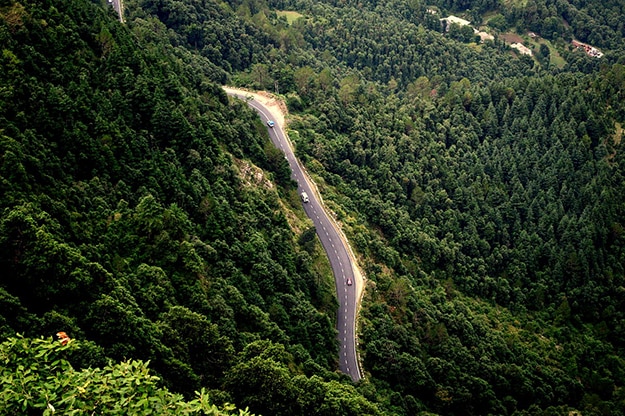 National Highway 22 is one of the most dangerous roads in the world. It was featured in the Historys Channels TV series called IRT Deadliest Roads. The road has a poor bridge, dangerous cliffs and heavy traffic. Poor maintenance and road conditions have made this route hazardous for driving.