From Mysore, Ayodhya and Amritsar to Goa and Udaipur, there are plenty of options to explore in India in April.

Traveling around India brings a lot of options and we know how difficult it can be to decide on a place to visit in this magnificent country that will cast a spell on you no matter which place you visit. From the paradise one art, Srinagar, to the cleanest city in India, Mysore traveling to these destinations in April is one of the best options. (DON’T MISS More stories on Trip Planning ) Considering the number of festivals and events that are hosted and organized at these destinations around India, here are some of the best options you have to travel across India. Also Read - Arjun Kapoor Supports PM Cares, Maha CM Fund, GiveIndia, FWICE in Fight Against COVID-19 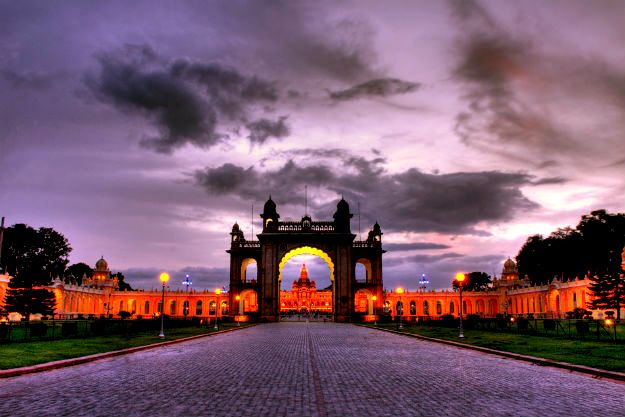 Mysore recently ranked as the cleanest city in India. Apart from that, it is home to one of the most splendid palaces in India, the Amba Vilas Palace which is also known as Mysore Palace. One of the other major tourist attractions of Mysore is the Chamundeshwari Temple, one of the 52 Shakti Peethas  in India. Also Read - Coronavirus Can Stay on Face Masks for a Week, Last on Banknotes, Steel & Plastic For Days: Study

ALSO READ India’s list of the cleanest cities is out, and Mysore has topped it, again! Also Read - Golfer Aditi Ashok Narrowly Missed Getting Stuck in the US 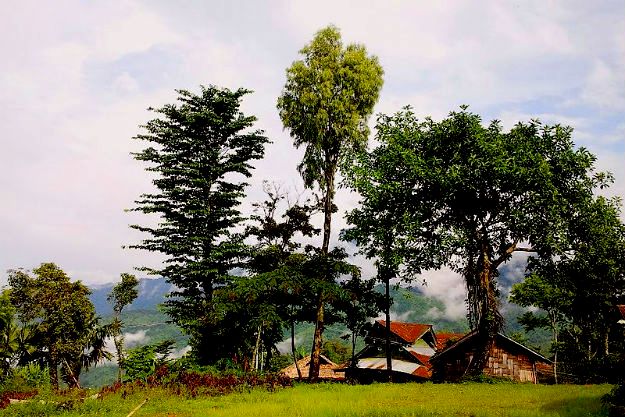 Mon is the northern most town of Nagaland and is surrounded by Assam, Arunachal Pradesh and Myanmar. It is home to the Konyak Tribe that was once known for extensive hunting. The Konyaks celebrate the annual Aoling Festival in April and it’s one of those events that you must witness if you’re inclined towards understanding various cultures. 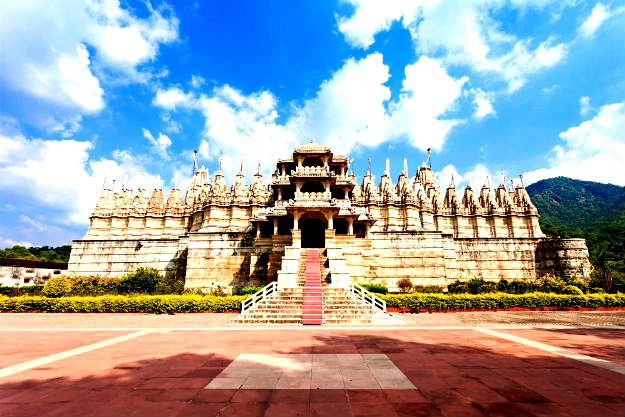 Ranakpur is a small town sandwiched right between Jodhpur and Udaipur in Rajasthan. It is famous for the Jain Temple dedicated to the 24th Tirthankara or Spiritual Leader of the Jains and the temple itself is an architectural marvel,a must visit. 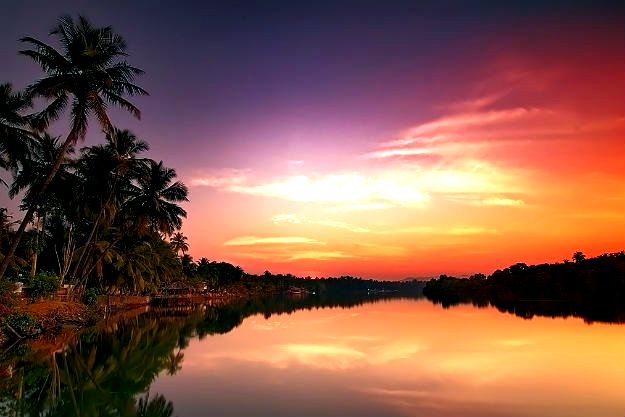 Who needs a reason to visit Goa? Now we know that the so called peak season is over in Goa, however, we don’t think it’s ever too soon or too late to visit the most popular party destination in India. In case you’re looking for something interesting to do apart from the usual, you can witness the Lairai Jatra, a festival celebrated in honor of a local goddess. 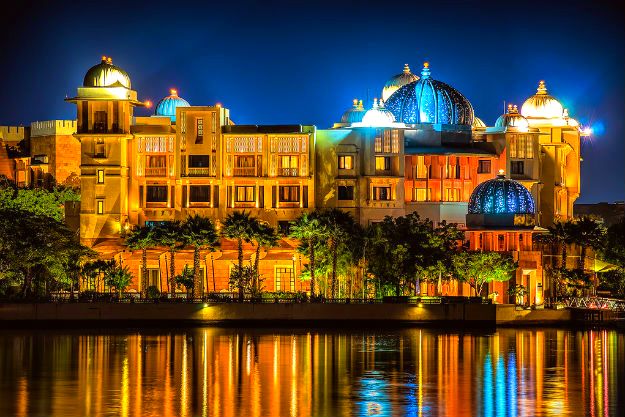 Udaipur is one of the most regal cities in India. Home to the Mewar royal family of Rajasthan, there are some of the most magnificent palaces in the lake city of Udaipur. April is probably the last month your could visit the city before the summers get extremely severe. 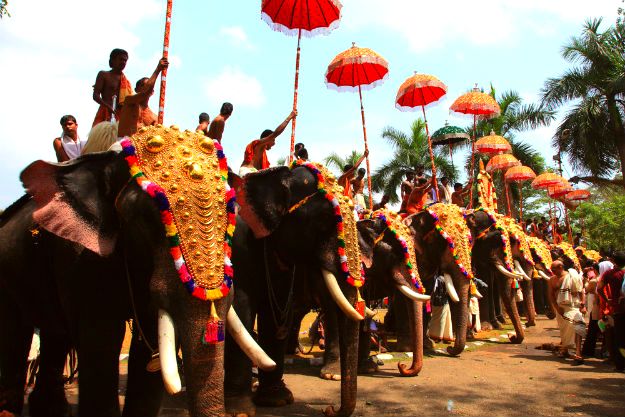 Thrissur is by one of the most colorful destinations when it comes to temple festivals and celebrations that go on for days at end! In April the city will be hosting the Thrissur Pooram, a festival celebrated my hundreds of thousands of people together. 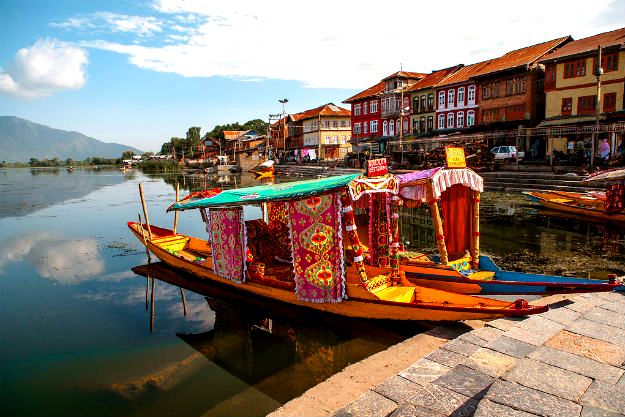 Generally, the ideal time to visit Srinagar is May/June onward. However, April is, in our humble opinion, the best time to visit the hill station which is home to the gorgeous Dal Lake. In the month of April, the Indira Gandhi Memorial Tulip Garden hosts the annual (and magnificent) Tulip Festival. 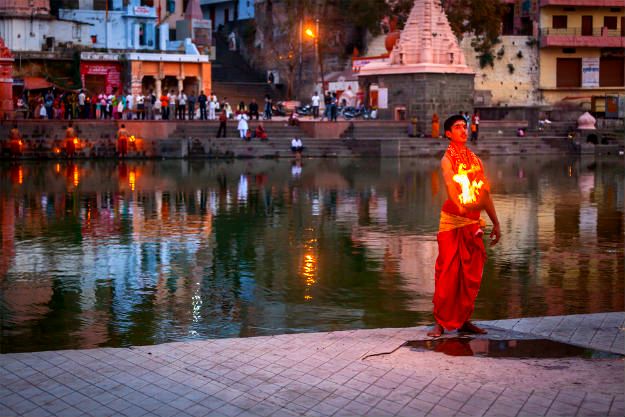 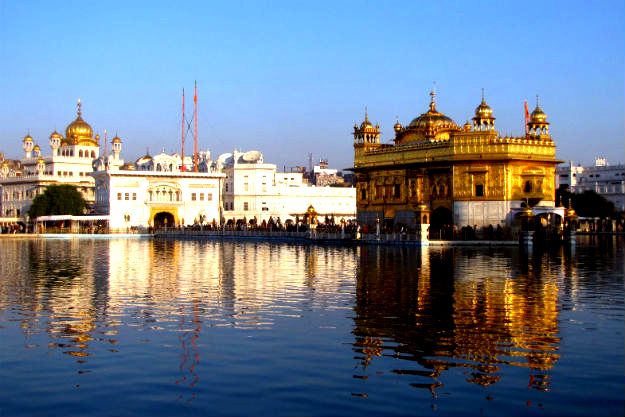 Amritsar is the center of most cultural activities in Punjab. Amritsar is home to the famous Golden Temple and every time the country celebrates a festival, the Golden Temple is decked up and the city becomes alive with festivities! 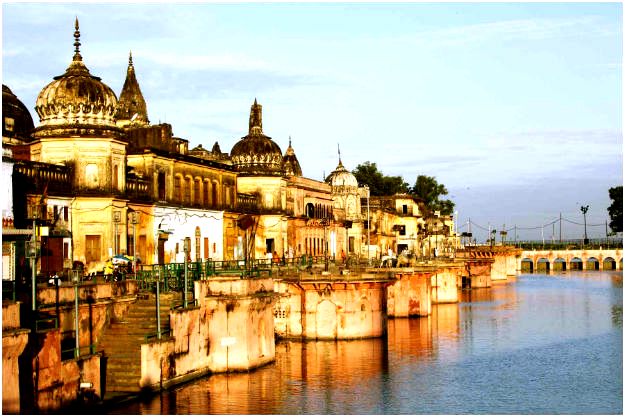 Last but not the least, visit Ayodhya! It’s not only a destination meant for the religious and spiritual ones alone. It is one of the many places that find their way to Indian history. Ayodhya is home to Rama, the protagonist of the Hindu epic, the Ramayana. Being the birthplace of Rama, Ram Navmi is celebrated with great pomp here and the celebrations are definitely not worth missing.

Have anything to add to the article, tell us in the comments below!