Top 10 Trending Destinations in the World for 2018, According to TripAdvisor

The year is still new, and TripAdvisor has some interesting choices for your next big international destination for 2018.

TripAdvisor recently revealed its Travellers’ Choice Awards for destinations that are ‘on the rise’, based on booking interest and positive feedback from travelers. And there are some interesting entries in this list. From a little-known Japanese island to more than a few up-and-coming gems in Eastern Europe, you’ll find plenty of ideas here to plan out your next international trip. So let’s jump right into it and see what TripAdvisor has to advise us. ALSO READ: Best Places to Visit in India in January 2018 Also Read - 'Love Wins': As Costa Rica Legalizes Same-Sex Marriage, Lesbian Couple Ties the Knot At Midnight 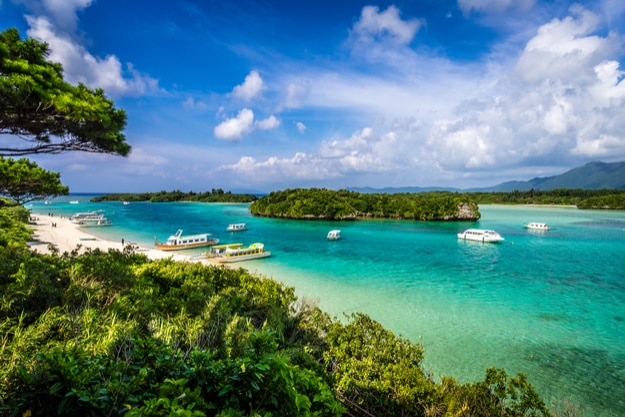 The island of Ishigaki ranks first in TripAdvisor’s list, quite a feat for a lesser-known Japanese island. Ishigaki got high praise for its tranquil blue waters and clean beach stretches with soft white sand. The island also has dense mangrove forests and tall mountains to scale, which make it more appealing to the adventurer-traveler seeking a bit of the sea and the sky. Also Read - COVID-19 pandemic: Japanese Prime Minister Shinzo Abe Lifts State of Emergency 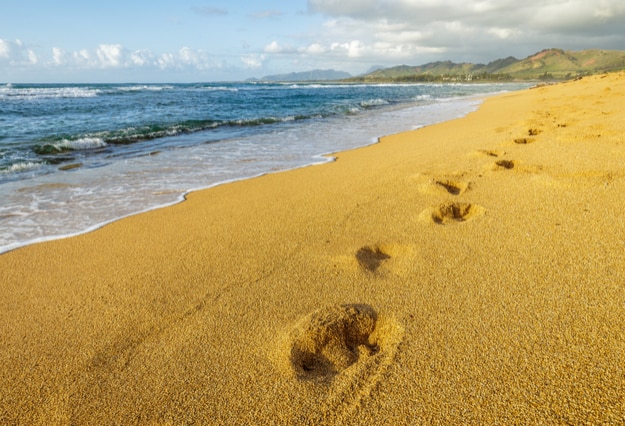 The number two entry is another off-beat destination on the other side of the Pacific Ocean: the town of Kapaa in Hawaii. The town is especially popular for those who love water sports, with everything from water skiing to kayaking available here. Kapaa lies at the base of the Nounou mountain and boasts of some incredible restaurants and hotels and shopping centers as well. Also Read - Japan Lifts COVID-19 State of Emergency For 3 Prefectures 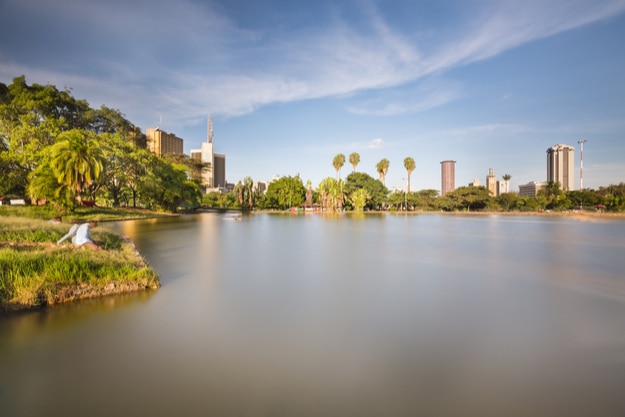 Skyline of Nairobi, Kenya with the beautiful lake in Uhuru Park in the foreground

Coming in at number three is Nairobi, the capital city of Kenya. Its Nairobi National Park is considered a safari capital of its own, spread across 117 square kilometers with a staggering diverse range of animals living together in harmony. The city itself is modern with a fast-developing culture of its own and an exciting nightlife. Catch a glimpse of the endangered black rhinos in Nairobi park and feast on the restaurants of the city, and you have yourself an excellent African holiday. 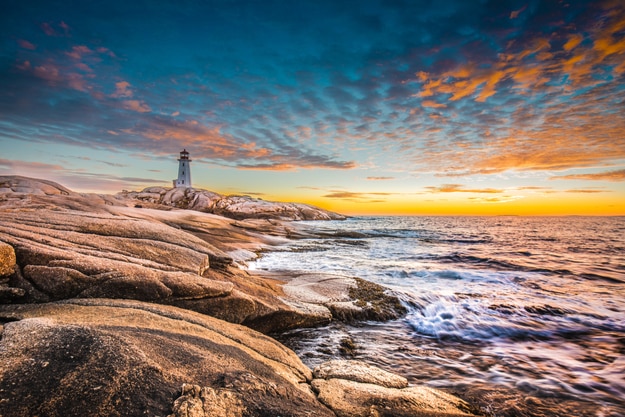 For those craving a North American holiday, the city of Halifax in Canada comes in at number four with an experience very different from your usual American cities. Halifax has more clubs and pubs than any other Canadian city, but it claim to fame is its maritime history. It has also gained popularity in its recent years for its food scene and brewing culture, completing the experience for an urban adventure. CHECK OUT: These are the top 10 hotels in India according to TripAdvisor 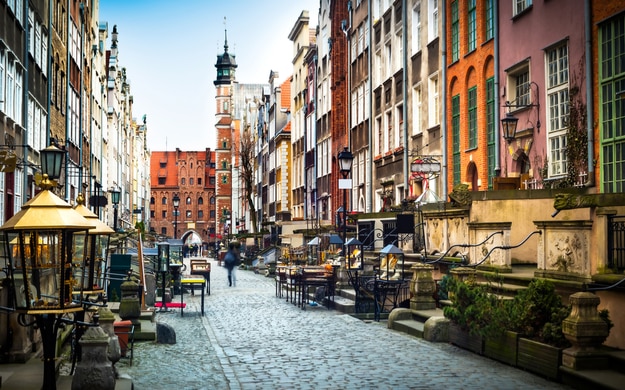 Architecture of Mariacka street in Gdansk

Next up is Gdansk, the Polish port city that lies along the Baltic coast. Its Long Market is famous for its incredible architecture, and the city itself is famed for its shops and restaurants and colorful streets and facades. The city is a center of amber trading, and you’ll find plenty of boutiques everywhere selling the precious resin. 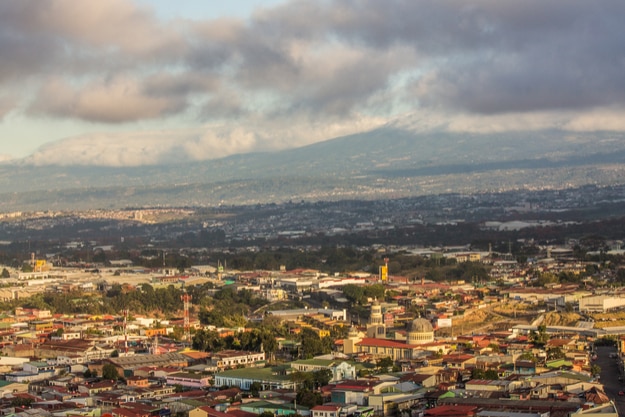 Ranking number six is the capital city of Costa Rica itself, San Jose. Busy and bustling and rough around the edges, San Jose offers the elements you would expect from a Central American urban adventure. The city also has a few natural thermal springs, something that would be appreciated by those looking for more than just a holiday in an exotic city. Plus, San Jose del Cabo down south offers some beautiful beaches where you can relax under the Baja Californian sun. 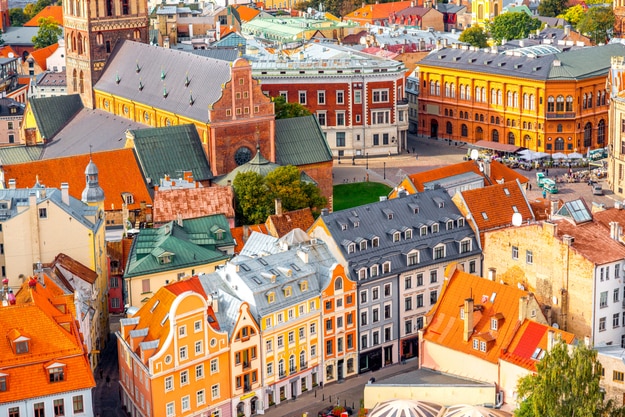 Next up is another Baltic beauty: the vibrant city of Riga in Latvia. The city’s Art Nouveau center is a UNESCO World Heritage Site, and the Old Town part features incredible architecture from a time long ago, complete with narrow cobbled streets. The old city also has plenty of bars and restaurants, and it can all be covered on foot. The newer part of the city, meanwhile, is well-connected by tram and buses. 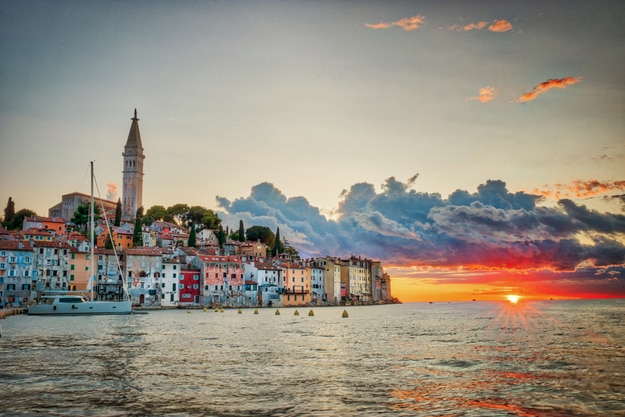 Facing the Adriatic Sea, the northern Croatian city of Rovinj is a nice little summer holiday destination for 2018 and ranks number eight in this list. You can head to the blue bay to chill or walk along the cobbled streets to experience the laid-back atmosphere of the city. There is also Lone Bay at the south of old town, one of the few pebble beaches in the world. Plus, Rovinj boasts of 14 islands off the mainland that can be explored over a day. 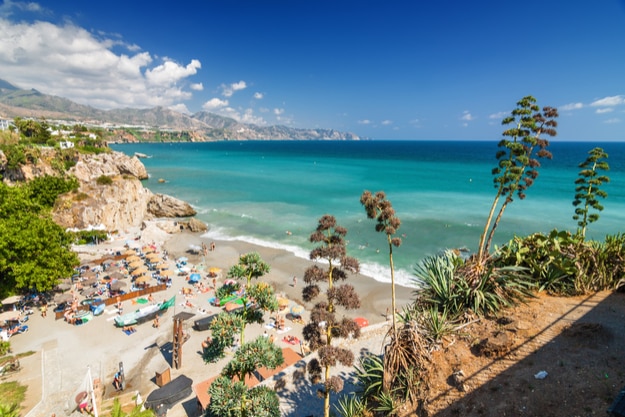 Coming in at number nine is the Andalucian city of Nerja, Spain. Wake up to the view of the Sierra Nevada mountains and white Mediterranean style architecture. The city is more touristy than other entries in this list, but its views alone make it worth the trip. Relax for a few days in a resort along the Costa del Sol in the lap of luxury, watching the Mediterranean Sea spread across the horizon.
The resort of Nerja is nestled along southern Spain’s Costa del Sol. NOW READ: Best Offbeat Places near Mumbai to Visit in 2018 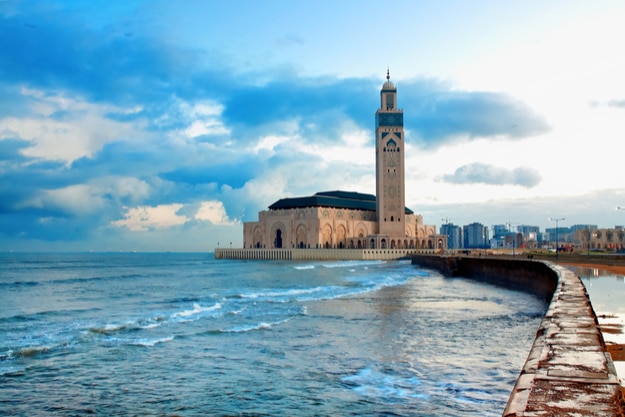 Finally, we have the city of Casablanca in Morocco. Casablanca is probably the most popular entry on this list, surprisingly, and it has been popular for several decades now. This is a city that you shouldn’t miss if you are in Morocco, simply for its architecture that blends Moorish and European sensibilities to create something very unique. The city also boasts of a well-developed art and culture scene, with plenty of museums and galleries to visit.