It is becoming extremely challenging to keep track of plastic trash in the Pir Panjal range, writes Vishal Gulati. 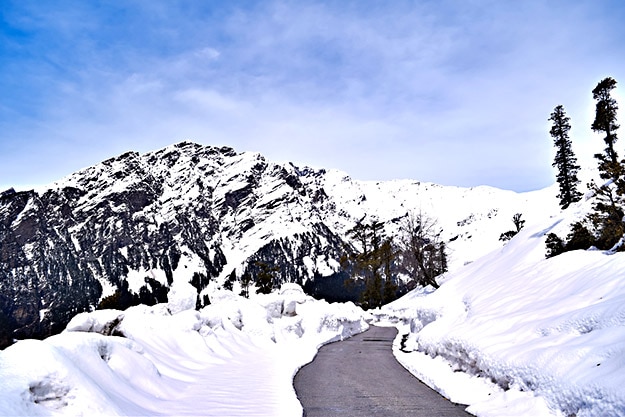 Tackling trash in the cold, rugged and rocky mountains of the Pir Panjal range of the Himalayas — the origin of one of north India’s major rivers, the Beas, and its tributaries — is becoming an uphill task. Also Read - The Helicopter Joy-Ride Between Manali And Rohtang Pass Will be a 10-Minute Journey

Mounts of plastic packets of eatables like potato chips, pet bottles and beer cans are threatening the highly fragile ecology of the Rohtang Pass — a two-hour drive up from this tourist town — as local authorities dump ecological concerns. Also Read - This Video Shows Why You Must Drive To Rohtang Pass in Himachal Pradesh At Least Once!

The entire area of the pass, a spot most people prefer to visit at an altitude of 13,050 feet and some 52 km from here, is almost bereft of human habitation. ALSO SEE 5 Reasons to Visit Manali in Himachal Pradesh this Summer

It remains cut off from the rest of the country more than five months every year owing to heavy snowfall.

“It is really shocking to see these pet bottles and plastic wrappers of eatables lying along these rivulets, remarked Raunaq Bajwa, a tourist from New Delhi.

“Why is the local administration not imposing a blanket ban on carrying these non-biodegradable items to such highly sensitive zones,” he asked while speaking to IANS, pointing to waste dumped haphazardly along the banks of the glacial-fed Beas river near Marhi, en route to Rohtang Pass from Manali.

His friend Dilawar Khan wanted to know why the government is not keeping the Himalayas free from litter.

“It seems Rohtang hills are fast becoming the world’s highest garbage dump as one can see discarded clothes, food packets and heaps of beer cans and plastic bottles dumped here and there,” he added.

The picturesque Rohtang Pass is a major attraction for both domestic and foreign tourists.

According to the state’s Tourism Department, tourist spots in and around Manali have an influx of around 1.1 million visitors annually. Tourism is the key source of income for the locals.

“Cleaning up the hills once in a year is not the solution. The local administration has to find a permanent way of waste management,” Lal Chand Thakur, a shopkeeper selling eatables at Marhi, said.

He said with the National Green Tribunal (NGT) restricting the entry of tourist vehicles to the Rohtang Pass, the influx of the tourists has massively reduced.

Only 1,200 taxis or private vehicle permits — 800 petrol and the remaining diesel vehicles — are issued online daily for the trip to Rohtang Pass.

On similar lines, octogenarian Thakur said, the NGT should also impose tougher penalties on litterbugs beyond Gulaba, which is on the way to the Rohtang Pass and is 26 km from Manali.

Another shopkeeper, Ghanshyam Negi, said the installation of portable toilets at Marhi is not a solution unless there are sewage treatment plants along with waste treatment facilities, which currently do not exist in the area.

The local administration has installed waste disposal and drop off points between Marhi and Rohtang Pass but visitors ignore them.

The NGT, in one of its orders, observed that providing public amenities and ensuring absolute cleanliness at Rohtang Pass and even en route is essential in the interest of environment.

“To provide a clean and decent environment every authority concerned must ensure absolute cleanliness and the tourists have to cultivate the habit of neither littering nor spoiling the beauty and environment of the glacier by throwing plastic and other waste,” it said.

NGT Chairperson Justice Swatanter Kumar told IANS last year, ahead of his retirement, that scientific studies clearly indicated that glaciers in the Rohtang Pass catchment were receding at a rate of one metre per year.

“Everyone going for a picnic carries coke, popcorn and beer bottles with them — and then dumps these haphazardly there (at Rohtang Pass). There is plastic trash and human waste. Mule dung is polluting water and soil. This is the case before us,” he had said.

A journal of the Asiatic Society says Lieutenants A. Broome and A. Cunningham trekked to the Rohtang Pass on July 7, 1839, to trace the sources of the Punjab’s rivers.

Environmentalists say the state should also launch a similar campaign in the Rohtang Pass like the Riverfront Cleaning Campaign that was launched on May 18.

The campaign, supported by the Ministry of Environment and Forests and Climate Change and involving school students and a Territorial Army battalion, will cover three districts — Mandi, Kullu and Bilaspur, from where the Beas river flows.

It will conclude on World Environment Day that falls on June 5.

India is this year host to the UN Environment-led global event, World Environment Day, and the 2018 theme is “Beat the Plastic Pollution”.