The threat of avalanches has risen in several parts of Kashmir in the past two days. 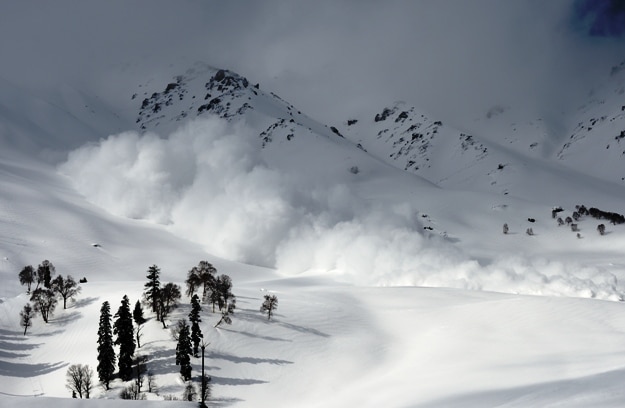 The valley of Kashmir is arguably at its most stunning in the winter months, but the powdery snow can be as deadly as it is beautiful. The harshest period of the winter, called the Chillai-Kalan, is gripping the valley at the moment, and this will continue until the end of January 2018. Minimum temperatures are below zero degrees Celsius in several parts of Kashmir and Ladakh. Kargil was the coldest town in the state, reeling under temperatures of minus 20 degrees. Leh follows at minus 14 degrees. And to make matters worse, parts of the valley also face the risk of avalanches. ALSO READ: Travel Advisory: Several Northern, Eastern States Reel Under ColdAlso Read - One Terrorist Killed During Encounter in J&K’s Kulgam, School Children Among 60 Rescued From Site

On Thursday, an avalanche tore through the town of Gulmarg, a ski resort famed for its alpine slopes. A young Swedish traveler skiing at one of these slopes died in the avalanche, with a fellow skier injured but alive and safe, according to local police. Just the day before, local authorities issued an avalanche warning as heavy snowfall continued to blanket the valley. the avalanche warning was for seven districts and lasted until Thursday evening. Baramulla, Budgam, Kulgam, Anantnag, Ganderbal, Bandipora and Kupwara were the affected districts. Also Read - Hyderpora Encounter: Bodies Of 2 Civilians Exhumed In Handwara, To Be Handed Over To Families

More recently, a low-danger avalanche warning was issued by the Snow and Avalanche Study Establishment (SASE) in Chandigarh for three districts in Jammu and Kashmir that are prone to avalanches and lies at altitudes above 2,500 meters. Valid for 24 hours, the warnings were issued for Kupwara, Ganderbal and Bandipora districts. SASE advised people in these districts to avoid the mountain slopes, covered in layers of fresh white snow. NOW READ: This Kashmir Ski Trip Video Will Make You Want to Hit the Snow NOW!
Also Read - Mehbooba Mufti Not Under House Arrest: Jammu And Kashmir Police Issues Clarification

This year’s Chillai-Kalan has been particularly deadly. Earlier in January, up to 11 people died in an avalanche in Tangdhar that tore through the Kupwara-Tangdhar road. For those of you heading out to the pristine ski slopes of Gulmarg or other parts of Kashmir, stay safe. Powder hounds would do well to hold onto their urge to hit the slopes, at least until the warning expires. Even those who aren’t considering a ski trip should beware the ongoing cold wave, which may continue over the weekend.