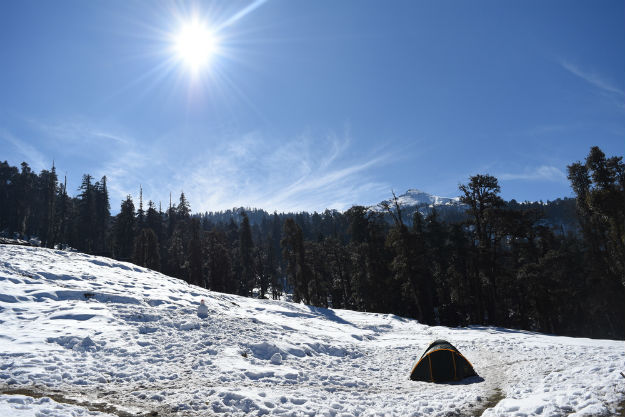 Manali in the winter

If you are heading out north or east anytime in the coming weeks, we recommend plenty of insulation and a sharp eye on the weather forecast. Kashmir is already facing what is called Chillai-Kalan, the harshest period of the winter that lasts around 40 days. And many parts of east India are also reeling under the harsh and bitter winter. ALSO READ: Makar Sankranti 2018 in Tamil Nadu: How Thai Pongal is CelebratedAlso Read - Shocking! 80% Women in THESE South Indian States Justify Men Beating Their Wives: Survey

Places like Gaya, Bihar and Daringbadi, Odisha recorded their lowest temperatures. Gaya, for instance, saw a record low of 2.8 degrees Celsius, the lowest ever in the state. Bhagalpur, meanwhile, recorded 3.1 degrees and the state capital of Patna recorded a bone-chilling temperature of 6.1 degrees Celsius. The Patna Meteorological Centre warned of cold conditions in Mazaffarpur, Bhagalpur, Forbisganj, Chapra and Supaul. Also Read - 6th Pay Commission: THIS State Announces New Pay Scales For Its Employees. Check Details Inside

Jamshedpur and other nearby areas in Jharkhand also saw their coldest day in the season, with schools shutting down for three days to protect the kids from the harsh weather. The minimum temperature was 6.5 degrees, around five degrees lower than usual, according to Met office officials. Also Read - KMC Polls 2021: TMC Releases Candidate List For KMC Elections, Drops 39 Sitting Councillors

In the capital region of Delhi, meanwhile, fog and the bitter cold have been causing havoc for quite a while. Delhi saw a record low of 4.2 degrees, around two degrees lower than the last coldest day in its record. And this was despite a marginal overall increase in minimum temperatures. Poor visibility also delayed and cancelled several trains, so double check train schedules if you are travelling to or through or from Delhi NCR. The same precaution should also be taken for flight tickets, naturally.

In Orissa, meanwhile, at least 13 places saw the mercury drop below 10 degrees. Temperatures reached 3 degrees in Daringbadi, 4.5 in Phulbani, 7 in Sundergarh and 8 in Bhawanipatna. A cold wave swept through the Odisha coastline, but it should have cleared by now according to IMD sources. NOW READ: Makar Sankranti 2018: All the Ways in Which Makar Sankranti is Celebrated

West Bengal too bore the icy brunt of the cold winds, with Kolkata seeing a minimum temperature of 10.6 degrees, three points below normal according to the Met department. Asansol saw a low of 7.1 degrees while Coochbehar saw 7.6 degrees, Burdwan saw 7.6 degrees and Bankura saw 8.4 degrees.