Chamoli district and Pithoragrah are amongst the worst hit areas. 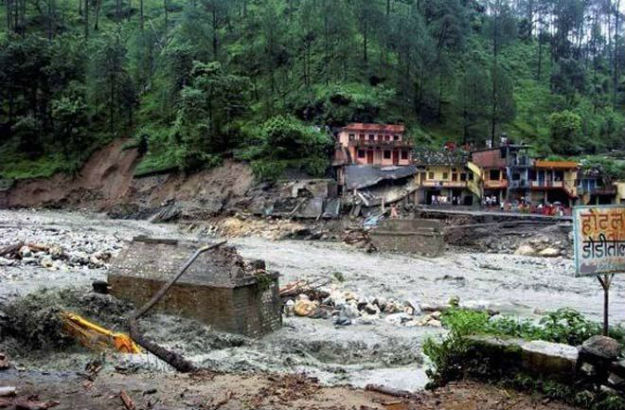 In what has reminded locals of the 2013 disaster, flash floods have hit the Chamoli and Pithoragarh districts of Uttarakhand yet again claiming 30 lives. A cloudburst caused the Alaknanda river to swell and flow above the danger level. As a result, close to seven villages faced the wrath of floods leading to severe loss of life and property. In the Chamoli district, two houses on the banks of the Mandakini river were washed away. Also Read - India-China Ladakh Standoff: 'Situation Stable And Controllable, All Channels Open For Talks,' Says Beijing

Water levels seem to have risen at Nandaprayag too. Close to 20 people are still missing and the state is on high alert. All major rivers in the hilly regions have swollen causing a great threat to houses and roads along their banks.

As of now, the Thal-Munsyari road and the Yamunotri highway near Kharadi have faced damages leading to traffic halts. Entry of heavy vehicles on the Kedarnath highway has been disallowed due to landslides on the route. It is best to avoid these regions to stay away from accidents.

With inputs from agencies