It is not very often that you get to brush against royalty on the road. But in Tripunithura, a small town near Kochi in Kerala you can. 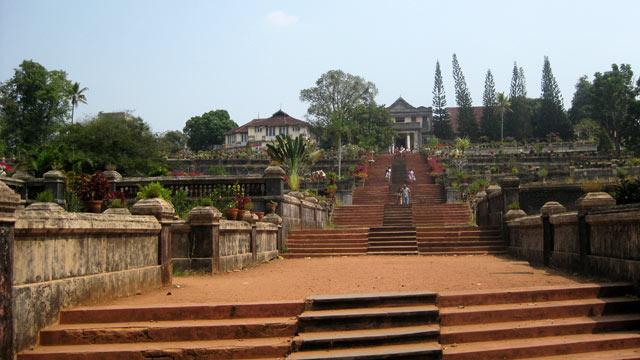 It is not very often that you get to brush against royalty on the road. But in Tripunithura, a small town near Kochi in Kerala you can. Almost everyone in this town has a royal connection. And every house is a small palace. The royal connection starts with the touristy 19th century Hill Palace which is now a heritage and arts museum.Also Read - Tokyo Olympics 2021 LIVE Updates: Rain Stops, Kamalpreet Kaur Back in Action

As I walk around the nondescript town, which was once the capital of the Kingdom of Cochin, I look for the remnants of the royal period. And the trail leads me to the elegant clock tower. Bright and sparkling in its fresh coat of  paint, the 19th century  Manimalika is standing rather tall in this sleepy town.  As the clock’s hands inch towards the hour, a neatly dressed soldier – a puppet looks out of the window, waiting to salute. The Manimalika was built by Cochin Maharaja, Rama Varma in the town, which was once upon a time, an administration centre of the entire dynasty. Also Read - OVI-W vs WEF-W Dream11 Team Prediction, Fantasy Tips The Hundred Match 16: Captain, Vice-Captain, Probable XIs - Oval Invincibles Women vs Welsh Fire Women, Team News For Today's Match at Kennington Oval 7:30 PM IST August 2 Monday The toy soldier in the clock tower

The town is in a deep afternoon stupor as I roam around its streets, looking at the old mansions which were erstwhile palaces. Wooden panels on roofs and windows, archaic staircases, majestic door handles, antiques and some memorabilia – these give the royal touch. Most palaces are not even given a name; they are just known by a number. A local says that there are close to 40 palaces, most of them old and not renovated, while some have become marriage halls and flats. These old mansions still have a stamp of royalty and many house their descendants. I cross Palace No 13 and go past Kalikota Palace and Bungalow Palace which is the oldest with 250 years of regal history behind it. Also Read - Viral Video of Desi Dadi Dancing Funnily With Her Grandson Is The Cutest Thing on Internet Today | Watch

I meet a Kathakali performer, Radhika near Bungalow Palace, who has come to meet her elderly parents who live here. She invites me over,  showing me how the base of the building was built several  feet above the ground, as it had housed the kings at one time. Being a matriarchal society, the palace had come into the custody of her grand aunt and then to her mother.  A narrow passage leads to a staircase which, in turn, opens into a huge living room. Strewn with old furniture, curios and family memorabilia, the room takes us to the bedroom. And Radhika shows me the old colourful past emanating from the walls. The paint has faded, but the walls are filled with colorful murals and portraits, all dating back to the 19th century. There are  kings, noblemen, Europeans showing off in their dandy costumes,  staring out of that old room which is stuffed with a cot, clothes and chairs. The sun streams in as we leave the couple, reminiscing about the past. 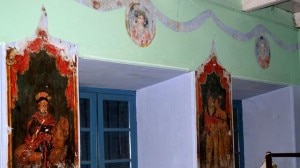 I join Radhika and her friend Parvati who form part of the only all-ladies Kathakali group here as they take me to their rehearsal classes in an old hall. While speaking to them about their lives and art, a reverent silence fill the room as their Guru, Fact Padmanabha walks in to watch them perform. The entire mood suddenly changes as the women transform themselves into the characters. Jaws harden, fists are clenched and the eyes widen as I suddenly see them breathing fire and passions take over. They are performing Nizhal Kuthu, a scene out of Mahabharatha, when a black magician is asked to kill the Pandavas against his wishes.

The entire town reverberates  with the beat of the chenda. I walk down to the adjacent Poornathrayesa temple where a group of small boys, bare-chested are hitting some wooden blocks with full force, practicing a rhythm as their tutor watches on. Culture and heritage seems to flow strongly in the roots of every family. I quietly watch the boys perform and tip toe my way out of the temple, only to hear the strains from the Manimalika. As I leave the town, I wonder about the erstwhile grandeur of the town, which is today lost to the world.