June to September is turtle nesting season and here's where you should go in Oman and when to witness the beautiful creatures. 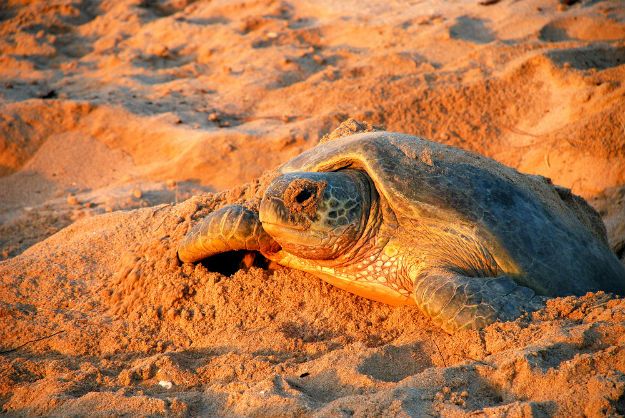 The period between June to September is the best time to watch turtles nesting in Oman. If you think it is too hot to travel in the summer, then head to Ras Al Jinz in Sur which is a short three hour drive from Muscat city. The temperature is cooler by 15 to 20 degrees and makes the perfect setting for spotting these marvelous reptiles. ALSO SEE 15 Amazing Photos of Muscat, the Largest City and Capital of Oman Also Read - NEP vs OMN Dream11 Team Prediction ICC Cricket World Cup League Two 2019-2022: Captain And Vice-Captain, Fantasy Cricket Tips Nepal vs Oman Match 4 at Tribhuvan University International Cricket Ground, Kirtipur, Nepal 9:15 AM IST

The Ras Al Jinz Turtle Reserve in South Ash-Sharqiyah Governorate is popular for its green turtle habitat is significantly located within the region surrounded by the Arabian Sea and the Indian Ocean. Oman is the only place where visitors can closely witness the process of nesting sea turtles without disturbing their natural surroundings. The best time to witness this natural phenomenon is either late at night or early morning with guided tours of up to 25 people in a group by the seashore. To preserve conservation efforts, Omans policy restricts the use of artificial light like mobile phones or torch that could disturb the turtles natural environment. There are turtle rangers at the beach and only once the turtles have begun laying their eggs- 200-300 or more at a time, tourists are allowed to walk towards them. It is an out of the ordinary activity to witness the mother turtle creating a pit, laying eggs as well as baby turtles running around at the seashore. Also Read - Oman's Sultan Qaboos bin Said Al Said Dies at 79; Three-Day Mourning Declared

Oman is home to four different types of turtles: green, olive ridley, hawksbill and loggerhead. One must also visit the Museum of the Scientific Centre in Ras Al Jinz that is equipped with the latest technology for information about various types of turtles and their life cycle.
According to official statistics, 41,244 tourists visited the turtle nesting site at the Ras Al Jinz turtle reserve in Ras Al Hadd state in Wilayat of Sur in 2017, where the percentage of foreign tourists was 76 per cent, equivalent to 31,412 tourists. The rate of growth in the number of visitors to Ras Al Jinz turtles reserve was 37 per cent in the past seven years, with the total number increasing from 30,002 visitors in 2010 to 41,244 visitors in 2017.

This summer, visit Oman and experience this incredible journey of turtles.