The tombs date back to around 3,500 years, on the Nile's west bank. 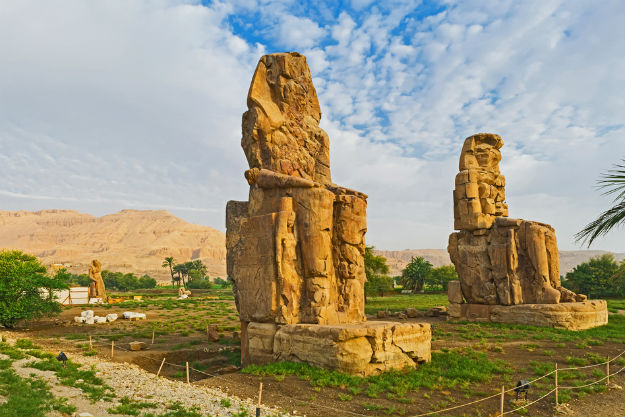 Spread across the fertile Nile delta in southern Egypt, Luxor was once the thriving capital city of Thebes and Amun. Today, it is considered the greatest open-air museum in the world, with many monuments of the ancient city surviving today. These relics and monuments stand tall and beautiful on the west bank necropolis, with the Nile River separating them from the modern city of Luxor on the other side. Luxor attracts millions of tourists who come to see the ruins and the temples of Karnaks and the tombs on the west bank, and soon they will get to see two more. ALSO READ: Photos of Great Sphinx of Giza Will Tempt You to Visit EgyptAlso Read - Semi-Aquatic Whale That Lived 43 Million Years Ago Named After Ancient Egyptian God

Egypt has officially announced that two more ancient tombs have been discovered in the west bank of Luxor, in a cemetery that was reserved for the nobles. Antiquities Minister Khaled al-Anani called it an exceptional day, with the tombs dating back 3,500 years to the 18th dynasty. He said it was the first time that anyone entered these two tombs. One of the tombs has a courtyard and a six-meter burial shaft that leads to four side chambers. According to the paintings and inscriptions inside, the tomb was built for a noble sometime between the reign of 18th-dynasty pharaohs Amenhotep II and Thutmose IV. Also Read - International Flights Latest Update: After UAE, Now Kuwait Lifts Restrictions, Allows Commercial Flights From India | Details Inside

As for the second tomb, there were five entrances that led to a single hall, with two burial shafts at the north and south end. Inside were funerary wooden masks, cones and clay vessels. Archeologists found around 450 statues and a mummy, seemingly of a top official. They also found a cartouche on the ceiling with the name of pharaoh Thutmose I, according to the ministry. NOW READ: An Ancient Egyptian Temple from the Era of Ramses II has been Found near Cairo
Also Read - Suez Canal Authority Shares Video After Container Ship Ever Given Refloated | Watch

The discoveries aim at promoting the tourism of Egypt and driving more people to come and see the relics of Luxor, according to al-Anani. Tourism has been recovering after it fell sharply post the 2011 uprising and the political volatility and terrorist attacks after it. They are the latest of several discoveries made across Egypt, including the tomb of a goldsmith who worked on items dedicated to Amun, the Egyptian god.