The captain and co-pilot of a London-Mumbai Jet Airways flight got into a scuffle and left the cockpit unmanned for a while. 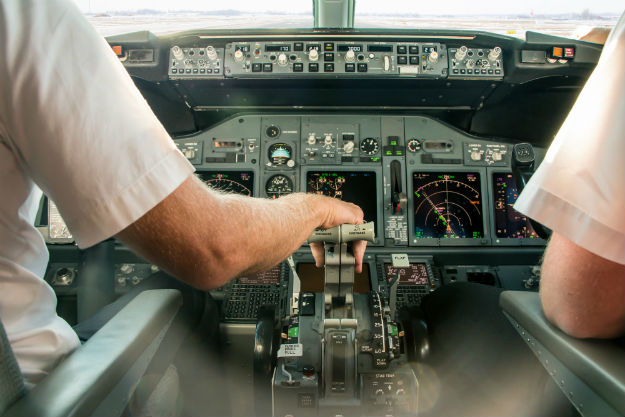 As travelers, we place immense trust on the pilots who fly us to our desired destinations. However, every once in a while, we come across incidents that make us question our very choice of flying. In an unprecedented start to the New Year for Jet Airways, a strange and alarming incident came to light on January 1-2. Two senior commanders of Jet Airways got into a fight mid-flight in the cockpit, after which the captain left the cockpit sobbing. It is believed that the co-pilot slapped the captain, a lady commander, who left the cockpit in tears. She stood crying in the galley as crew members tried to convince her to get back to the cockpit. The co-pilot too kept buzzing the crew members to send her back in. After repeated failed attempts to get her back into the cockpit, the co-pilot too stepped out of the cockpit to convince the pilot to get back to her seat. ALSO SEE This Flight Took Off in 2018 and Landed in 2017! Also Read - Karnataka Seeks Travel Ban on Passengers Coming From Nations Hit By Omicron Covid Variant

Leaving the cockpit unmanned in this manner is a violation of flight safety rules which is why the co-pilots license has been suspended. Thats not all. Even after the two commanders returned to the cockpit, the lady pilot came back out shortly afterwards. This is what got the flight crew worried who then requested her to go back and take control of the flight to ensure they landed safely at the destination. The plane did land safely. However, both the commanders have been grounded and an internal probe into the matter has been ordered. Also Read - South Africa Slams Countries Imposing Travel Bans on Fears of Omicron, Calls it 'Knee-Jerk Reaction'

This untoward incident took place on the London-Mumbai Flight 9W 119 soon after Jet’s Boeing 777 took off for its 9-hour journey on January 1 at 10 am (UK time). The plane had 324 passengers including 2 infants and 14 crew members on board. Fortunately, the plane continued its journey to Mumbai despite the scuffle and landed safely thanks to the intervention of the flight crew. Nobody was hurt. Jet Airways took this matter seriously and immediately reported the incident to the Directorate General of Civil Aviation (DGCA). The concerned crew were derostered pending an internal investigation.

At Jet Airways, safety of guests, crew and assets is of paramount importance and the airline has zero tolerance for any action of its employees that compromises safety, said a Jet Airways spokesperson.