Ugadi 2016 date and time: When is Ugadi celebrated?

The festival marks the beginning of the New Year. Here's when it falls in 2016. 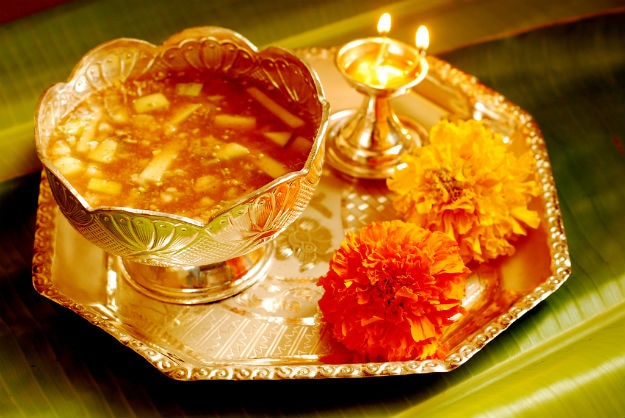 Ugadi, an important festival for the people of Karnataka, Andhra Pradesh and Telengana, is a celebration of the New Year according to the Hindu calendar. Chaitra is the first month of the year as per the Hindu calendar and the first day of Chaitra is Ugadi. This festival falls in March or April according to the Georgian calendar. The festival is also celebrated in Maharashtra but it is called Gudi Padwa in this region. Ugadi or Yugadi that marks the beginning of a new year is also to mark the beginning of Kaliyuga that started when Lord Krishna left the world. This year, Ugadi falls on April 8 which is a Friday. Like other Hindu festivals, there is an auspicious time or mahurat when the rituals should be performed. For Ugadi the pratipada tithi begins on April 7 at 4.53 pm and ends on April 8 at 1.05 pm. Also Read - Are Sanitary Napkins Not 'Essential' Enough to be COVID-19 Lockdown Exception?

The festival is celebrated with much pomp and preparations for it begin days before when people clean and paint their house for the New Year. They buy new clothes and on the day of Ugadi, put torans of raw mango leaves on their doors to decorate them. They also take a head bath before dawn and apply oil on their hair before they do so. Ugadi Pachadi, a special dish is prepared on this day for the entire family. This dish is made using different seasonal ingredients like raw mango, neem, tamarind, jaggery, etc that have six different flavors. These different tastes signify the circle of life which is a mix of happiness, angst, sadness, sweetness, surprises and bitterness. The dish teaches us to accept life with all its different emotions. Also Read - Reel Life Ram Arun Govil Watches Ramayan Along With His Grandchildren, Picture Goes Viral

Ugadi celebrations end in the evening when people gather around to listen to the religious panchangam or almanac of the New Year. Apart from its predictions for the coming year, it also has information on astrology based on moon signs. If you do not celebrate Ugadi, you can look forward to a long weekend of three days. Also Read - Over 19 People Killed in Massive Forest Fire in China’s Sichuan Province