Going for Simhastha Mela 2016? Here's how to reach the city via different modes. 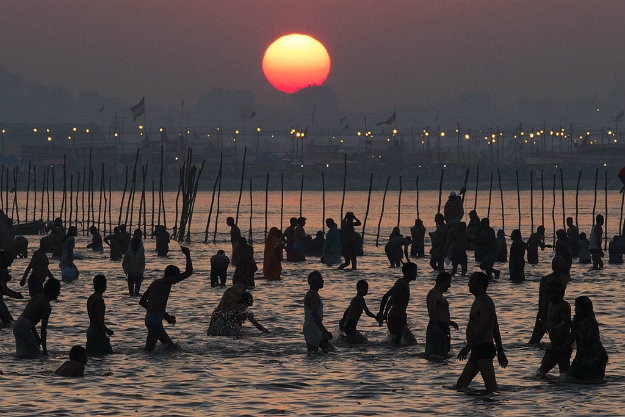 One of India’s biggest religious festivals is about to begin in a few days. Ujjain Kumbh Mela or Simhastha Mela begins on April 22 this year and the festivities will go on until May 21. A month-long celebration, Kumbh Mela welcomes Hindu pilgrims from all over the world. This city in Madhya Pradesh is gearing up for hosting the religious gathering where people take a dip in the holy waters of Kshipra River. Also Read - Covid-19: Healthcare Workers Verbally Abused & Threatened With Violence in MP's Ujjain

This year, the expected turnout of people is about five crores, making it a huge event. Ujjain is one of the four pious places where the Kumbh Mela is held and devotees flock from near and far to attend this mega event and wash away their sins. Since the Mela starts soon, many have already booked their stay and tickets to reach Ujjain. But if you haven’t done so already, here’s some useful information for you. Also Read - Madhya Pradesh: 55-year-old Woman Dies After Hospital Staff Fails to Find Keys of ICU

Western Railways that operates trains in the region had promised of running 100 special trains for Kumbh Mela 2016 to make sure pilgrims do not face any inconvenience. There will be trains running to Ujjain and to stations nearby known as flag stations. Once passengers reach here, they can take a bus arranged by the Railways to reach the Mela which is at the banks of Kshipra River in Ujjain.

If you want to go by flight, you can take a flight to Indore airport. From here, you can hail a cab to reach Ujjain. Private vehicles, buses also ply from the airport to Ujjain city which is 56 km away. It will take about an hour to reach Ujjain from Indore airport. Ujjain is also well-connected to other cities by road. You can take a bus from your city to reach the Simhastha Mela if you don’t wish to go by train or flight. However, book soon to get a seat as the demand is very high at this time. Here are a few tour operators in major cities that have buses to Ujjain.

Watch this space for more updates on Ujjain Kumbh Mela 2016.