The new exhibition will shine light on many of da Vinci's most obscure and sometimes 'invisible' drawings. 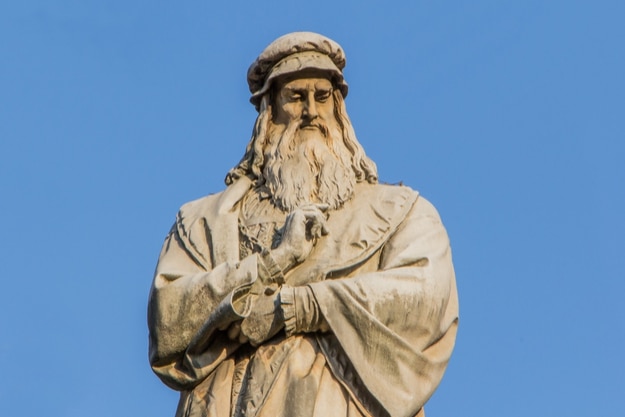 Of all the artists from the Renaissance Era, none holds a position as revered as Leonardo da Vinci. He was the quintessential Renaissance Man, a person skilled in multiple subjects and styles. And after more than 65 years, the largest display of his work will be on display in the UK. Da Vinci completed less than 20 paintings, but he left behind thousands of unfinished drawings that he had used for finishing his artwork, recording and illustrating his ideas and for preserving his observations on paper. The new exhibition will display these drawings and, hopefully, reveal secrets within his work. ALSO READ: A Museum of Selfies Exhibition in Los Angeles is Happening in April Also Read - World's Smallest Mona Lisa: Scientists Recreate Leonardo da Vinci's Masterpiece Using DNA

The exhibition is ‘Leonardo da Vinci: A Life in Drawings’, and will showcase items stored in the Royal Collection Trust. From 2019 onwards, groups of 12 drawings will be showcased simultaneously at venues in the UK. And on May, to mark the 500th death anniversary of the Renaissance Man, all the selections will be brought together and showcased at the Buckingham Palace Queen’s Gallery. There will be a total of 200 sheets on display at this final exhibit. Also Read - Leonardo da Vinci Painting ‘Salvator Mundi’ Breaks All Auction Records With USD 450.3 Million Sale

The drawings to be displayed have been stored since 1590 in an album by Italian sculptor Pompeo Leoni. There are drawings in pen, watercolor, metalpoint, chalk and ink: all the materials da Vinci used over his lifetime. Raw and unfinished, these drawing should offer a glimpse into the mind of the artist. In a statement, the Royal Collection said that da Vinci “was respected as a sculptor and architect, but no sculpture or buildings by him survive.” NOW READ: Ancient 2,000 Reliefs of Camels Found in Saudi Arabian Desert
Also Read - Hidden portrait 'found under Mona Lisa': French scientist

It added that he “was a military and civil engineer who plotted with Machiavelli to divert the river Arno, but the scheme was never executed; he was an anatomist and dissected 30 human corpses, but his ground-breaking anatomical work was never published; he planned treatises on painting, water, mechanics, the growth of plants and many other subjects, but none was ever finished. As so much of his life’s work was unrealized or destroyed, Leonardos greatest achievements survive only in his drawings and manuscripts.”