From the stepwells of Rajasthan to the Door to Hell in Turkmenistan, you won't believe these places are for real!

Only recently we had brought to you these six hauntingly beautiful abandoned places in India. As part of our ongoing series where we introduce you to new and fascinating places in the country and around the world, we bring to you these pictures of 10 surreal places you won’t believe exist! From the elaborate stepwells of Rajasthan in India to the surreal Tunnel of Love in Ukraine and that absolutely unbelievable Door to Hell in Turkmenistan, these places exist for real. If these pictures don’t make you fall in love with Planet Earth, we really don’t know what will: Also Read - Choked Full HD Available For Free Download Online on Tamilrockers and Other Torrent Sites 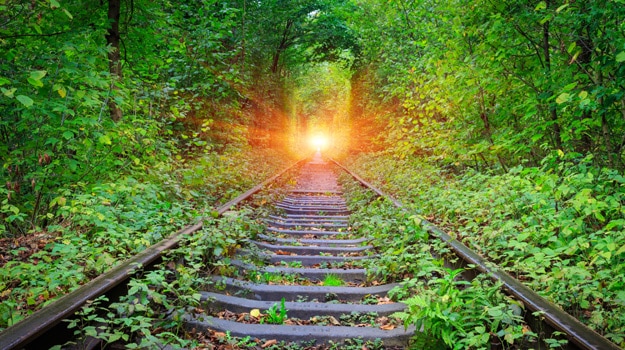 The amusement railway line that is located near Klevan in Ukraine is particularly favorite among couples who take walks along this three km-long line. Also Read - Centre Tightens Purse Strings, No New Scheme in This Financial Year, Says Finance Ministry 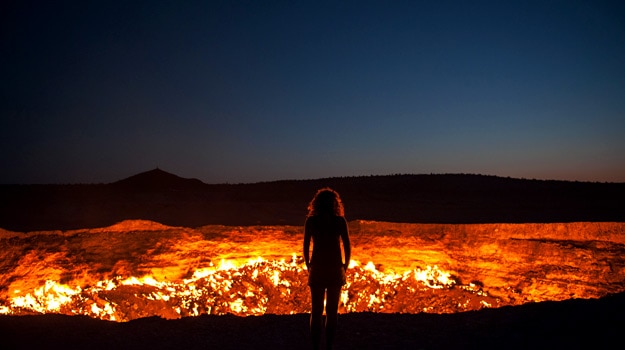 The natural gas field in Derweze, Turkmenistan collapsed and has been burning since 1971. Geologists working there at the time thought it might not be a bad idea to set the newly-created gas crater on fire in the hope that the gas would burn itself out. The crater has been burning ever since. Also Read - What Even! Harvard Study Advices Couples to Wear Face Mask During Sex To Prevent COVID-19 Spread

ALSO READ 5 Bollywood movies that will transport you to Goa instantly! 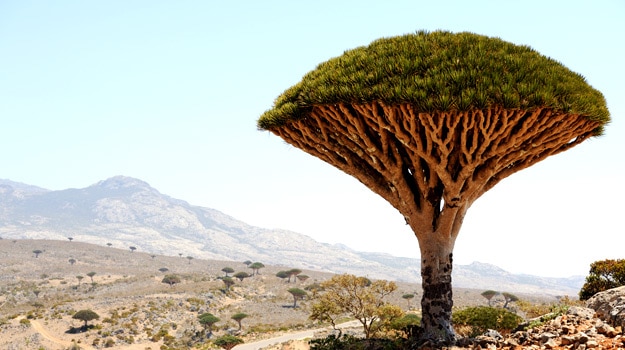 The botanical name of this tree is Dracaena cinnabari and is found primarily in the island of Socotra in Yemen. Its umbrella-like shape makes it distinct and it gets its name Dragon Tree from the red resin known as dragon’s blood’. 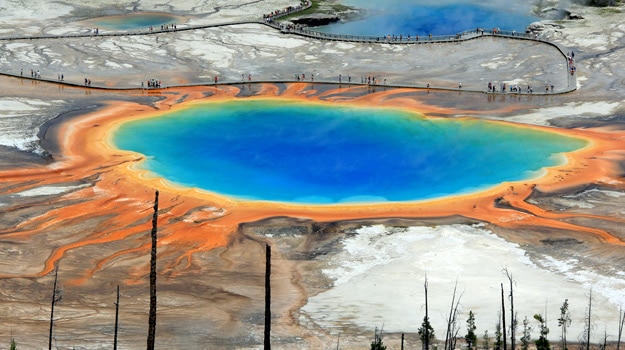 America’s largest hot spring and the third largest in the world after Frying Pan Lake in New Zealand and Boiling Lake in Dominica, the Grand Prismatic Spring, located in Yellowstone National Park gets its color from the pigmented archaea in the microbial mats that grow around the edges of the mineral-rich water. The center of the pool is sterile due to extreme heat and gets its color because of the scattering from the scattering of blue light by particles suspended in the water. 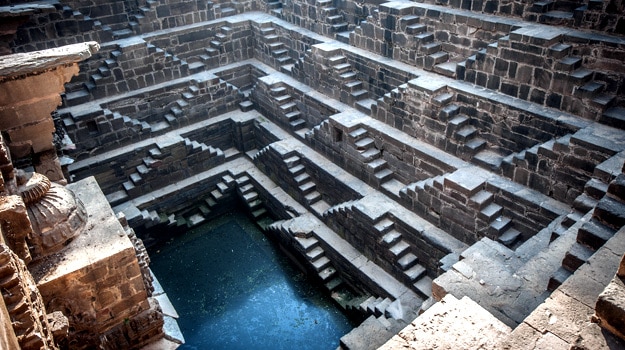 Located in the village of Abhaneri in Rajasthan, the Chand Baori Stepwell is seen to be believed. Constructed between 800 and 900 AD, the temperature at the bottom of the stepwell is at least 5-6 degrees lesser than on top. It has been featured in several movies — from the Shah Rukh Khan-starrer Paheli to The Dark Knight Rises and The Best Exotic Marigold Hotel among others. 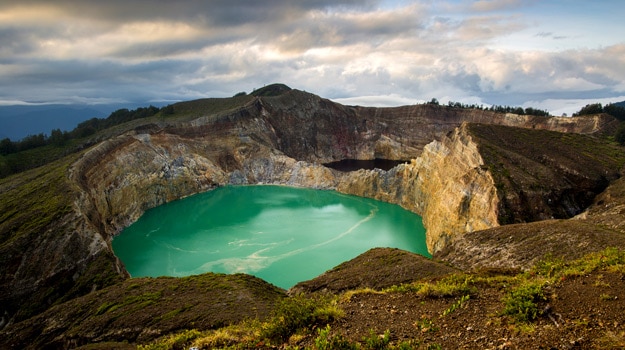 This is one of the many crater lakes located near the town of Moni in central Flores island in Indonesia that constantly change color. 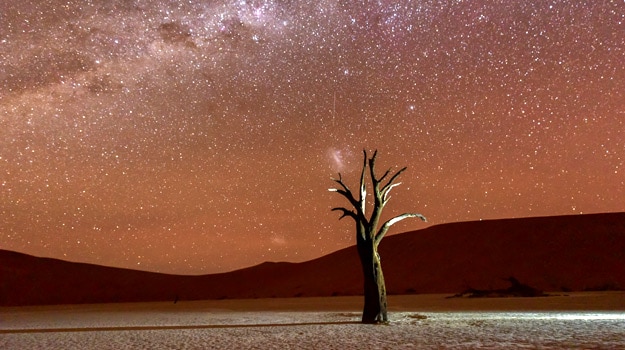 What is not there to like in this landscape of dead tree trunks against stunning sand dunes in the Namib-Naukluft National Park in Namibia? 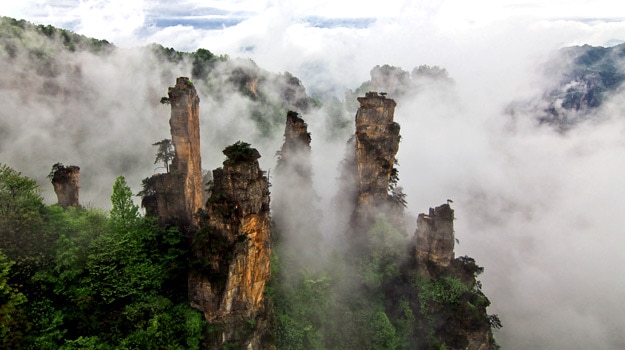 The tall rocks of the Zhangjiajie National Forest Park seem like they are straight out of the movie Avatar. These rocks give the illusion of petrified trees at one of these quartz-sandstone pillars that towers some 3,540 ft has been officially renamed Avatar Hallelujah Mountain after the movie!

ALSO READ Did you know these 4 fascinating facts about Mumbai’s Chhatrapati Shivaji terminus? 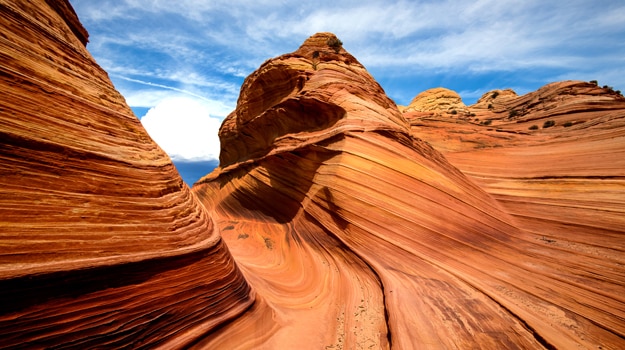 The sandstone rock formation near the Arizona-Utah border is yet another wonder of this universe that needs to be seen to be believed. 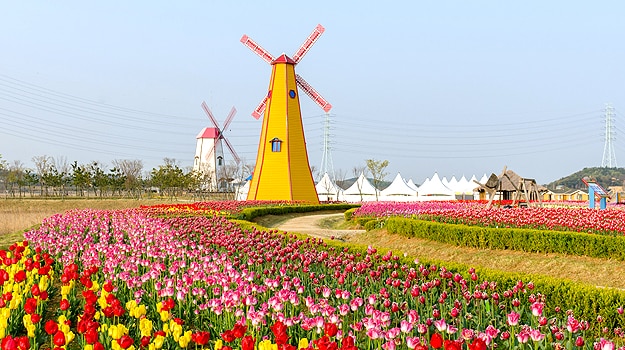 We wind up with this picture of acres and acres of tulip fields that are a very common sight in The Netherlands during spring.

So, where will you be traveling to this year? Tell us!