Uttarakhand fire: 10 things you need to know about the forest fire destroying our national parks

Corbett National Park and Kedarnath Musk Deer Sanctuary are up in flames. 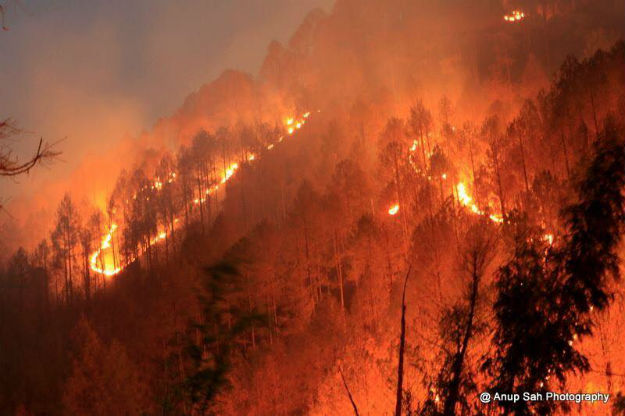 Forests in Uttarakhand are on fire. By some accounts the fires have been raging for over a week now and are engulfing thousands of hectares of forest. The loss is unimaginable. Ela Smetacek posted these disturbing photographs of the fire from Sattal. Smetacek in her Facebook post says that the fires were manmade and the handiwork of timber and land mafia. These fires have engulfed our national parks and sanctuaries. As we cover this developing story, we leave you with 10 things you need to know about the Uttarakhand fire. Also Read - The New Normal? Salon Workers Covered In PPE Kits While Giving Haircuts, Images Go Viral

1. Fire has been raging across 13 districts since February. High temperatures and dry weather combined with the winds have caused these fires to spread. Chamoli, Pithoragarh, Nainital, Bageshwar and Pauri Garhwal are among the worst affected districts. Also Read - Grand Theft Auto 5: Full List of All PC Cheat Codes

2. Estimates differ but anywhere between 1300 to 1900 hectares forest land has been destroyed.

3. Close to 200 hectares of forest has been reduced to ashes in Uttarakhands Jim Corbett National Park. The park is part of the Corbett Tiger Reserve, which is home to about 160 tigers.

4. Also gutted in the fire are 70 hectares of forest in the Rajaji Tiger Reserve. To put things into perspective, Uttarakhand has 12 national parks and wildlife sanctuaries. These cover an area of 13.8 per cent of the state. Uttarakhand is also home to the second largest population of tigers (about 340) in the country. 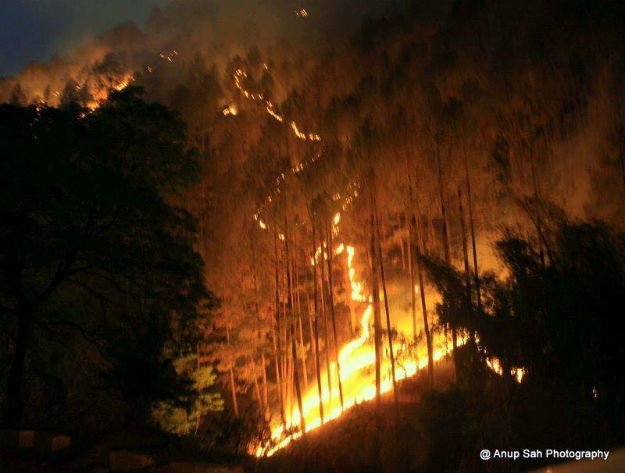 5. Kedarnath Musk Deer Sanctuary has lost 60 hectares of forest due to the fire.

6. According to senior forest officials, Kalagarh Tiger Reserve and Corbett have reported 48 cases of forest fires that have destroyed over 260 hectares of the forest in the two reserves combined.

7. Tourist resorts have also not been spared with reports of fires resorts of Sardpuli, Bijrani, Dhikala, Palen, Maidavan, Kalagarh, Sona Nadi and Jhirna.

8. Acccording to a Hindustan Times report, the revenue loss is pegged at more than Rs 13 lakh.

9. Forest fire incidents were being reported from as early as February but pre-monsoon forest fires are not unusual with locals burning forests for timber.

10. National Highway 58 was closed on Thursday for a few hours after the fires threatened to get out of hand.

There is no travel advisory on Uttarakhand as yet. To know how you can help read this Facebook post