Sunny Leone can make people people go crazy for her wherever she goes. The Ragini MMS 2 actress was in Kochi recently and fans went berserk to just get a glimpse of her. These photos and video of Sunny Leone in Kerala show why it may soon become her favorite destination in India. 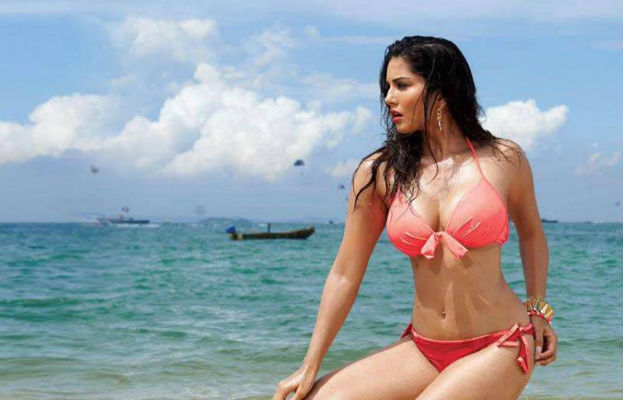 Also Read - Coronavirus in India: Number of Total Cases Crosses 1,45,000 | Why Situation in Kerala is Worrying

There is something about Kerala that makes it Indias prime tourist attraction. Many believe that it is the greenery. Some think it may be the serene backwaters. But when Sunny Leone visited the state, she discovered something else. The former adult film actress and now one of Bollywoods biggest celebrities realized that it is the people of Kerala that make it what it is. The Ragini MMS 2 actress who was in Kochi for an inauguration was in for a surprise when she saw a huge gathering waiting to just catch a glimpse of her. And thats not it. Thousands of people launched into a chant of We love Sunny the moment she made an appearance. The whole scene was mesmerizing enough to send us into a trance. Just imagine what it must have done to Sunny! (ALSO SEE Sunny Leone got playful in Kashmirs snow and the Internet took notice. VIEW PICS.) Here is a video Sunny posted on her Instagram account. Also Read - Chilling Murder! After Failed Attempt With Russell's Viper, Kerala Man Hires Cobra to Kill Wife; Arrested

No words…no words….I can’t thank the people of Kochi. I was so overwhelmed by the love and support. Never ever will forget Gods own Country Kerala!! Thank you #fone4 Also Read - Eid-Ul-Fitr Moon Sighting 2020 Live Updates in India: Shawwal Crescent Moon Sighted, Eid Will be Celebrated on May 25

Quite rightly, Sunny expressed her gratitude and how she will never forget this marvelous response. Sunny even posted a few pictures of the amazing welcome she received in Kochi. Here is her car swimming through a sea of fans.

My car in literally a sea of love in Kerala!! Thanks #fone4

And there she is being a diva and giving her fans a glimpse that they were craving for!

Hi! 🙂 photography by the amazing @tomasmoucka this is how to capture a moment!

Its quite common for the people of the state of Kerala to make people welcome. Not only is it one of the friendliest states of India, it is also home to some of the finest tourist attractions of the country. Kochi, a major port city in the state, is known for its beautiful colonial architecture and mesmerizing sunsets. Other amazing destinations of Kerala include Munnar, the stunning hill station known for its tea plantations and Varkala, known for its breathtakingly beautiful beach. Varkala beach is one of Indias most exotic holiday posts and provides unparalleled views of the shore dotted with palm trees on a cliff. And if you are someone who likes a bit of quiet, Alleppey is the place to be. Its calm and peaceful backwaters make for a rejuvenating holiday spot. You can spend days on a houseboat here without worrying about your daily troubles.

While Sunny may have been in Kochi for just a day, we do hope that she gets to come back to Kerala and enjoy the many beautiful spots the state has to offer. We know that Sunny likes to travel as is evident from her hot photos shot at beaches and pools. Now that Sunny has had a firsthand account of her crazy fan following in Gods Own Country, it is only a matter of time that the Bollywood diva takes a recreational trip to this wonderful state.