Vienna Family Day: A Little Bit of Vienna in Delhi

Fun, food and frolic marked the family day outing that the Vienna Tourist Board hosted for the travel fraternity. 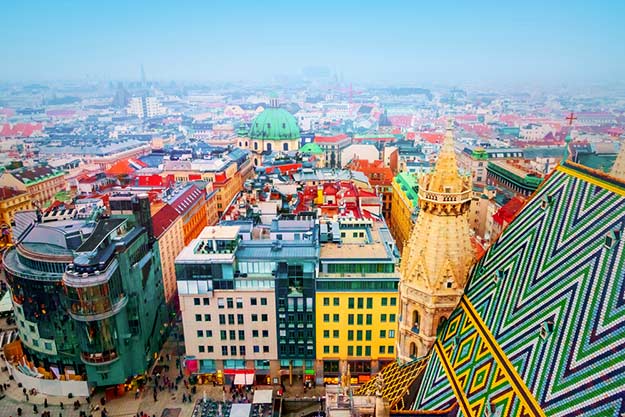 The occasion was the special Family Day the Vienna Tourist Board hosted for the travel and media community. With the winter sun smiling benignly, it was a good day to be outdoors enjoying the many games, selfie stations and delectable coffee and cakes. Also Read - Demand for N95 Masks, Sanitisers Shoots Up Amid Coronavirus Scare in Delhi-NCR

The game stations may have been for children but adults were not above queuing up to try the memory game whereby you had to identify Viennas attractions, or the 360 degree view of Vienna that the stall hosted by Le Meriden put up. DO SEE Vienna: Perfect Family Holiday Destination for Indians Also Read - Parineeti Chopra's 'Hot Chocolate With View' is Exactly What we Crave This New Year Eve, Picture Goes Viral

The family day served to bring Vienna closer to Delhi in a fun and entertaining way because we believe the Austrian capital, a city for family holiday, has a slew of activities to engage families of all age groups, says Isabella Rauter, Public Relations Manager for Vienna Tourist Board. 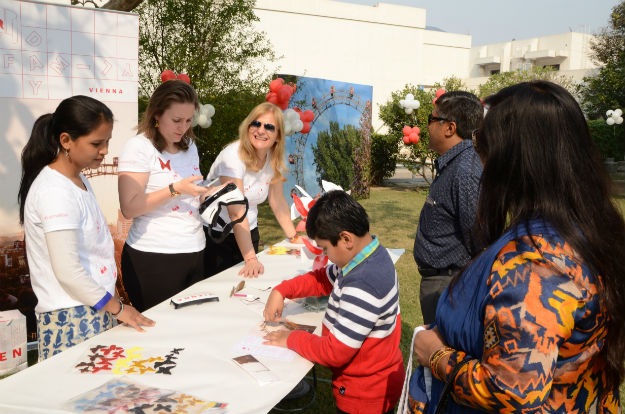 Swarovskis create your own tote bag was such a hit that the counter soon ran out of the crystal stickers.

And everyone had fun posing with props in front of the recreation of the giant Ferris wheel at Prater Amusement park. DO READ Your ultimate 10-day Eastern Europe itinerary: Explore the wonders of Prague, Budapest, Vienna and more

I was happy to meet our travel agents and their families. They were delighted to learn that Le Meridien has dozens of family suites and connecting rooms that offer enough space to welcome families. We look forward to welcoming more Indian families this year, says Isabel Laczkovich, Assistant Director of Sales, Le Meridien, Vienna located steps away from the Vienna State Opera, Imperial Hofburg Palace, Albertina, Secession and MuseumsQuartier and major shopping areas. 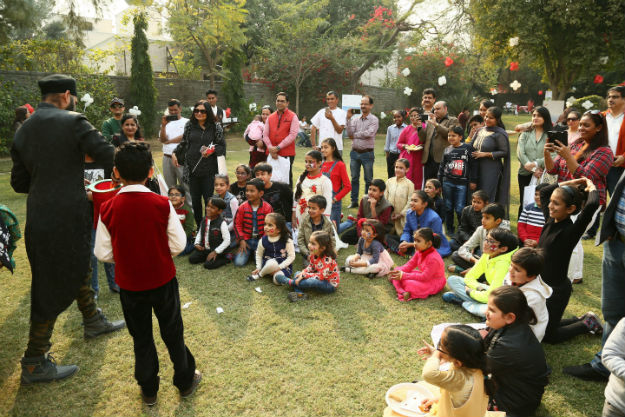 The citys efficient public transport system comprising tram, bus and metro is as convenient for small children in strollers as it is for the elderly. The city famed for its open green spaces and countless parks is steeped in art, history and music and there are enough activities for families with children, making it the best city for a memorable family holiday.

For the Indian travellers, the biggest attractions for children include The Butterfly House; Prater, an amusement park that houses the Giant Ferris Wheel, one of Viennas most iconic symbols; House of Music; Vienna Zoo (the worlds first zoo to see the birth of an African elephant conceived in human care); and art programs for children in various Viennese museums.

The Childrens Museum  Schloss Schönbrunn Experience is a special guided tour (by appointment only in English) that teaches kids about the lives of the imperial children, lets them play with toys from imperial times and dress up as princes and princesses. 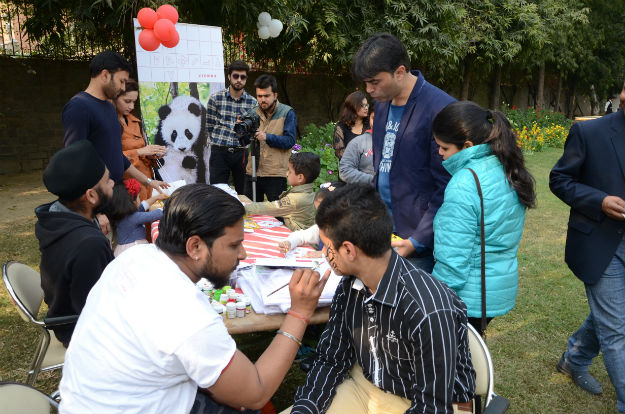 A two-horse carriage ride is as much a part of Vienna as St. Stephens Cathedral and the Giant Ferris Wheel: the fiakers. For many tourists, a carriage ride is the cosiest way to explore Viennas attractions.

Vienna is where you can step back into history one moment, revel in nature the next. A visit to the Zoo and the Prater are among the biggest draws for families travelling with children, adds Isabella Rauter. ALSO SEE Vienna voted the most livable city in the world for the eighth time!

Entry to Prater amusement park is free and the visitors pay only for the rides they pick and choose. They dont need to tire themselves in trying to exhaust the last cent out of the fat entry fee to gain access to amusement parks in many parts of the world.

Young travellers in Vienna get special as those up to mid-teens can ride along for free with their parents using a Vienna City Card. Most museums offer free entry to teenagers.