Vintage photos of Goa like you’ve never seen before

Photographer Karan Kapoor is showcasing his photographs of Goa in the '80s. The result is something quite extraordinary. 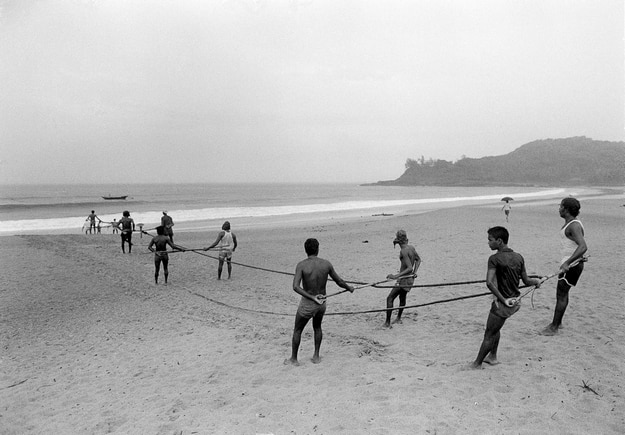 A dozen fishermen stand in pairs on a secluded beach. They are pulling out something from the sea that isn’t visible to the photographer. In the far end of the frame, a figure is walking towards a hillock that marks the end of this beach. The fishermen and the lone walker are the only human presence on the beach. Baga Beach in Goa has come a long way since in 1990 when this photograph was taken. Today, Baga is the tourist capital of sorts in Goa and a must-visit for first time Goa travelers. The quiet beach that once only saw fishermen and locals going about their chores has metamorphosed into a carnival, complete with shacks, water-sports and touts. Indeed quite like Baga, Goa too has come a long way from being the quiet beach state to becoming the party capital of the country. But for at least a few months of the year, Goa returns to its sleepy self. Its villages go back to being the quiet places they truly are, the beaches are empty and the hills and fields turn a million new shades of green. This is also the time of the year when Karan Kapoor likes visiting Goa the most. “Goa in the monsoons is beautiful; the crowds have thinned, the beach shacks are closed for the season and the wild parties are still a few months away. It comes pretty close to what it was in the ’80s,” he says. (ALSO SEE 5 reasons you absolutely must visit Goa during monsoon) Also Read - Unlock 1: Goa to Follow All Relaxations Announced by Centre, No Inter-State Transport For Now

This is also the time in history that Kapoor has captured on camera and is showcasing in his first ever photography exhibition in India. Hosted by Tasveer Arts a pan-Indian gallery that is dedicated to photography, Kapoor’s exhibition will travel to five cities including Mumbai, Delhi, Kolkata, Bengaluru and Ahmedabad. The exhibition, Time and Tide, features two series by Kapoor — one involving Goa and the other, Anglo Indians from around the country — and captures life as it unfolded before things got all crazy, chaotic and completely out of hand. Also Read - Unlock 1 in Goa: Hand Sanitisers For Domestic Helps, Vigilance Team Inside Office Premises: Here's List of Guidelines For Housing Societies, Educational Institutions And Offices 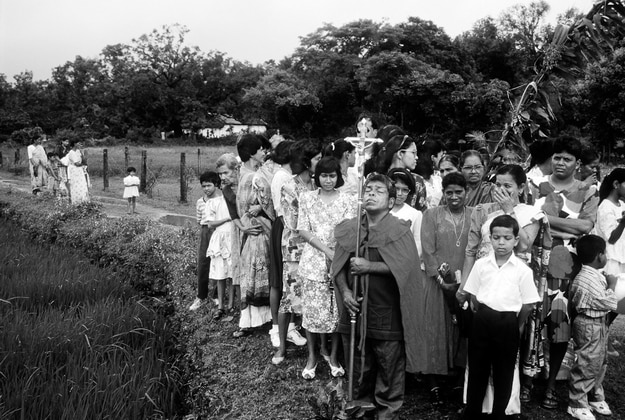 Kapoor’s Goa series evokes nostalgia. The black-and-white photographs take you through the narrow lanes of the state before they were paved, to the beaches before they turned into melas and into the homes and lives of the locals. From Chandor to Loutolim and Divar to Baga, Kapoor’s photographs capture the innocence of that tiny strip of a state long before tourists from all over the country descended upon it.

Then there are also scenes from Santo Vaddo, a tiny village near Baga-Calangute that was home to Kapoor and his family during the summer and winter breaks. It was in Santo Vaddo that Kapoor’s father, the veteran actor Shashi Kapoor had rented a bungalow and named it Love House. Through the ’70s, ’80s and a part of the ’90s the Kapoor family spent several vacations in the village. “It was the only place in the entire country where my father could be himself. Sure, people recognized him but no one ever harassed him or stalked him. They would acknowledge his presence with a nod and go about their own business. He could go over to a local tavern, have a drink and return home like any other person. He wasn’t hounded or stalked and the locals respected his space,” Kapoor recollects. 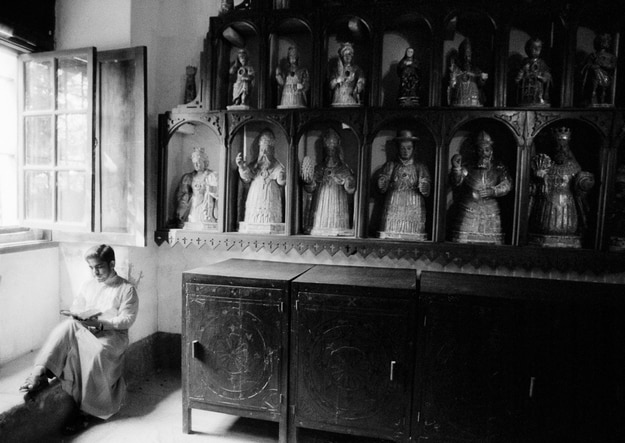 As with time and everything else around it, Goa evolved. And Karan Kapoor’s photographs are symbolic not just of how far Goa has come but just how complicated we have made our lives. “There was a time when the villagers we knew of took pride in being fishermen. They were proud and they were noble. Now that tradition is gone. No one engages in fishing anymore; today everyone just wants to open shacks or become taxi drivers. The villages are being transformed into alleyways of concrete jungles,” Kapoor says.

This is, of course, a far cry from his first memory of Goa. “I think it was in 1972. There were no flights to Goa and there weren’t any direct trains. The easiest way, though not necessarily the most comfortable one, to reach Goa was by road. So we drove down there, checked into a hotel called Mandovi and rented a taxi to go to the different beaches of Goa. I may have been about ten at the time when my parents rented a shack on Baga Beach and we spent some magical days there. There was no road, no electricity and no running water. It was all very rustic and it was beautiful. Before long, we got embedded into the village and rented a house there. We began to spend Christmases and Diwalis in Goa and soon we were just another family of the village,” he recollects.

“Romeo, Joseph, Anthony all these boys were my friends,” Kapoor reminisces. “They didn’t speak Hindi or English and we barely spoke Konkani but that never seemingly stopped us from becoming great friends.” Kapoor says he still visits his childhood friends whenever he is in Goa. “At least those who are alive anyway,” he chuckles.

In several ways, Karan Kapoor’s photographs of Goa are an attempt to hold on to a piece of his past. Somewhere on his website, Kapoor describes the time as the best years of his life. “I wasn’t on assignment; I was riding along Goa and photographing people and scenes along the way. There was no pressure of deadlines or themes; I was just taking pictures.” Since those years, Kapoor has gone on to do several things. He starred in the famous Bombay Dyeing commercials that shot him into limelight as a model. He even acted in a handful of movies but it didn’t take him long to discover that his calling lay behind the camera rather than in front of it. Kapoor then moved to England where he became a professional photographer. For most part he remained out of the limelight, making the occasional trip to India. And while he calls Mumbai his home — “Most of my friends are right here” — Goa is where his heart really resides. 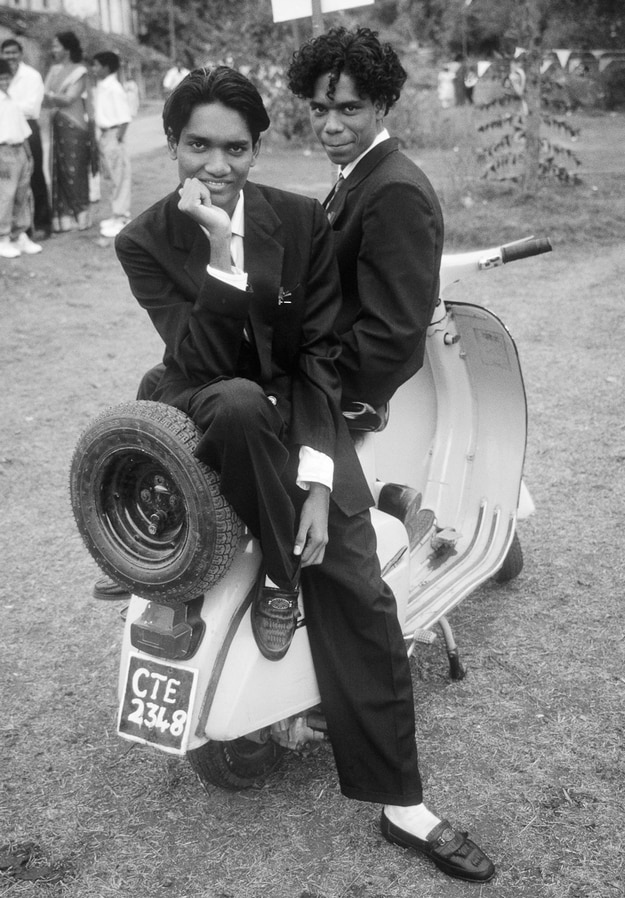 Kapoor speaks lovingly of the place, the walks to the Calangute fish market, the rickshaw rides, the cold-drink shacks and the views of fishermen going about their business. “Back then there were a lot more American sedans and Chevys that plied as taxis because they were left behind by the Portuguese,” he recollects. “And we would have to travel by a ship. There would be one that left from Mumbai and took some 24 hours to reach Goa, making stops at several places along the way.”

Kapoor also has vivid memories of those voyages. There were occasions when his grandparents, the late Ramsarni and the legendary Prithiviraj Kapoor, traveled with him too. “They would, of course, opt for the cabins but we preferred the deck. It was a lot livelier there. Once the passengers had settled, there would be a lot of food being passed around and the mood was that of a party. The cuisine in the pantry, where they would host a lotto game, was limited but there was nothing that comes close to the community feeling that pervaded on the deck.”

It was on one such ship that Kapoor loaded his Royal Enfield from Mumbai and sailed to Goa. The loyal steed was his constant companion as he photographed the Goan countryside. “I am not exactly a person who likes to lie on the beach. I had the bike; I had the camera so I set out and travelled all over the place. Wherever I stopped, there was always some feni and fish that was waiting for me.” 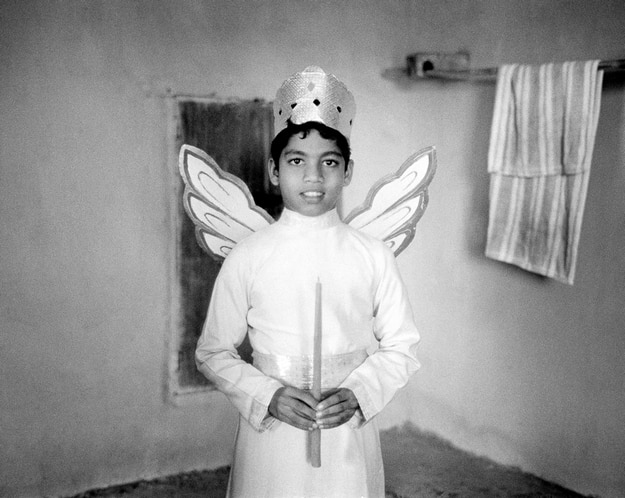 Kapoor’s last trip to Goa was in 2013. The sunny beaches of Goa were a welcome change from the dark and cloudy skies of England. “I was with the kids; they chilled by the beach and I went about meeting my old friends.” As Kapoor arrives on the shores of India this month to promote his exhibition, he plans to visit Goa again. And this time, he is experiencing a familiar longing.

We have been speaking over the phone for a little over an hour now and one cannot help but notice his voice soften, almost as if he’s wishing aloud: “There is something about working on projects when you are 20-21. This (the photo series) wasn’t a job. I had complete freedom to shoot what I wanted at the pace that I wanted to shoot at. That kind of freedom is almost impossible to get. I am 54 now, my kids are grown up and I think it is possible have that freedom again.”

So will Bombay Dyeing’s Dream Lover set out on yet another voyage of self discovery? “I’m not sure my back can take a bike journey,” he laughs. “But it would be nice, I imagine.” Only time, we suspect, will tell. 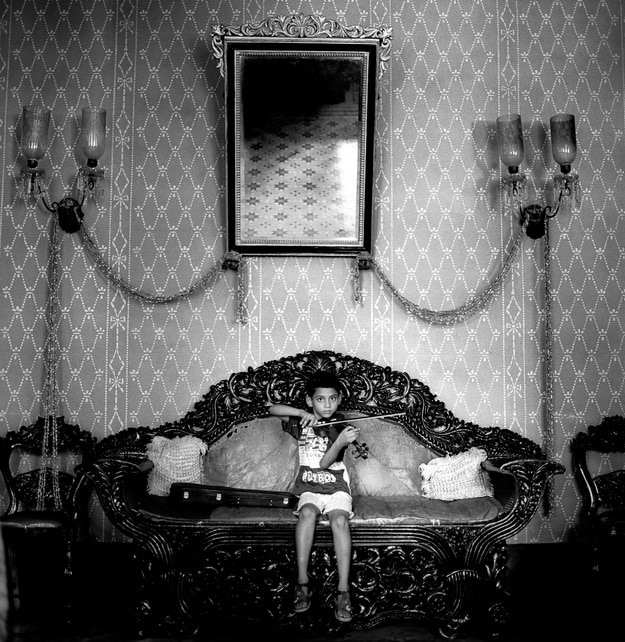