These Vishu images and photos give a glimpse into the traditions of the South Indian festival and get you excited for Vishu 2017.

April and May mark the start of a new year and spring harvests in many parts of India because of the country’s agrarian cultural roots. While the folks up north celebrate Baisakhi and Bihu, South India and Kerala in particular celebrates Vishu, with Vishu 2017 falling on 14 April. The festival is also celebrated in parts of the Tulunadu region of Karnataka, and its solemn, mellow festivities stand in stark contrast to the pomp and show of Baisakhi and Bihu. Apart from the fireworks display that happen in parts of Kerala, Vishu ushers in the new year with humbleness and sobriety. The literal meaning of Vishu is “equal”, symbolizing the completion of one yearly cycle and the beginning of another. A deeply familial festival, Vishu also revolves around Krishna, a Hindu god and avatar of Vishnu. Here are some Vishu images that give a glimpse of the festival’s rites, rituals and reverence. ALSO READ: Vishu celebration in India and the rituals performed Also Read - Rajasthan News: Shops, Parlours to Open in State, Govt Offices to Function in Full Strength From June 1 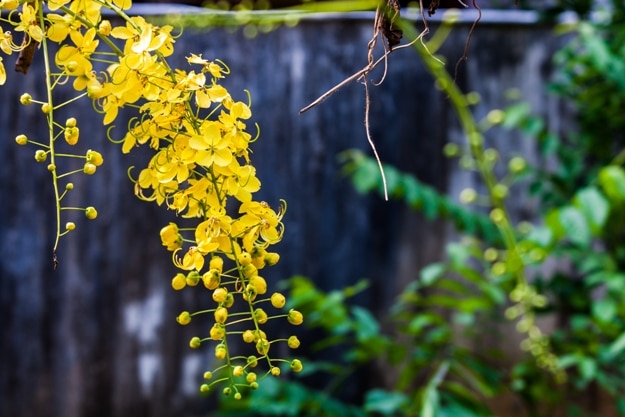 The Vishu konna or kanikkonna, known as the golden rain or golden shower tree, is a flowing plant that is vital to the tradition of Vishu. It is, in fact, the state flower of Kerala. The beautiful golden flowers of this plant are extensively used in the rituals and decorations for the festival. Also Read - Swara Bhasker Describes Struggle of Helping Migrant Workers: Have to Sift Through Filth in my Comments Section

Sambar in earthen bowl served in a traditional Vishu sadhya 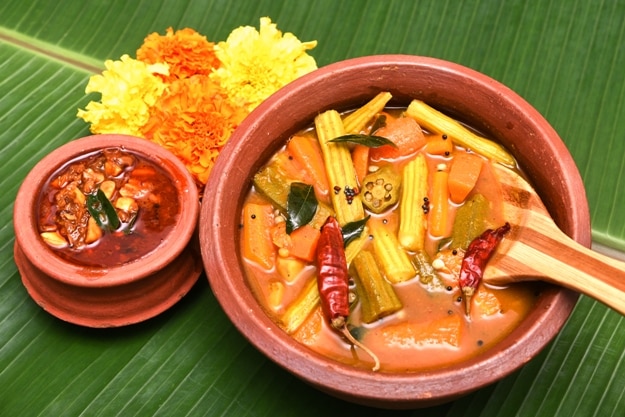 Sambar in earthen bowl served in a traditional Vishu sadhya

Sadhya, which translates to banquet in Malayalam, is a huge part of Vishu celebrations and typical festivities in Kerala. The vegetarian feast is prepared by the men and women of the house, and can come with asmany as 64 individual food items, served on a banana leaf. Normally, however, the dishes are limited to around 14-24. Also Read - Unlock 1.0: Tarapith, Tirupati, Jagannath, Meenakshi Temples | What is Opening And From When? 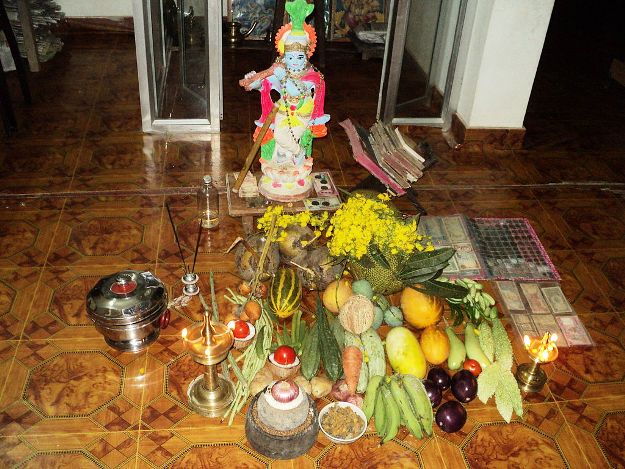 To celebrate the start of a new year, Kerala households arrange a tray of auspicious items, ideally from the new harvest, and present in front an idol of Krishna, which is the first thing that they see when waking up on the even of the new year. With blessings given right at the start of the year, the new year is off to an auspicious start.

A typical Bisu Kani in Karnataka 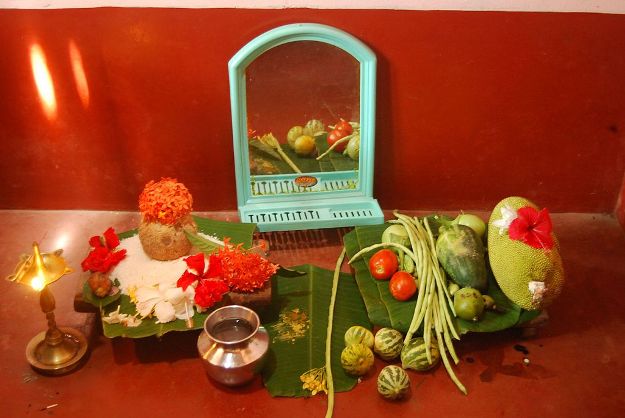 Celebrated in the Tulu region of Karnataka, Bisu or Bisu Parb is celebrated very much like Vishu in Kerala, with freshly harvested fruits and vegetables considered ausipicious being placed as an offering to god, with a mirror beside the heap. Every member sees his or her face in the mirror and prostrates before the offerings, in veneration of mother nature and her gifts.

Fireworks on the eve of Vishu 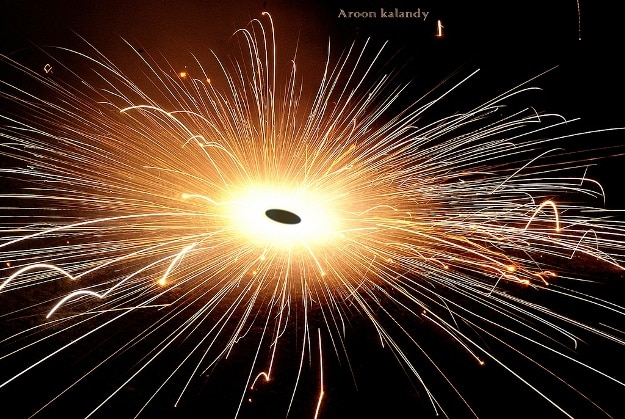 Fireworks are common in many households during Vishu, with children and adult celebrating the new year with fun and frolic. New clothes, called Vishu Kodi or Puthukodi, are worn by everyone in a household on the occasion, marking the start of a brand new year with new possibilities and joyous moments. 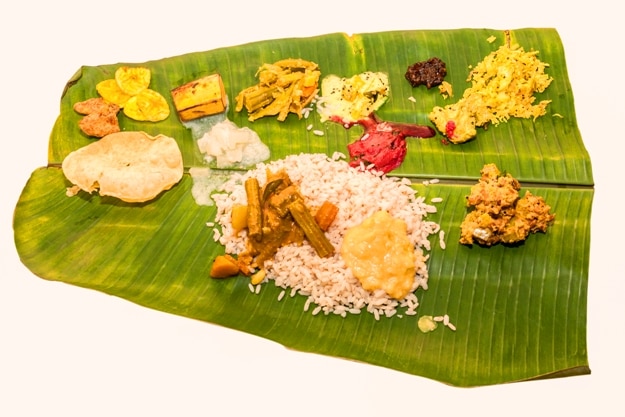 The Sadhya is part of all major festivities in Kerala, but Vishu sees special dishes made in celebration of the new year. Some of these dishes include Vishu katta, Thoran and Vishu Kanji, which is a dish that includes coconut milk, rice and spices. Vishu katta uses the newly-harvested rice and coconut milk, with a healthy dose of jaggery. Thoran uses a hodgepodge of various fresh vegetables. Mampazhappulissery and Veppampoorasam are other major dishes served in a usual Vishu Sadhya.

A family preparing for Vishu festivities 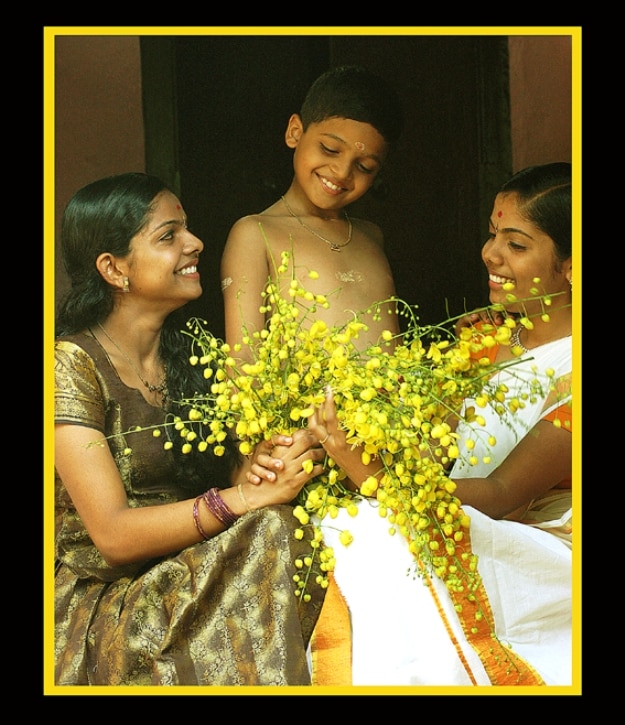 Vishu is a deeply familial festival, with most of the rites and rituals being limited to the family and community. The family comes together on this day to prepare the colourful Vishukkani offered to Krishna, pray to the god for his blessings and feast on the Sadhya before enjoying an evening of fireworks. ALSO READ: Vishu celebrations in Bangalore