Naldehra has an old vintage charm to it, it's a a hill country that's breath-taking from every angle; the plunging river valleys and sweeping mountain vistas make it a rather coveted Himalayan getaway off Shimla.

Naldehra, 25 km northeast of Shimla, is most known for its historic and scenic Naldehra Golf Club. Established in 1905 by viceroy Lord Curzon (who loved Naldehra so much, he kept his daughter’s second name as that), the century old golf course is set on a ridge among tall cedars. It’s a beautiful path that leads you to the course, and an absolute delight for photographers. It has nine holes and has been made challenging by adding a quirk that many holes share one fairway, criss-crossing it at different angles. If you want a proper ride around the place, hire a caddy or you won’t know where you’re going. Not just that, you could also swing in the practice area for a minimal fee. Also Read - Massive Traffic Jam in Himachal Pradesh Towns Due to Rain & Snowfall, Several Tourists Stranded | See Pics 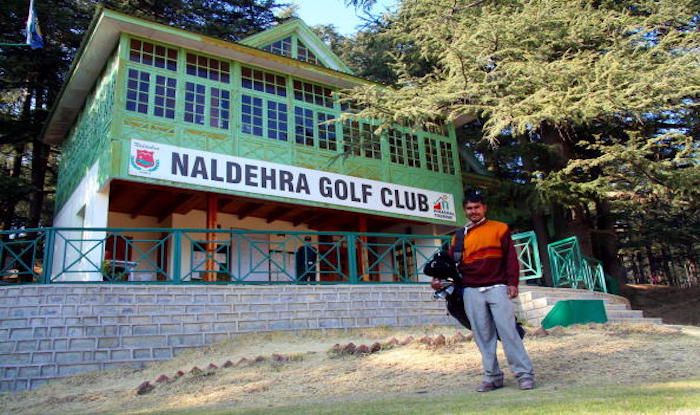 Like many golf courses around the country, this one too has a clubhouse bar where you can have a drink and a snack regardless of whether you’re playing or not. Since the course is at a height of 2044m, you could also hire a pony for rides along the ridge-top above the course or go on pine-scented walks. Also Read - Postcards From The Hills: Brace for the Snowball Fights As Shimla, Manali, Vaishno Devi, Patni Top, Hills of North Wear White Blanket

Naldehra has an old vintage charm to it, it’s a a hill country that’s breath-taking from every angle; the plunging river valleys and sweeping mountain vistas make it a rather coveted Himalayan getaway off Shimla. 360° – Top of the World is a great place for a Chinese meal with an ever-changing view; it should be at the top of your to-do list in Naldehra. It is considered as a year round holiday destination and a weekend getaway especially from Chandigarh and Delhi. Also Read - Shimla Wears Snow Blanket Ahead of New Year. What Are You Waiting For?