These destinations in Peru offer a glimpse into the early centuries of human civilization.

The South American country of Peru is home to the dawn of civilization as we know it today. It is in the dense, dark rainforests and towering, snowcapped mountains of this country that humanity became more than just another mammal species, a mere 5,000-odd years ago. Here is a look at some of the places that must be visited and experienced if you want to get closer to the history of Peru and, by extension, the history of humankind itself. ALSO READ: Peru is Worlds Leading Culinary Destination 2017; Here are Five Dishes that Show you Why Also Read - Peru, Colombia Pledge to Work Together to Protect Amazon Region 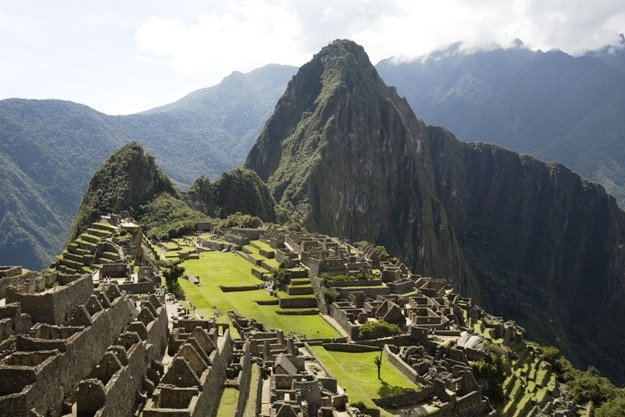 Let’s start with the ruins of the Incan city of Machu Picchu, high up in the Andes mountains. Surrounded by water channels, scenic terraces and intricate temples, this city atop a mountain once thrived. It was built with massive stone blocks combined together without the use of mortar. Once a hugely important political and religious site for the Incas, Machu Picchu today is arguably Peru’s biggest draw. Also Read - Willian Ruled Out of Copa America Final Due to Injury 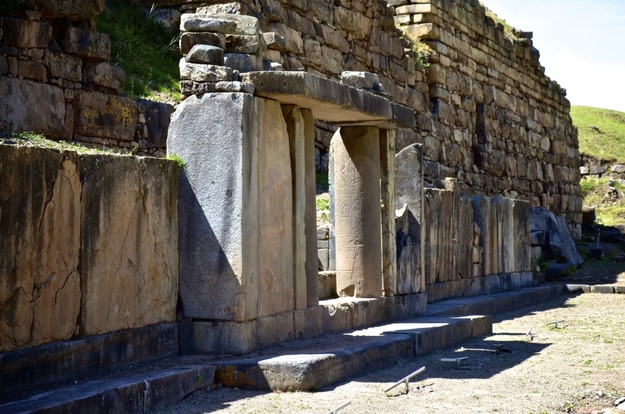 Next up is the Chavín de Huantar archeological complex, dating back 3,000 years. The temples and sculptures here were made of stone by the Chavín people, predecessors to the Incan Empire. In the pre-Inca period, Chavín was an important culture in the region. At the Chavín de Huantar, the main temple in Áncash was one of the most important oracles of the Peruvian region, with many making the journey to the temple to see the advice of the oracle. Also Read - Earthquake of 7.0 Magnitude Struck Peru, no Casualties Reported 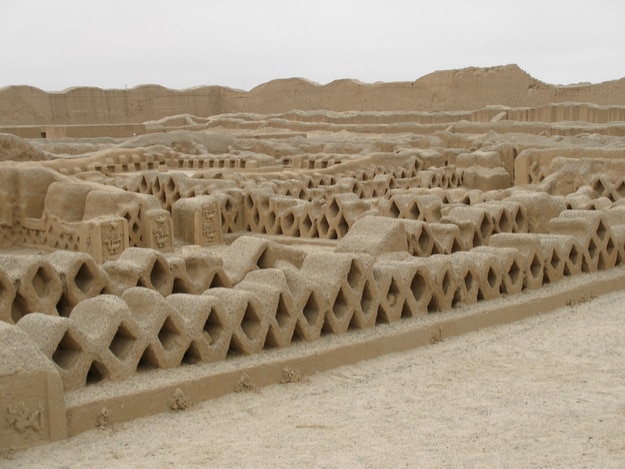 Another famed historic and archeological site in Peru, Chan Chan is considered to be the largest surviving mud brick settlement from the pre-Hispanic American era. The site consists of pyramid-shaped plazas and temples, along with a central palace. At the center of the ancient city are a series of 10-walled citadels, each wall decorated with high reliefs of fishes, birds and other motifs and geometric patterns of various intricacies. 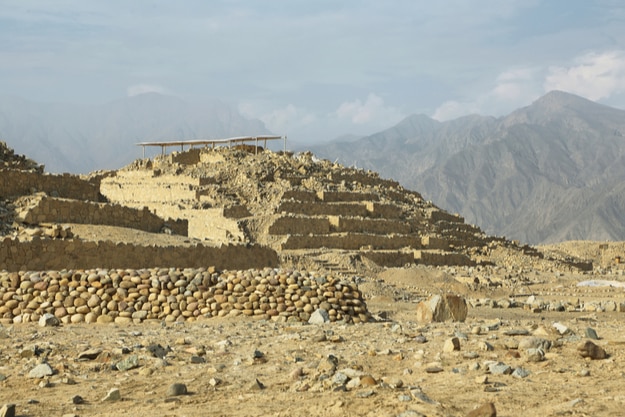 Caral, UNESCO world heritage site and the most ancient city in the Americas. Located in Supe valley, 200km north of Lima, Peru

This here is the American continent’s oldest sacred city, dating back more than 5,000 years. It is, in a sense, the cradle of the one of the first civilizations in the world. Caral is also the origin point of Andean culture and the oldest civilization in the continent. The archeological complex consisting of the ruins of Caral has a number of noteworthy structures, including six pyramids with circular plazas. The city, at its prime, was supported by farmers and fishermen. 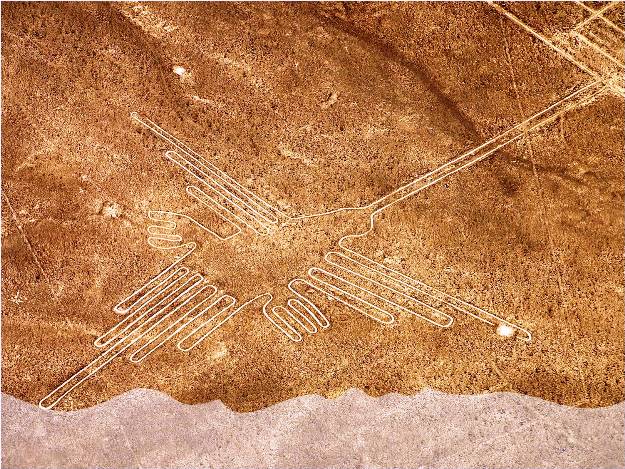 You don’t have to head to the ruined cities and citadels to get close to the ancient civilizations and cultures of Peru. On the expansive pampas of Nazca Jumana, intricate geoglyphs and lines carved onto the ground still stand millennia later as examples of the genius of our earliest civilizations. These lines depict birds, plants, animals and other objects, the intended subjects being clearly visible when seen from the sky. 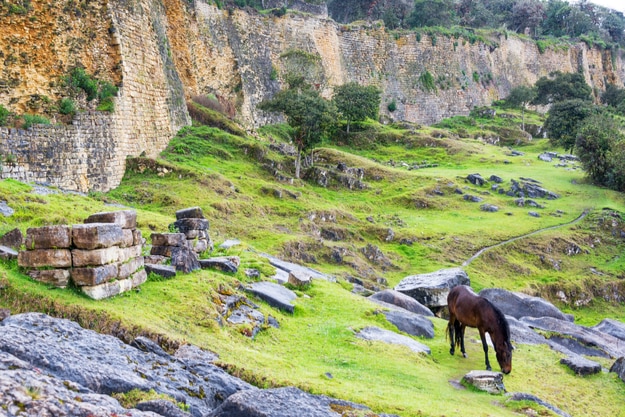 Horse grazing in front of the ancient walls of the fortress city of Kuelap, Peru

Finally, we have the fortress of Kúelap at the crest of the Andes mountains in northern Peru. Built by the pre-Incan culture of the Chachapoyas sometime between 800 and 1470 AD, the Kúelap fortress was built to protect the city, with an imposing 20-meter stone wall amidst the green mountains. And while the Chachapoyas fell to the Incas, the fortress has endured. It has just three narrow entrances, and inside it has 420 circular homes made of stone, with rhomboid and zigzag ornaments. NOW READ: Top 10 Things to Do in Peru

Peru is where the oldest civilization rose and thrived in America, and where a powerful ancient empire came to be. Today, Peru conserves and showcases the artistic and architectural remnants of its ancient people, and discovering these remnants and visiting their sites is an experience without comparison.