Indonesia is on high alert as volcanic eruption at Bali's Mount Agung has led to the evacuation of over 25,000 people from the exclusion zone. Volcanic ash is so high that flights have been canceled too. 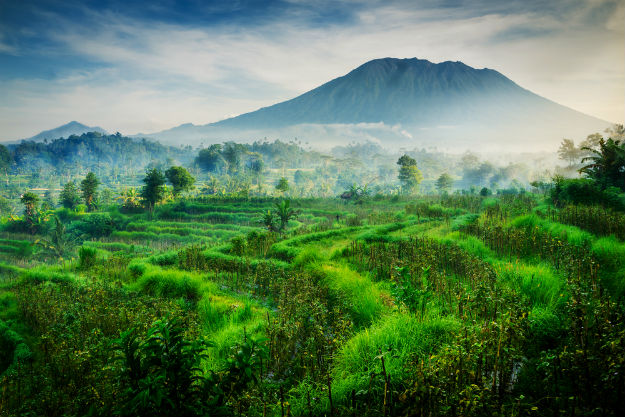 Indonesias most popular tourist attraction Bali is on high alert. Several people are stranded at the airport as the ashes from a volcanic eruption on Mount Agung have reached so high that several flights have been cancelled. There are fears that a significant eruption is imminent which is why officials have raised the alert to the highest level. A couple of months earlier it was reported that several locals fled from the area surrounding Mount Agung amidst fears that the active volcano will erupt. An alert was declared then but several government authorities had assured that Bali was still a safe destination to visit. However, the constant tremors that are being felt now has resulted in the exclusion zone around Moutn Agung being extended to 10 km. People living in this zone have been urged to evacuate. Also Read - Ms. & Mrs. Gorgeous Worldwide Beauty Pageant to be Held in Bali in May

Since last Tuesday, huge smoke fumes have been seen spurting out of the mountain. In just this last week, over 25,000 people have evacuated on account of the danger. But the situation has exacerbated this morning with the grey smoke from volcanic ashes reaching as high as 3400 metres high. As a result, flights have been cancelled and the airport in Bali’s capital Denpasar has been closed. This is a major tourist hub so several visitors are now stranded waiting for next steps from the airport which in turn is awaiting word from the National disaster agency. Another reason for this high alert is the memory of the last time Mount Agung had erupted. It was the year 1963 and the eruption then had claimed 1,600 lives. It is therefore prudent that necessary measures be taken and people steer clear of the region surrounding Mount Agung. Also Read - Indonesian Man Dresses Up as Spider-Man To Clean Up Plastic Waste, Urges Others to Do the Same

Bali is one of the most popular tourist attractions in Asia. Known for its breathtaking beaches, enchanting terraced paddy fields and pleasant hospitality, it attracts a huge number of tourists every year from all across the globe. While tourism in Bali is largely considered safe, the Mount Agung volcanic eruption threat is real and calls for caution. Also Read - Malaysia PM Defends Criticism Over CAA, Says 'Need to be Frank' Despite India's Palm Oil Curbs