They rode for 4500 km in just 10 days and came back with this amazing video. 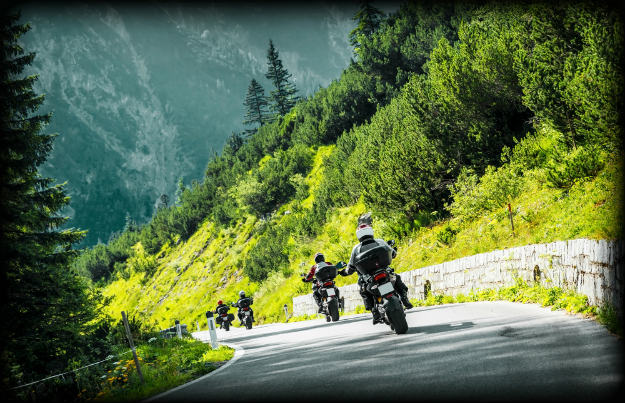 Biking or going on a road trip is often a dream many of us have and while we may travel to enough places, the thrill of riding or driving for hours on end is something else altogether. You never know what kind of experience you will have and what you will see as each road trip is different from the other. Three guys who have busy lives with one being a fashion photographer and the other a singer and the third who has a job but is a traveler at heart, decided to go on a biking trip. They covered 4500 km on their bikes as they rode from Lithuania to Switzerland and back in just 10 days. They captured their journey on camera and this is what it looks like. Also Read - Union Minister Sadananda Gowda Flouts Quarantine Rules at Bengaluru Airport; Says 'I’m Minister’

On the first day, they rode for eight hours. They started from Lithuania and reached Warsaw. On the second however, the journey was more intense as they rode for 10 hours. Watch the part where they are in Vienna and just how beautiful the roads and the surroundings are. Snow-capped peaks and greenery all over make for a beautiful sight. A road trip comes with its own adventures and they faced one when they had to drive in the rain that the cold weather made it worse. After reaching their destination, they dried their gear in the most epic way, watch the part to know how. When they reached Switzerland, they went to the two most stunning mountain passes and the roads leading up to them are worth a watch. So without revealing anything more, we leave you with the video. Watch it, get inspired and go on a road trip with your friends too. Also Read - Over 5,000 Chinese Troops Present in Ladakh, Other Areas; India Increases Force