Westminster Abbey to Unveil Series of Galleries Hidden for 700 Years

After 700 years of being hidden, a new series of galleries will be opened to the public. 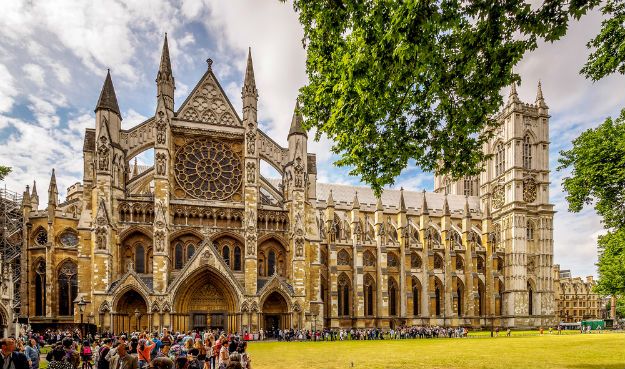 A previously unseen series of galleries high up above the floor of Westminster Abbey here are set to be unveiled to the public for the first time in 700 years. Also Read - Rishi Kapoor Posts Prayer in Favour of Kanika Kapoor-Yes Bank Founder Rana Kapoor, Says 'Kuch “Kapoor” Logon pe Time Bhaari Hai'

The Queen’s Diamond Jubilee Galleries are located 16 metres above the ground level and had remained inaccessible to visitors for most of the church’s history, according to Westminster Abbey. ALSO SEE 15 beautiful photos of iconic London landmarks that you cant afford to miss! Also Read - Irrfan Khan-Sutapa Sikdar's Son Babil Returns to India After Being Stuck in London Amid Coronavirus Chaos

“Hidden for over 700 years,” the Abbey said on its website, adding, “Discover a secret space never open before to the public.”

The galleries would be open to the public from June 11. Among the items on display would be an effigy head of Henry VII, modelled on the king’s death mask and a funeral effigy of Queen Mary I.

“The galleries in the beautiful 13th century triforium display our greatest treasures and tell the story of our thousand-year history,” the church said.

A 14th century guide to coronations and royal funerals known as the “Liber Regalis” and England’s oldest surviving altarpiece, the Westminster Retable, will also be featured in the exhibition.

Bringing the collection up to modern times would be the marriage license for Prince William, Duke of Cambridge, and his wife Catherine, Duchess of Cambridge, who married in 2011.

It would be the first time that item goes on public view, the church said.

“Your journey starts at the Weston Tower,” the church said. “See amazing views of the Palace of Westminster and the medieval Chapter House on your way up ? it?s all part of the experience,” the website added.