What is a supermoon and when can I see the largest moon in 70 years?

Here's why the November 2016 supermoon is such a big deal! 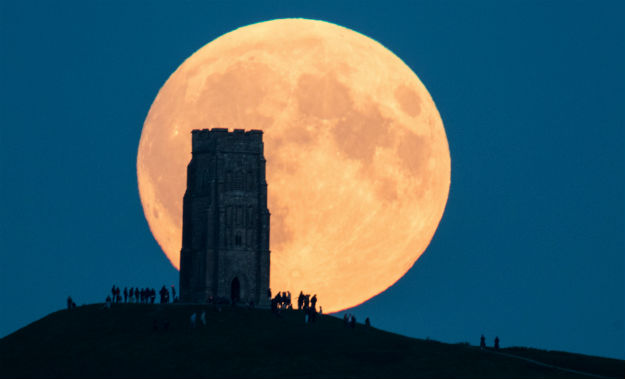 With the term ‘supermoon’ trending all over social media, you may be wondering what it means and what the big deal about it really is. Well, like the name suggests, supermoon is a phenomenon in which the moon appears the largest. This happens due to two reasons – 1) the distance of the moon from the earth is the shortest and 2) it is a full moon day. According to NASA, “When a full moon makes its closest pass to Earth in its orbit it appears up to 14 percent bigger and 30 percent brighter, making it a supermoon.” The last such supermoon occurred almost 70 years ago in 1948. The next one will not be until 2034. This is what makes the viewing of tonight’s supermoon extremely special and vital. Simply put, it is the closest, brightest and biggest moon of this century. (ALSO SEE Supermoon November 2016: Best places to watch the supermoon tonight!) Also Read - Two Doctors of Delhi's Safdarjung Hospital Assaulted While Buying Grocery, Case Filed

So why does the supermoon occur? The moon follows a slightly elliptical orbit around Earth so sometimes it is closer to our planet and sometimes it is farther away. When the moon is full as it makes its closest pass to Earth, it is known as a supermoon. At perigee, which is the point at which the moon is closest to Earth, the moon can be as much as 14 percent closer to Earth than at apogee (when the moon is farthest). The full moon appears that much larger in diameter and due to this, it shines 30 percent more moonlight onto the Earth. It is worth noting that supermoons in general are not extremely rare. In 2016 itself, we have three supermoons – October 16, November 14 and December 14. However, the November 14 supermoon (today) is a big deal because the moon will be unusually close and completely full. Also Read - Do You Have Celiac Disease? You May Die Prematurely

In India, you will be able to see the supermoon just after dusk. The moon will start appearing nearly at the same time as sunset. It is expected to be at its full phase at 7.22 pm IST. So, get out there and catch this wonderful phenomenon which promises to be an exciting experience for all mortals. Also Read - Entertainment News Today April 9, 2020: Zoa Morani Feels Much Better Says She is Responding Well to The Treatment

CHECK OUT These 10 awe-inspiring photos by NASA Astronaut Scott Kelly will blow your mind away!