What to See, Eat And Do in Chettinad in Tamil Nadu

Chettinad is a region of approx. 78 villages with beautiful mansions, that used to be dominated by the prosperous Nattukotai Chettiar community of businessmen who once traded in everything from salt t

Chettinad is a region of approx. 78 villages with beautiful mansions, that used to be dominated by the prosperous Nattukotai Chettiar community of businessmen who once traded in everything from salt to gems and bankers, over a century ago. It is located within a two hour drive from two of Tamil Nadu’s great temples at Madurai and Thanjavur.

Today it is home to 11,000 mansions; about half the number that existed 100 years ago. The Chettiar man was the king of his home but in the mid-20th century, most Chettiar families moved to cities such as Chennai leaving their palatial homes in the custody of caretakers, who maintained them for those rare occasions, such as weddings or Pongal, the Tamil harvest festival, when the family came to visit. These homes today see hordes of travellers and a few of these mansions have been converted into elegant hotels.

Chettinad is full of grand, palatial homes, with entrances on one street and exits on a parallel street. A typical Chettinad mansion has a sweeping path leading to the front porch, called a thinnai, before entering a large verandah leading into an open space that was often used for big celebrations. Along the verandahs are the mansion’s residential and store rooms; with fine carvings on the doors, and made with teak pillars from Burma, marble tiles from Italy and ceiling tiles from Spain..

All Chettinad towns have a few well-maintained mansions; but some of the more popular ones are the Chettinadu Mansion in Kanadukathan village and Chellappa Chettiar’s House in Kottaiyur. The Periya Veedu in Athangudi is exceptionally beautiful and well-maintained. Pallathur, Devakottai and Kothamangalam villages, all within 50 km radius of the main town of Karaikudi, are also well known for their grand mansions. 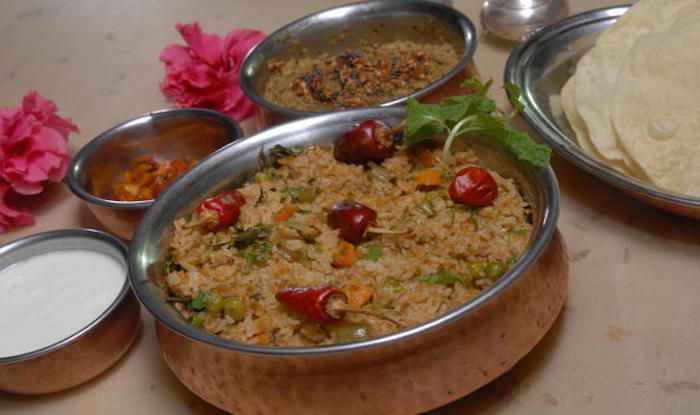 Make a trip to this hilltop fort, built in 1687 by a local ruler. It is best to go early in the morning before the sun it at its peak; since it involves a short but tiring hike up some steps. The cannon at the top and a fantastic, sweeping view of the landscape for miles, along with two small rock-cut temples, dedicated to Shiva and Vishnu, will make it worth a visit.

It’s possible for travellers to see how a basic stencil, and clever use of colours and techniques create stunning floor tiles in floral, geometric, and paisley patterns. Tile-making skills are passed on from father to son and the superiority of these products is credited to the high quality of local soil and water.

You get to see local weavers at work along with shopping stunning Chettinad cotton saris and fabrics at very reasonable prices from a weaving centres like Sri Mahalakshmi handloom weaving centre in Kanadukathan and the weavers’ colony just outside Karaikudi.  There’s no concept of middlemen here; you can be sure that the money goes to the weaver directly.

There’re shops selling antiques too; and much of what is available was part of the dowry of the Chettiar women. They sell traditional vessels, old cooking utensils in brass and copper, furniture and even woodwork from the area. They can be found on Muniswaran Koil Street in Karaikudi.  There’s also the local market (held on different days in different villages) where one can catch a glimpse of routine life in Chettinad.