Every Hindu devotee must visit these Rama temples in Chennai when they are in Tamil Nadu. 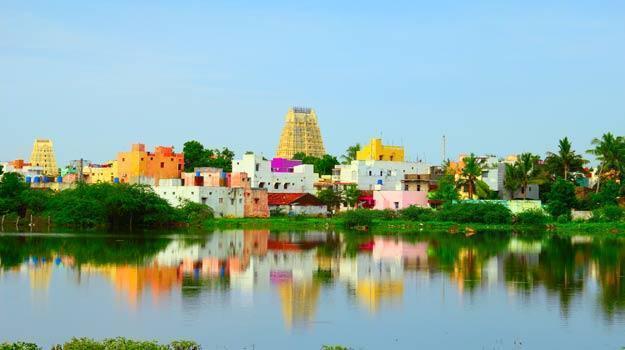 Also Read - Muralitharan Stable After Being Hospatilised For Cardiac Treatment

Rama is one of Hindu mythology’s most revered deities. Born to King Dashratha in Ayodhya, Rama is believed to be Lord Vishnu’s seventh incarnation on earth. This makes him an extremely significant figure for Hindus. Ram Navami is celebrated to commemorate the birth of Lord Rama and all of India celebrates this festival with great zest. Ram Navami 2017 date is April 5 and on this day, several Rama temples perform grand religious rituals, and hold massive celebrations. One city which has a number of Rama temples is Chennai in Tamil Nadu. Here are the Rama temples in Chennai one must visit. Also Read - Tamil Nadu: Patients Complain Of Graft, Corruption In Chennai COVID Facilities

Built originally as a Hanuman temple, this temple has idols of Rama, Sita and Lord Anjaneya. It is popular for the self engraved “yanthram” or Anjaneya Beejatcharam at the bottom of the Anjaneya idol. years ago, this was declared as a unique phenomenon by a Vedic scholar making this temple a significant one.

Located in Saidapet which lies on the banks of the Adyar river, Sri Rama Baktha Anjeyar temple is dedicated to Lord Rama and is famous for its architecture that stands testimony to the Vijayanagara empire.

Located in the West Mambalam neighborhood in Chennai, the Kodandaramar temple is popular among local Rama devotees. The temple houses Lord Rama as ‘Pattabhirama’ and Sita as ‘Piratti’. It is known to be around 150 years old.