When Visiting Sikkim, These 9 Things Will Help You Understand it Better

The sight of the Himalayas, the clean glacial water of the valleys, the freshness in the air and much more are something worth experiencing. 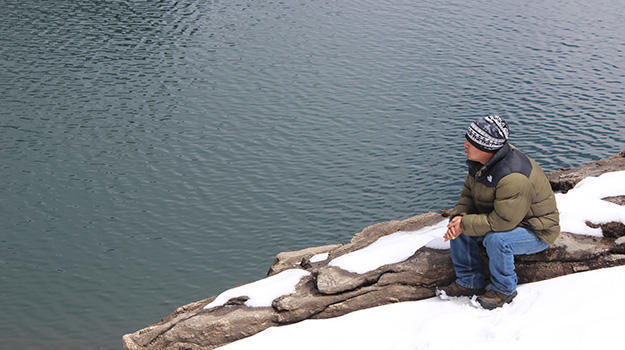 Sikkim, the least populated state in India, located amidst the Himalayas, bordered by Bhutan to the east, Nepal to the West, West Bengal to the south and Tibet to the North is perhaps one amongst the most beautiful and richly cultured states of our nation. With 11 official languages and a wide range of rituals, the state has managed to preserve its heritage and simplicity till the very date.Also Read - 7 Must-Have Summer Coolers You Should Drink to Beat the Heat 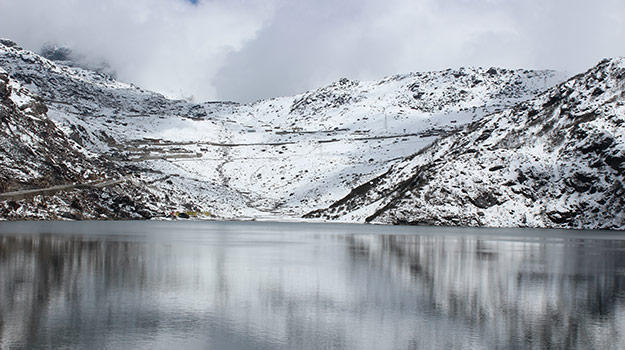 The Tsomgo Lake also known as the Changu Lake is a glacial lake located in east Sikkim usually frozen during the winter season. It is one amongst the most famous tourist spots but little do people know that apart from its beauty the lake has a mysterious story to it as well. It is said that the place where the lake exists was previously a shed where yaks lived and the area around the lake was a village that belonged to the tribal people. One night, the oldest women of the tribe had a dream that soon the village would drown in water leaving no sign of life, she warned all the villagers but nobody gave an ear to her, eventually, failed in her attempt to convince the others to leave, she left the village with her yak and soon after the village was submerged in water. The water entirely washed away the existence of any human soul or animal and today the natives of Sikkim visit the lake to pray to the spirits of the dead. Also Read - Hailstorm Alert In THESE States Till Next 5 Days, IMD Predicts Damage To Building 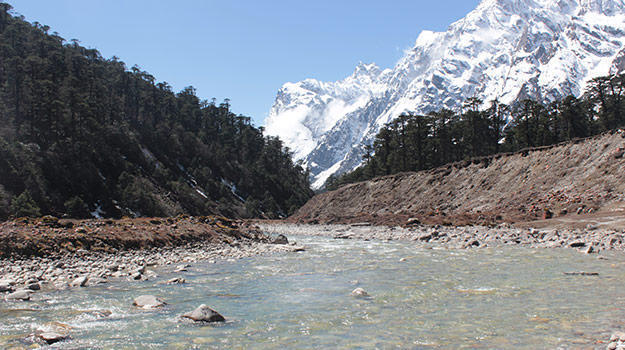 Right before the Chumtang valley located in Lachung there is a natural hot spring on the right side of the road on the top of a mountain that not many people are aware of. The hot spring is accessible to all and is not charged for either. A dip in the hot spring is all that you need to prevent yourself from freezing to death while you are on your way to the Chumtang valley or zero point. Also Read - Salt to Taste: Are You Using the Right Quantity? 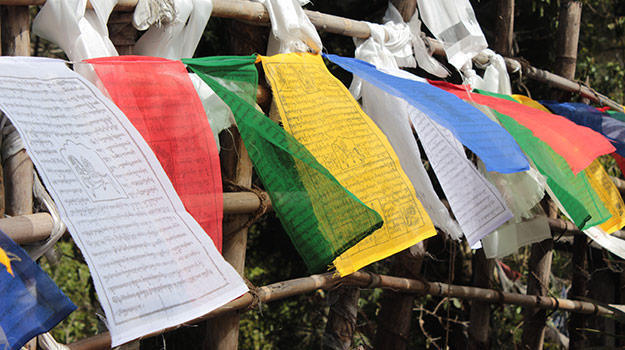 One of the most peculiar as well as pretty features about Sikkim is the presence of color in the state. Every street and road is filled with prayer flags of various colors. The Buddhists for centuries have planted these flags outside their homes as well as along the path that they travel for the wind to spread the positive vibrations of the flag across the countryside. The flags are said to bring happiness and prosperity. The 5 colours of prayer flags represent the 5 basic elements: yellow-earth, green-water, red-fire, white-air and blue-space. Balancing these elements externally brings harmony to the environment and balancing them internally brings health to the body and the mind. The various coloured flags are said to purify the human soul.

Red (me) purifies greed and possessiveness. 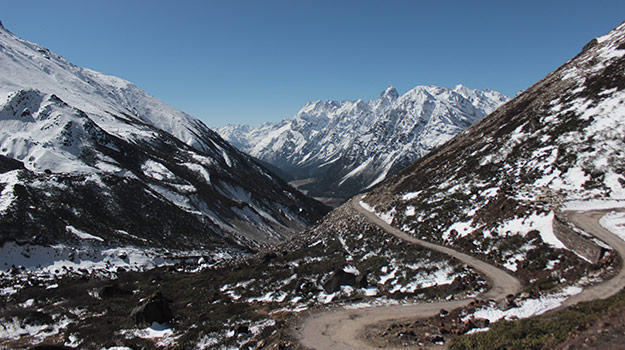 Transportation is a major problem in Sikkim. There is no bus or train facility except for the toy train in Darjeeling but rental as well as shared taxis and cars are easily available at an affordable price. The road from the Bagdogra airport to Gangtok is well maintained but the roads of north Sikkim towards Lachung barely exist, so when travelling towards north Sikkim you could opt for a camel ride.  The southern roads are well built since they are maintained by the “Border Road Organization” also known as the BRO whereas the northern roads are maintained by the state government. 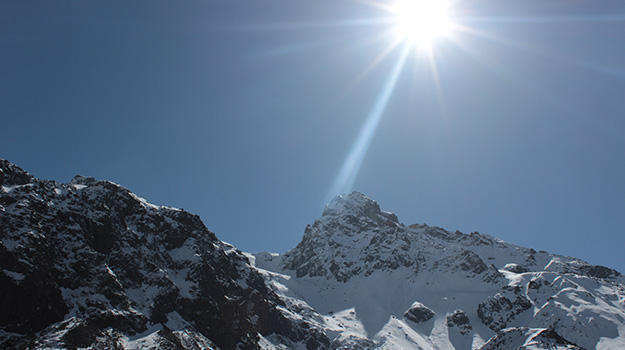 If you are a late riser as well as a late sleeper, Sikkim is just the place you need to visit to get yourself on track. It is pitch dark by 6 in the evening and the entire town retires by 7, on the other hand morning light hits the place by 4 and all the shops, people and offices are fully functioning by 7 am.

The weather in Sikkim is most uncertain and irrespective of the season there is no fixed time for the rains. It may rain in the morning and snow at noon; if you are lucky, you may even be able to spot a double rainbow due to the uncertainty of the rains. So do not forget to carry an umbrella unless you want to have a drenched visit. 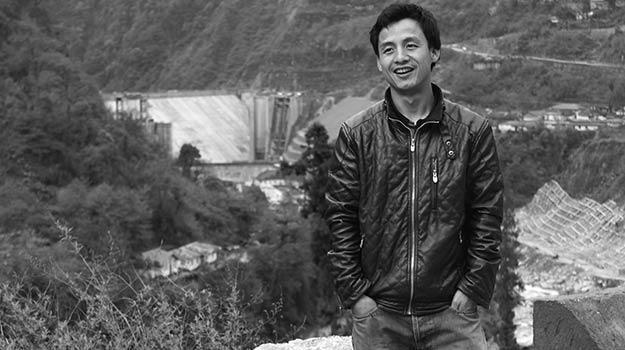 The people of Sikkim consist of three ethnic groups, that is, Lepcha, Bhutia and Nepali. Hindu Temples coexist with Buddhist Monasteries, Churches, Mosques and Gurudwaras. The predominant Communities are Lepchas, Bhutias and Nepalese.  The people of Sikkim are extremely warm, well mannered and welcoming. The major source of income for the people as well as the state is tourism.  If you treat them with respect and humanity they will give you a peek into their culture, stories and experiences. They live an extremely simple lifestyle and most of the people are content with what they have. There are a huge number of football enthusiasts present in Sikkim.  The best way to know about the place and its culture is by visiting the home of a local person. Most of the drivers in Sikkim know everything you may want to know about the place, they will tell you all that you need to know if you are friendly to them, and you may encounter a few fun ones who will tell you their personal stories too. 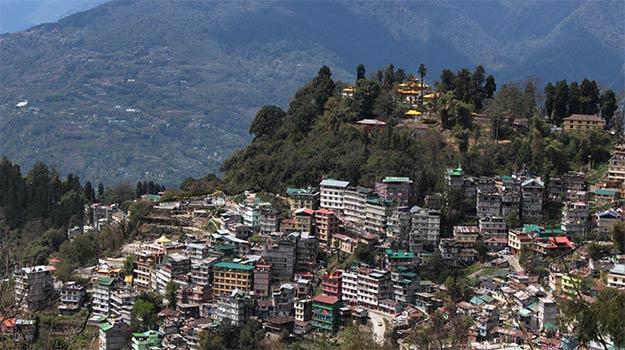 The two most famous markets to shop at in Gangtok are the Lal market and the MG market but people do not realize that there is a market on the way to the Tsomgo Lake which has a larger variety of items to offer at a much more reasonable price. There is a large variety of winter wear such as jackets, mufflers, cardigans, warmers, headgears, boots, gloves and beanie caps to choose from. The Lal market and MG market located in Gangtok have a limited number of things to offer at a rather unreasonable price. 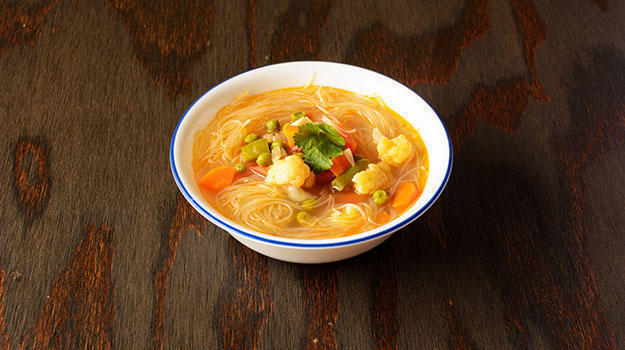 The people of the East prefer to eat food that is simple and low on spice. Their staple food “Thukpa” or “Gyathuk” too consists of plain noodles and vegetable stew.  Potato is grown here in abundance and hence every food item consists of it. If you prefer food that is high on flavor and taste you may have a problem on your visit to Sikkim. “Momos” are easily available at every corner and they are served in three varieties: steamed, fried and chilly. A hot plate of momos filled with garlic and onion is just the thing you need in the cold. If you are staying in the heart of Sikkim that is Gangtok and crave for food that is spicy and flavored, do visit “Times Square” a well-maintained restaurant with quality food and remember “Maggi” is always a lifesaver. 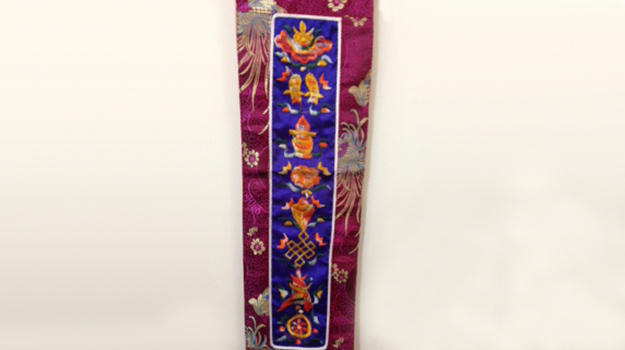 Most of the architectural structures of the place consist of 8 lucky signs of Buddhism. Tourists are usually unaware of the meaning behind these symbols, which are as follows:

The parasol:  Protection from suffering

The two golden fish: For swimming through all troubles in life

The conch shell: Represents the sound of the Dharma reaching far and wide, awakening beings from ignorance

The lotus:  For blossoming in life

The banner of victory: For victory over evil

The vase: For a long and healthy life

The dharma wheel:  Represents the circle of life and karma

The eternal knot: Signifies cause and effect and the union of compassion and wisdom 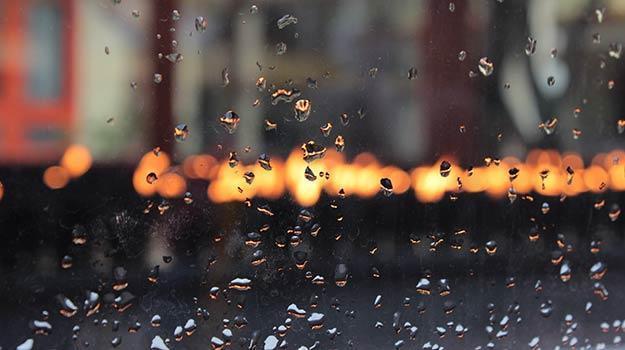 Sikkim is one of the most serene and peaceful places to visit. The sight of the Himalayas, the rising of the sun amidst the snow-capped mountains, the clean glacial water of the valleys, the freshness in the air, the sound of the monks chanting and the simplicity of life in the northeast is something that everyone must experience once in a lifetime.