White walker spotted on the Chadar trek in Ladakh!

This video of a white walker in India will give you the chills! 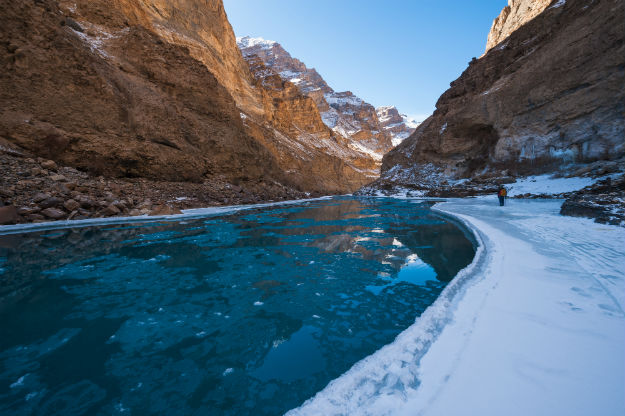 Anybody who follows Game of Thrones knows what a big deal it is to spot a white walker! As per the fictional series, white walkers are an ancient race of humanoid ice creatures, who come from the Far North of Westeros. It is only the brotehrs of the night’s watch or some wildlings who have really spotted white walkers so far. However, we seem to have spotted one right here in India. A video posted on the group ‘The Himalayan Club’ on Facebook shows a white walker walking amidst the snow in Ladakh. However, chances are that he is just an adventurer on the extremely popular Chadar trek in Ladakh. The Chadar trek (also known as the Frozen Zanskar trek) which can only be embarked upon during the winter months of January and February when the river Zanskar freezes, is a favorite among experienced trekkers and adventurers.Known as one of the most difficult treks in India, the Frozen Zanskar or Chadar trek is an experience of a lifetime. It takes between 11 to 20 days to complete this trek and is therefore only for professionals. The kind of skills you need to make it through this trek is akin to the ones you may need to be a white walker. Have a look at this wahite walker who takes you through the Chadar trek and gives you an idea of how amazing it is! ALSO SEE Top 10 treks in India for the long January 26 weekend Also Read - Ladakh Standoff: Meet Lieutenant General Harinder Singh, Who Will Represent India at Today's Talks With China