Will and Kate in Agra: The reason why the royal couple want to visit the Taj Mahal will leave you surprised! 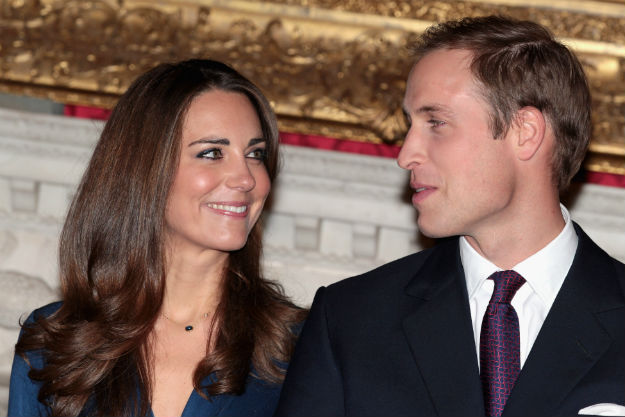 The Royal couple has been on their maiden trip to India since April 10. They started their trip from Mumbai followed by Delhi and then Assam. And now, we hear there’s going to visit the Taj Mahal in Agra. There is absolutely no reason why anyone would want to miss a visit to the Taj Mahal while in India. However, the sheer beauty of Taj Mahal, one of the world’s seven wonders is not the only reason why the Duke and Duchess of Cambridge, Prince William and Kate Middleton will be visiting the Taj Mahal in Agra. The royal couple’s trip to India has been their first trip in two years and the trip was packed with meetings, galas, interactions with locales, one too many luncheons and dinners that made their visit to India the talk of the town! Also Read - UP Jail Inmates Manufacture Around 11.49 Lakh Face Masks, Provide 8 Lakh of Them to Government And Non-Governmental Organisations

After spending a couple of days in the neighboring Kingdom of Bhutan, Prince William and Kate Middleton will be back in India only to see the Taj Mahal. It was only in 1992 when Prince William’s mother, HRH Diana, Princess of Wales visited the Taj Mahal while she was on a trip to India with Prince Charles. Prince William will be visiting the Taj Mala, 24 years after his mother did! Also Read - Coronavirus in Uttar Pradesh: As Numbers Spiral in Agra, Government Removes Top Medical Officer

ALSO READ Kate and William in India: Stunning pictures of the suit that is home to the royal couple in Mumbai

Back in 1992, it was princess Diana, it'll b the Duke and Duchess of Cambridge today to visit the #tajmahal #india pic.twitter.com/NkpnHY4sYP

ALSO READ Kate Middleton feeding baby rhinos and elephants are guaranteed to melt you in your seat!

While Princess Diana would’ve loved to have her sons Will and Harry next to her on February 11, 1992, she was very adamant on the fact that the boys don’t miss too much of school! Prince William was 10 years old when his mother visited the Taj Mahal and it holds a special place in his heart. For him the Taj Mahal has memories of his mother that he’d want to be as close as possible to. And just like that, the Taj Mahal proves to be a symbol of love in one way or another. We’re looking forward to Kate and Will’s visit to Agra this afternoon!

ALSO READ Kate and Will in Bhutan: 8 pictures from the royal Couple’s trek to the Tiger’s Nest