With the number of women travelers on the rise as never before, Indian women have suddenly found themselves in the center of the travel provider's universe. A survey reveals just what it is that women travelers really want! 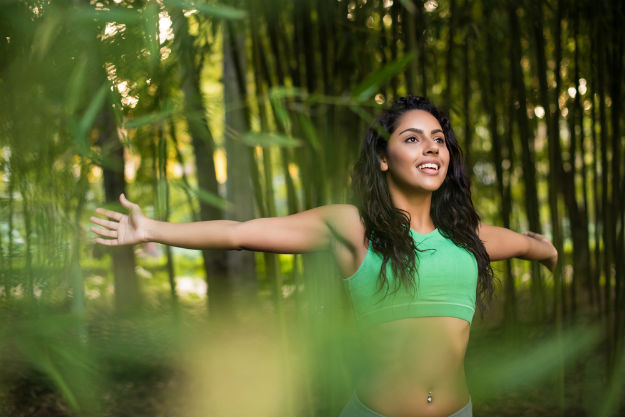 More Indian women have been traveling the world now than ever before. And so it only seemed fair that the folks at HolidayIQ invited women to tell them about their expectations as travelers. The survey was conducted with over 20,000 women from across 30 Indian cities and towns and sought to find answer to the very basic question: What is it that Indian women travelers want? Some of the responses revealed interesting new trends, while others (need for cleaner modes of transport etc) reinforced what we’ve known for quite some time. Also Read - DRG vs GYK Dream11 Team Prediction, Turkmenistan Basketball League: Captain And Vice-Captain, Fantasy Basketball Tips Dragon Oil vs Gurlushikchi on June 6 at 5:30 PM IST Saturday

72 per cent women responding to the survey demanded that traveling solo should be made safer in India. This is a new trend in India. Traditionally, women have traveled either with their partners or families or more recently in groups with other women. According to the survey insights more women are now traveling alone in India. They survey revealed that 29 per cent holidays are booked by solo women travelers, a jump of 11 per cent from last year’s 18 per cent. Also Read - Air India International Flights: More Seats to More Destinations in US, UK on Cards. Details Here

ALSO SEE Top 5 Womens Day events in Mumbai you must treat yourself to!

This is yet another extension of the first two findings. More women are now seeking rarer experiences. And this is why 61 per cent women find it important to have access to remote destinations. Whether it is a weekend getaway or a long journey, discovering new places is becoming a big trend, according to the survey.

This finding has reinforced something we’ve known for a while now. Clean modes of transport are key to good tourism culture and 55 per cent women voted for clean buses and trains as one of their top priorities. The time for a toilet revolution is ripe; 600 million people in the country do not have access to clean toilets. According to the survey, more women are shying away from taking trains this year due to lack of hygiene.

A related finding revealed that 45 per cent women travelers expect women taxi drivers. The trend, yet again, is due to the rise of solo women travelers and the rise in cab aggregators such as Uber and Ola.

28 per cent women also demanded for women-only buses and trains, which ties in with the aspect of safety and hygienic modes of transport. Women-only trips have been gaining a lot of popularity and the average length of a women-only trip is as high as 5-7 days.

We live in times of smartphones and high internet penetration. Travel apps have been more popular than ever and travelers are expecting to make the most of their mobile phone devices not just to take pictures and post them on social media but also access travel-related information. 47 per cent women travelers demanded Wi-Fi hubs turn to the Internet for advice and information.