With Game of Thrones fever now here, it is time to take a closer look at the latest setting in the magical land of Westeros: Dragonstone. The winding staircase to the home of Daenerys Targaryen is actually a real place in Spain, and has its own complex history. 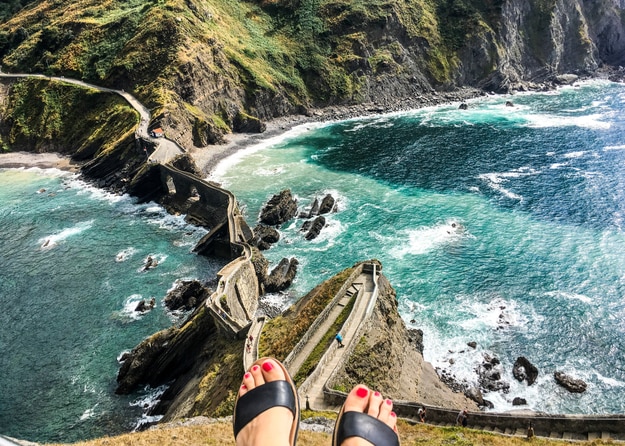 Season 7 of Game of Thrones introduced another magical location to the land of Westeros: Dragonstone. The island and castle of Dragonstone are not exactly new; they were the home of Stannis Baratheon before he set off for the Battle of Blackwater Bay. But with Daenerys Targaryen and her entourage completing their voyage across the Narrow Sea from Essos, the abandoned Dragonstone now has a home. If you want to find out how it felt for the last Targaryen (not really) to make her way back home after being exiled as a child, head to Spain, which serves as the setting for Dragonstone. ALSO READ: 6 places in India that are strikingly similar to Game of Thrones regions Also Read - UK Travellers Arriving From Spain Ordered to go For Quarantine

On the islet of Gaztelugatxe along the northern coast of Biscay lies the San Juan de Gaztelugatxe hermitage, with a 241-step twisting and steep staircase to the peak. This islet in Basque Country was what you saw in the episode ‘Dragonstone’, when the doors to the Targaryen family castle were thrown open for its rightful heir. Gaztelugatxe in Northern Spain is connected to the shore through a man-made bridge. Once you cross that bridge to the islet, you reach the staircase that you see on Game of Thrones. Also Read - Worse Yet to Come? India Overtakes Spain, Becomes 5th Worst Coronavirus-hit Country in World

The San Juan de Gaztelugatxe hermitage and church is a 10th century construction. Over the course of history, it was used as a convent, a a defensive outpost and a prison. It was demolished in 1886 before being built from scratch once more, but all the artifacts, like cannon balls and coins, were lost in the reconstruction. the building began as an outpost against Alfonso XI, the King of Castile. It was the site of the battle between the seven Biscay knights and the king. The hermitage was looted by the corsairs under Sir Francis Drake in 1596, with the hermit thrown off a cliff. Also Read - Belgian Prince Pays Heavily For Celebrations After Lockdown, Contracts COVID-19 Post a Party in Spain 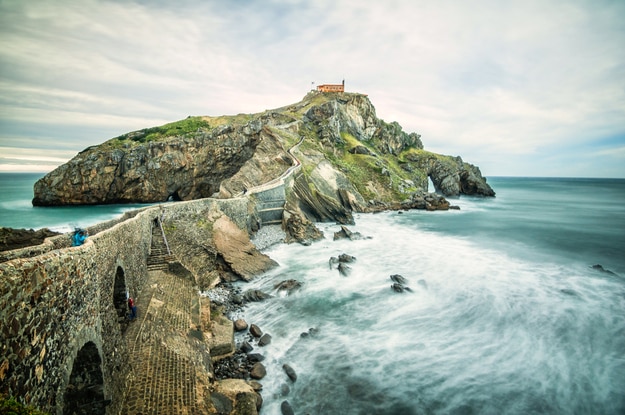 During the era of the Spanish Inquisition, many of those accused of witchcraft were locked in the San Juan de Gaztelugatxe caves. The Catholic Church believed that witches conducted their ritualistic meetings in Basque Country at the time, which is why it focused on catching hold of heretics from around the area. As the centuries passed, the building was abandoned and went into disrepair before its eventual demolition and rebuilding.

Located in the town of Bermeo, the church of San Juan de Gaztelugatxe lies a bridge away, from which you need to take the steps to reach the building. The twisting and steep staircase is open throughout the year, though the church is only open at certain times. According to tradition, ringing the bell of the church three times can grant your wishes and free you of all evil spirits. The church is dedicated to John the Baptist and sailors who were able to survive shipwrecks. Because of this, local fishermen visit the church to get blessings for fair weather and following seas.

As you make your way through the scenic staircase of San Juan de Gaztelugatxe, you will get to see Aketx island. From this vantage point, the island is said to look like a lion, which seems kind of foreboding given what house the lion symbolizes. Meanwhile, Game of Thrones Season 7 is boosting tourism in Croatia, Spain and Ireland.