We all know that Indian Prime Minister Narendra Modi started his journey from a tea stall before he rose to the highest office of the land. And if the latest plans materialize, you may soon be able to visit Modi's tea stall in Vadnagar station in Gujarat. 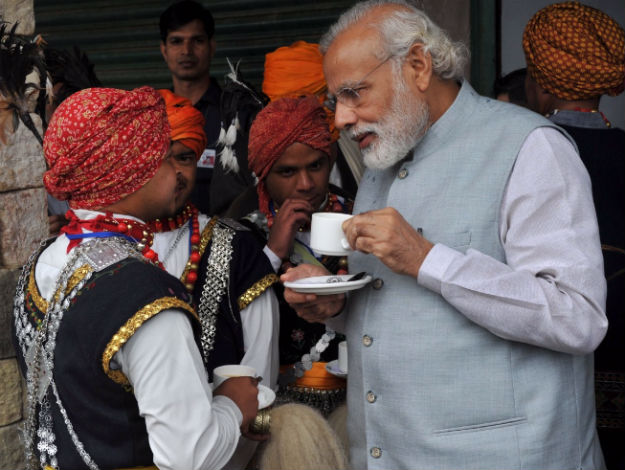 The story of Narendra Modi, the chaiwala who became Prime Minister, is inspiring to say the least. From his humble origins, helping his father sell tea at Gujarat’s Vadnagar railway station, to leading the state and ultimately the country itself, there are plenty of lessons to learn here. And soon, you may be able to visit the tea stall in Vadnagar that symbolizes Modi’s roots. Mahesh Sharma, Union Culture and Tourism Minister, has plans to turn the tea stall into a tourist spot. ALSO READ: PM Narendra Modi in Kedarnath: Char Dham Yatra 2017 significance for Hindu pilgrims
Also Read - On Phone, PM Modi Discusses COVID-19 Situation With French President Macron

Now, the tea stall will not be brought down to make a structure commemorating the Prime Minister’s early days. Instead, Sharma said that the tea stall will remain as is, with some modern touches here and there. Vadnagar railway station will also remain as it is. There is no plan to give a facelift to either the stall or the station. Still, Sharma noted that the ministries of railways and tourism are working to turn Vadnagar into a tourism spot. Also Read - Are Sanitary Napkins Not 'Essential' Enough to be COVID-19 Lockdown Exception?

Modi’s tea stall remains tucked inside the station, on its one platform. The platform itself is as basic as it gets, with minimal sheltering. Sharma’s plan, which covers other parts of Gujarat, will beautify and upgrade the railway station to some level in order to attract travelers and tourists. Sharma has said that he has already discussed plans for what to do with the station and stall. Meanwhile, members of the Archaeological Survey of India (ASI) and Ministry of Culture and Tourism visited Vadnagar town to assess the situation. Also Read - Reel Life Ram Arun Govil Watches Ramayan Along With His Grandchildren, Picture Goes Viral

Sharma noted that Modi’s tea stall is not the only attraction in Vadnagar. He said that the town is also Modi’s birthplace, and has the Sharmishta Lake and a step-well too. He added that the ASI has also found remnants of a ancient Buddhist monastery here. According to Dinesh Kumar, Ahmedabad’s Divisional Railway Manager (DRM), the whole Vadnagar development project could cost more than INR 1,000 crore. The project also covers the towns of Patan and Modhera. NOW READ: Prime Minister Narendra Modi tries his hand at drums in Mawphlang, Asias cleanest village!