You Probably Didn’t Know These 5 Interesting Facts About The Taj Mahal!

At one point of time, there were claims that the monument of love was a Hindu temple. 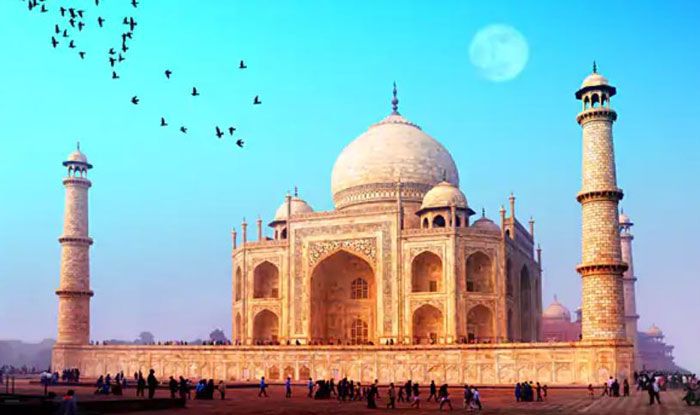 Over the centuries, the Taj Mahal has been at the center of several stories, some true while most of them not. At one point in time, there were claims that the monument of love was a Hindu temple, even though no evidence was found other than it being the mausoleum of Mumtaz Mahal. Apart from that, there were also claims that it had been constructed by a Hindu king. Also Read - UP Gram Panchayat Election LIVE Updates: Voting for Second Phase Begins in 20 Districts

The Taj Mahal, which was commissioned in 1632 by the Mughal emperor Shah Jahan to house the tomb of his favourite wife, Mumtaz Mahal, survived all claims. But there are some facts about the beautiful monument that most do not know about. Here are five: Also Read - Weekend Curfew Across States: Check Full List of Restrictions That Are in Place to Contain Coronavirus

1. Agra was not the original venue for the Taj Mahal. 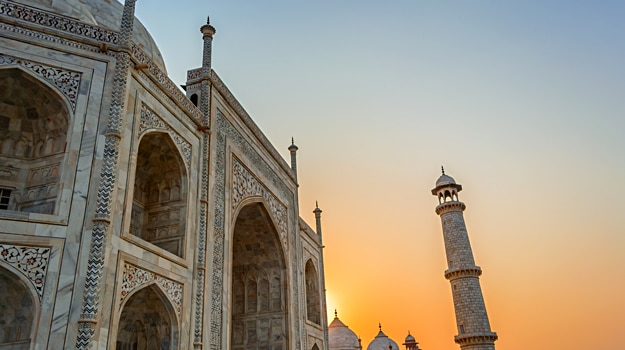 Agra has been on the world map for centuries simply for being home to the Taj Mahal. And to think that the Taj Mahal almost didn’t get built here? Gosh! But it is true. Agra was not supposed to be the original site of the Taj Mahal. Mumtaz Mahal, for whom the Taj is built, died during childbirth not in Agra but rather in a city called Burhanpur. Located in present-day Madhya Pradesh, Burhanpur was the original resting place of the empress and Shah Jahan had even marked out a site along the Tapti river to construct his iconic symbol of love. Sadly, Burhanpur couldn’t supply enough white marble to construct the monument and so, along with the Mughal court, Mumtaz Mahal’s remains were transported to Agra where work on the famous building we now know as the Taj began. The site was originally chosen for the Taj Mahal along the Tapti river still lies vacant, a silent reminder of the time that Burhanpur almost had a brush with history.

2. There never was a black Taj Mahal. 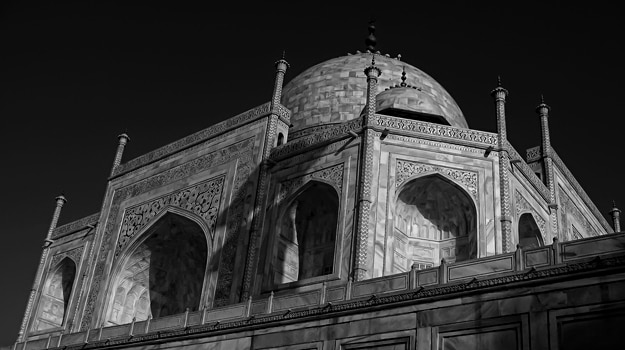 Yet another legend that persists about the Taj Mahal is that Shah Jahan wanted to construct a replica across the banks of Yamuna in black marble. The idea came from Jean-Baptiste Tavernier, a European traveler who was in Agra in 1665 and claimed that the plan was abandoned thanks to Aurangzeb, who overthrew and imprisoned his father Shah Jahan. And the theory gained ground when ruins of black marble stones were found in Mahtab Bagh, the garden across the river. But excavations carried out in the 1990s revealed that the marble stones were just white stones that had turned black over time. But the good folks from Archeological Society of India (or ASI) have since offered a far more plausible theory after they reconstructed part of the pool in Mahtab Bagh and saw the dark reflection of the white monument in the pool. The black Taj that legends spoke of, was in fact, just a reflection. 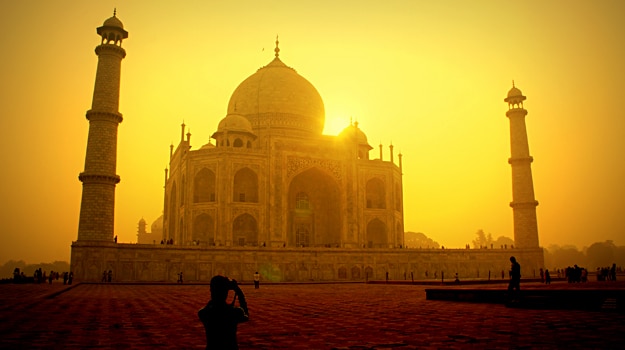 A man who went to such lengths to create a monument of love would kill and dismember the people who constructed it simply sounds wrong, doesn’t it? And it most likely is! There is absolutely no evidence that Shah Jahan may have committed brutal crimes such as the ones we grew up listening to.

4. The British had no plans of destroying the Taj Mahal. 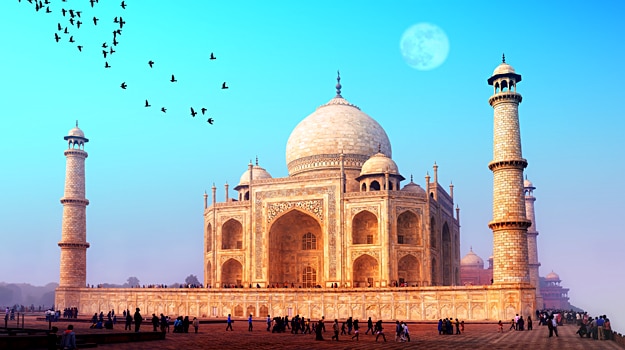 The man connected with this equally strange story is Lord William Bentinck, the governor-general of India who in the ’30s supposedly had plans to bring the Taj Mahal down and auction off the marble. Yet again, there is no evidence that suggests Bentinck had any such evil plans (and even if he did he never succeeded, obviously). That being said, his biographer John Rosselli points out that Bentinck did indeed auction off discarded marble from another monument in Agra, the Agra Fort.

5. A lamp inside the Taj Mahal has Lord Curzon’s name inscribed on it. 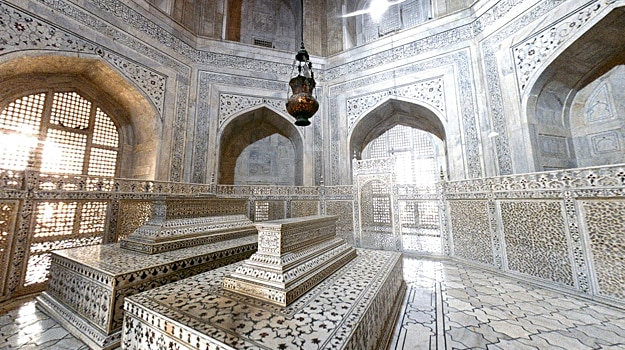 Lord Curzon, the Viceroy of India dedicated a great deal of time and money (both of the government and his own) to the Taj Mahal. The bronze lamp you see hanging over the false mausoleums of Shah Jahan and Mumtaz Mahal was one of Curzon’s gifts to the Taj Mahal. He was reportedly horrified looking at the smoky dim lamps that were used to show him around. And so it became his mission to install a lamp that would suit the Taj’s grandeur perfectly. One of the ideas he had for the lamp was to make a replica of the one that once hung from the mosque of Sultan Baibars I. As luck would have it, though, the lamp went missing and could not be traced to any museum. But local artisans came handy and they claimed to know exactly how the lamp looked. And so Curzon commissioned the creation of a lamp for the Taj Mahal after due consultations from two Egyptian scholars and an artiste called Todros Badir who was assigned the job. The lamp you see in the picture took two long years to make. And inside it is a dedication, inscribed in Persian to match the script used by calligraphers in the Taj: “Presented to the Tomb of Mumtaz Mahal by Lord Curzon, Viceroy 1906.”