Famous for the Chennakesava temple complex, Belur is a small town set on the banks of Yagachi river in Hassan district of Karnataka. Temples in the ancient city speak of the brilliance and exquisite craftsmanship of Hoysala architecture style. Belur was earlier called Velapuri and was the second capital of the Hoysala Empire. After the invasion of Delhi Sultanate, Belur became the capital. DO SEE

The prime attraction in Belur is the Chennakesava temple complex which has a shrine dedicated to Chennakesava (Lord Vishnu). The Kappe Chennigaraya temple, built by Shantaladevi, wife of Hoysala king Vishnuvardhana, stands next to it. There are two other temples in the complex. Pushkarni or the step well is another attraction. The temples are built of light green soapstone which allowed intricate detailing work on the walls. Ivory and sandalwood was also used to build sculptures in the temple. These temples are often compared with the those at Khajuraho. The Chennakesava temple is one of the classic examples of Hoysala architecture. 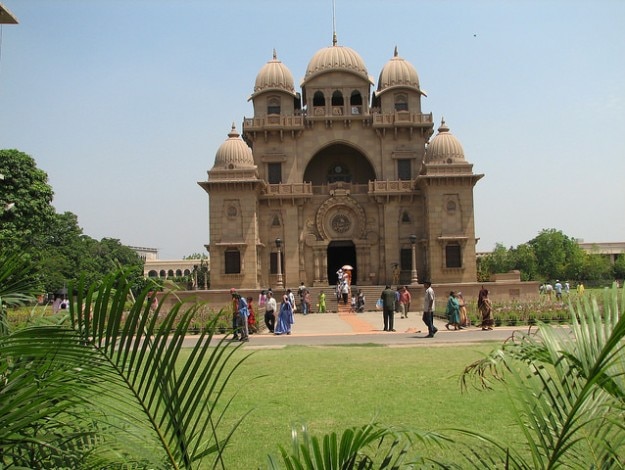 Dedicated to mark the victory of King Vishnuvardhana over Cholas in 1117, it is believed, the temples took 103 years to complete. Carvings on the temples depict episodes from the Mahabharata, Ramayana and the Upanishadas. Sculptures of birds and animals can also be seen.

Along with its twin town, Halebeedu, once the capital of Hoysalas and Shravanabelagola, it forms the Golden Triangle of Karnataka Tourism.

A trip to Belur is incomplete without a trip to Halebeedu.

BEST PLACES TO STAY IN BELUR

Belur offers decent mid-range hotels with good service. You can also stay at the state-run KSTDC guesthouse in Halebeedu though staying at Hassan (distance of 38 km) is a better option.

BEST PLACES TO EAT IN BELUR

Belur has a several restaurants that serve south as well as north Indian food. Finding restaurants which serve continental or non-veg food can be difficult.

The average minimum and maximum temperature of Belur is as given below. The best time to visit Belur is also specified.


Place to visit in BELUR

All Temples Historical Religious
View all places to visit in BELUR

View all articles about BELUR