Burhanpur in Madhya Pradesh is a town that could have been on the world map but isn’t. It was founded in 1400 AD by the Faruqi King, Nasir Khan on the north-western banks of river Tapti. The Faruqis ruled Burhanpur for the next two centuries. In 1600 AD, Mughal Emperor Akbar captured Burhanpur and for a century after that, until Aurangzeb’s death in 1707, it remained integral to Mughal ambitions in the Deccan. Burhanpur is still a city of great architectural importance, but its fame rests largely as a pilgrimage for Bohra Muslims and Sikhs. ALSO SEE Offbeat Places to Visit in Madhya Pradesh, The Heart of Incredible India 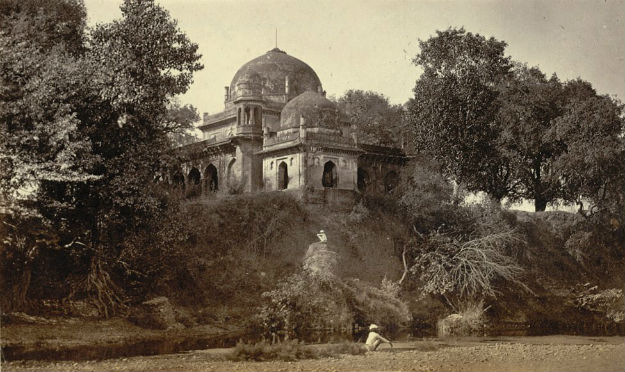 The most interesting fact about this little town is that it was originally supposed to be home to the Taj Mahal. Mumtaz Mahal, in whose memory the Taj Mahal was built, died in Burhanpur while giving birth to her 14th child and the queen’s body rested here for several months until it was moved with the Mughal court to Agra where the Taj now stands! The site originally chosen for the Taj Mahal along the Tapti river still lies vacant, a silent reminder of the time that Burhanpur almost had a brush with history.

BEST PLACES TO STAY IN BURHANPUR

BEST PLACES TO EAT IN BURHANPUR

You can find a few restaurants in Burhanpur. Mughlai cuisine is predominant in this region. One can find vegetarian as well as non-vegetarian food in Burhanpur. Photograph courtesy: Kirk Kittell/Creative Commons


Place to visit in BURHANPUR

All Forts Historical
View all places to visit in BURHANPUR

View all articles about BURHANPUR