Situated in southern India between the Western Ghats and the Arabian Sea, Kozhikode has been attracting travelers from antiquity. The city is also known by its Anglicized name, Calicut.

Lured by the spice trade, Phoenicians, Arabs and Chinese headed for its shores. When Vasco da Gama landed on its shores in 1498, he paved the way for the Dutch, the French and later the English. As the major trading point of eastern spices, Calicut was known as the ‘City of Spices’. ALSO SEE Malappuram tourist places that are totally worth a visit 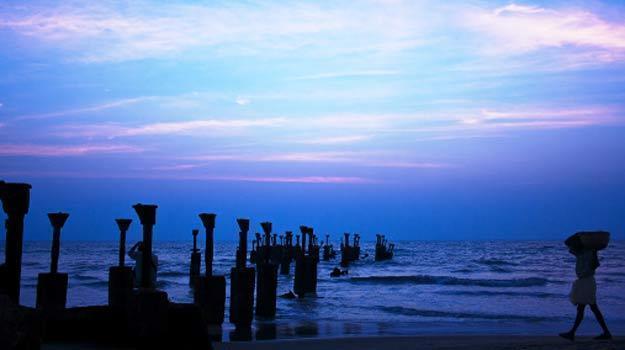 The city was founded in 1042 AD. The word Calicut is derived from Calico, hand-woven cotton cloth that was exported from Kozhikode. Kozhikode was the capital of the Kingdom of Samoothiris or the Zamorin. The Samoothiri Kingdom became powerful among the kings of Kerala due to the flourishing international trade. The Samoothiri Rajas were the arch enemies of the Rajas of Valluvanad. Rather than being enraged by the loss of land and defeat in wars, the Valluvanad kings were incensed after their rights to hold the Mamankam festival, held every 12 years, was usurped by their enemy.

To avenge the insult, Valluvanad Kings used to send an elite suicide squad called the Chaver Pada to assassinate the Samoothiri. In May 1498, Vasco da Gama arrived at the head of a naval fleet, opening a new chapter in history. The British extended their sway over Kozhikode and rest of Malabar after they defeated Tipu Sultan of Mysore.

BEST PLACES TO STAY IN CALICUT

Calicut offers accommodation options to suit every budget. Lodges, homestays and five-star luxury hotels are available in the city and surrounding areas. Backpackers and budget travelers can find rooms in the lodges across the city. Homestays are a good option for stay and the city has a large number of them. Some homestays provide pick-up and drop facilities to the airport and internet facility. The city also has luxury hotels and could cost Rs 8000 and upwards.

It’s advisable to make your reservations in advance.

BEST PLACES TO EAT IN CALICUT

Calicut is famous for its south Indian delicacies served at a number of restaurants. The staple food is rice served with many combinations, both vegetarian and non vegetarian. There are many deluxe hotels offering good ambiance and different cuisines.

The average minimum and maximum temperature of Calicut is as given below. The best time to visit Calicut is also specified.


Place to visit in CALICUT

All Wildlife Beaches
View all places to visit in CALICUT

THINGS TO DO IN CALICUT

All Shopping Events
View all things to do in CALICUT

View all articles about CALICUT

Things to Do in calicut