The beautiful hill station of Chamba in Himachal Pradesh is about 55 km from Dalhousie. Established by Raja Sahil Verma in 920 AD, the hamlet has retained its medieval charm. Along with pleasant climate, the picturesque hill station offers breathtaking sights of the snow-clad mountains and lush green forests. Chamba serves as a perfect summer getaway.

The snow-clad mountains in and around Chamba are extremely popular for snow skiing. Private and government-run organizations conduct river rafting excursions and river crossing exercises. Treks to Manimahesh start from Choughan in Chamba. 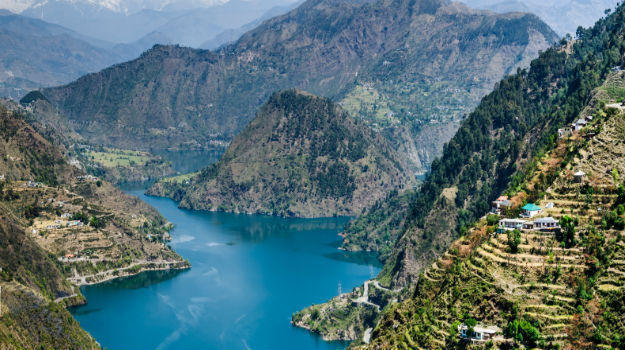 Lakshmi Narayan Temple and Chamunda Devi temple are some of the most popular shrines in Chamba. They display few of the best forms of art that existed in India. Scottish Church is the most significant structure built by the British during their rule in Chamba.

Rulers of Chamba laid great emphasis on promoting art. Thus, schools of art flourished between the 10th and the 17th century. The region was also influenced by Mughal miniature and mural art styles. Chamba is famous for its handicrafts made of wood and hand-woven textiles. Innumerable small scale emporiums have artisans producing handicrafts, chappals and textiles that are sold around the world.

Pahari paintings of Chamba are another prime attraction.

BEST PLACES TO STAY IN CHAMBA

Only mid-range and budget accommodation options are available in Chamba. Most of them are situated on Court Lane. There are no luxury hotels in Chamba but most hotels, motels, lodges and guesthouses provide scenic view of the snow-clad mountain ranges. Himachal Pradesh Tourism Department also runs hotels which provide budget accommodation.

BEST PLACES TO EAT IN CHAMBA

There are quite a few eating options in Chamba, but there aren’t too many fancy restaurants, obviously. You can find a lot of street stalls selling noodles, soups and dumplings.

Madra, a local delicacy made from rajma (red kidney beans) in curd is extremely popular.

The average minimum and maximum temperature of Chamba is as given below. The best time to visit Chamba is also specified.

Place to visit in CHAMBA

All Temples Museums Architecture
View all places to visit in CHAMBA

THINGS TO DO IN CHAMBA

View all articles about CHAMBA

Things to Do in chamba